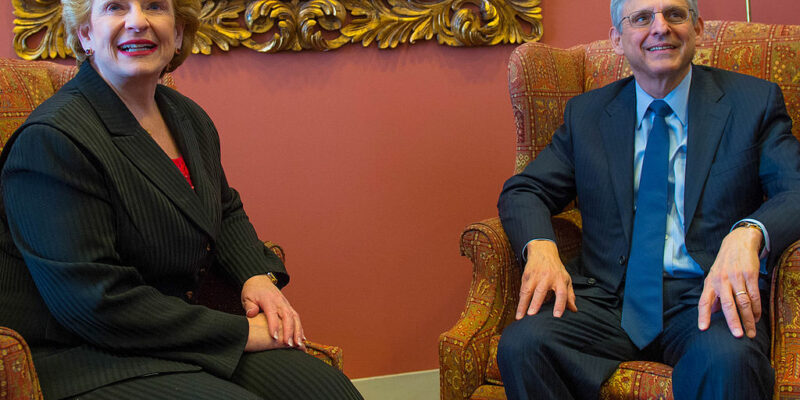 A pro-life volunteer has been shot in Michigan while campaigning against Proposal 3. The Detroit Free Press reports, “Right to Life of Michigan says one of its volunteers was shot Tuesday while canvassing for the upcoming election in Lake Odessa, a West Michigan village located between Lansing and Grand Rapids.

The organization said the 84-year-old was going door-to-door to talk about Proposal 3, a Nov. 8 election proposal seeking to enshrine abortion rights in the state constitution.

The volunteer was shot in the back/shoulder area while leaving a house during a heated conversation, the organization said in a media statement issued Saturday. She claims the man who shot her was not part of the conversation.

‘The victim does not know the identity or motive of her shooter,’ Right to Life said in in its release. ‘The victim is still recovering from her gunshot wound and wishes to remain anonymous while the criminal investigation proceeds.'”

The Biden Administration recently continued its habit of treating those who disagree with its policies as “semi-fascists” to justify deploying maximum violence against political opponents. In Pennsylvania, Mark Houck, a pro-life writer, sidewalk counselor and father, faced a SWAT team sent by AG Merrick Garland as they busted through his rural home to arrest him, terrifying his seven children.

Houck founded The King’s Men, a group that promotes healing for victims of sexual addiction and promotes Christian virtues among men in the United States and Europe. He allegedly

LifesiteNews writes, According to his wife Ryan-Marie, who spoke with LifeSiteNews, he also drives two hours south to Philadelphia every Wednesday to sidewalk counsel for six to eight hours at two different abortion centers. Ryan-Marie, who is a homeschooling mother, described how the SWAT team of 25 to 30 FBI agents swarmed their property with around 15 vehicles at 7:05 a.m. this morning. Having quickly surrounded the house with rifles in firing position, “they started pounding on the door and yelling for us to open it.”

Before opening the door, she explained, her husband tried to calm them, saying,” ‘Please, I’m going to open the door, but, please, my children are in the home. I have seven babies in the house.’ But they just kept pounding and screaming,” she said. When he opened the door, “they had big, huge rifles pointed at Mark and pointed at me and kind of pointed throughout the house,” Ryan-Marie described.

When they came in, they ordered the kids to stay upstairs. “Our staircase is open, so [the kids] were all at the top of the stairs which faces the front door, and I was on the stairs as well, coming down. The kids were all just screaming. It was all just very scary and traumatic,” she explained.

After asking them why they were at the house, the agents said they were there to arrest Mark. When Ryan-Marie asked for their warrant, “they said that they were going to take him whether they had a warrant or not.” When Ryan-Marie protested, saying that is kidnapping, “you can’t just come to a person’s house and kidnap them at gunpoint,” they agreed to get the warrant for her from one of their vehicles.

National Review described the incident, “The FACE violation charge was thrown out this summer, but was somehow picked up by the DOJ, she said. Houck also described an incident in which her husband ‘shoved’ a pro-abortion man away from his 12-year-old son after the man entered ‘the son’s personal space” and refused to stop hurling “crude… inappropriate and disgusting’ comments at the Houcks.

The man did not sustain any injuries, but did try to sue Houck.”

“This was a gross over-reach from the ‘justice’ department with excessive use of force and trumped up allegations and our story needs to be told truthfully,” Ryan-Marie Houck said in a text. “These are false allegations.” according to reports.

If convicted, Houck faces a maximum possible sentence of 11 years in prison, three years of supervised release, and fines of up to $350,000.

Steve Friend, an FBI Special Agent with SWAT, was made an example of after he tried to blow the whistle on the corruption of the FBI under President Biden. On Monday, the 12-year veteran was “stripped of his gun and badge, and escorted out of the FBI field office in Daytona Beach, Fla.,” after conscientiously objecting to taking part in the Bureau’s harassment of conservatives.

He told supervisors, “I have an oath to uphold the Constitution” before claiming his conscientious objection to taking part in an August raid on a suspect who allegedly participated in the mobbing of the Capitol on January 6, 2021. He continued: “I have a moral objection and want to be considered a conscientious objector.”

The New York Post said that Friend is not a fan of Trump and did not vote for him in the 2020 election. “He told his direct managers twice that he thought the raid and the investigative process that sparked it were constitutional violations of the subject’s rights to a fair trial and against cruel and unusual punishment.

LifeSiteNews also reported, “Since the Biden administration has taken power in January 2021, Garland’s Department of Justice and the FBI have committed dozens of SWAT team raids that have been characterized as a political “weaponization” of the federal agencies against pro-lifers, Trump supporters, conservative Christians, and medical freedom advocates.

In March, the FBI rounded up 10 pro-life activists, including Joan Andrews Bell, with SWAT team raids that serve to intimidate and humiliate the accused through an exercise of excessive force.

A surfaced video of one of these raids shows armed agents holding pro-lifers at gunpoint and ordering them to put their hands up, drop to their knees and scoot backward out their front door in the middle of the night. The pro-lifers are respectful and compliant throughout.”

The FACE Act raids against pro-lifers stand in stark contrast to the deafening silence that has come from the Biden White House from acts of violence against pro-life groups and Catholic churches.

In June, Jane’s Revenge, the pro-choice terrorist group that has claimed responsibility for the firebombing of dozens of pro-life pregnancy centers throughout the nation, recently released another threat. The group began perpetrating violence after a leaked draft of a Supreme Court ruling that showed the Justices intended to say that state legislatures should vote on abortion regulations rather than be handed down by courts.

Pro-choice terrorism against Catholic churches has especially been on the rise in light of Roe v Wade being overturned without as much as a peep coming from our nation’s second Catholic president.

In May, Catholic churches were attacked by pro-abortion activists. In some cases, the radicals promised to attack to steal and burn the eucharist. The Catholic News Agency has been tracking incidents.

A group of 20 House Republicans recently drafted a letter to Attorney General Merrick Garland and the Department of Justice demanding an investigation “into the estimated 160 anti-Catholic hate crimes in 37 states that have occurred in the past two years.”

The attacks have not deterred the church from taking a loud, pro-life stance. In Michigan, The Most Reverend Allen H. Vigneron Archbishop of Detroit, published an open letter to Catholics and asked all priests to preach against the Mitten State’s Proposal 3, a radical constitutional amendment to legalize abortion up to birth that was originally portrayed as merely lifting an outright ban of abortion in the state.

The Archbishop wrote, “We are less than two months from the November 8 election, during which voters in Michigan will decide on an issue of paramount importance to protecting the inherent, God-given dignity of all people.

Abortion advocates under “Reproductive Freedom For All” seek to amend the state constitution to allow unregulated abortion on demand through all nine months of pregnancy. This effort, primarily funded by out-of-state dollars, is spearheaded by Planned Parenthood and the ACLU. It will appear on the ballot as Proposal 3.

The implications of this proposal are vast and extreme. If passed, the proposal’s vague wording would result in the elimination of dozens of Michigan laws relating to abortion, including: laws prohibiting partial-birth abortion and taxpayer-funded abortion; laws requiring parental consent and informed consent for abortion; laws protecting the conscience rights of persons who refuse to participate in abortion, and more. The proposal would prohibit lawsuits from being brought against any individual for performing an abortion, even when complications result from the procedure.

Proposal 3 is not about protecting existing rights, but rather about revoking the right to life for an untold number of human beings.

This is a grave offense to the dignity and sanctity of unborn, innocent human life.”

We will have to wait and see if this stirs more radical violence from far-left terrorist groups in Michigan. Or will Garland send a SWAT Team to the Cathedral of the Most Blessed Sacrament in Detroit to nab Enemy Number 1?

Beto Attacks Biden As He Struggles In Texas