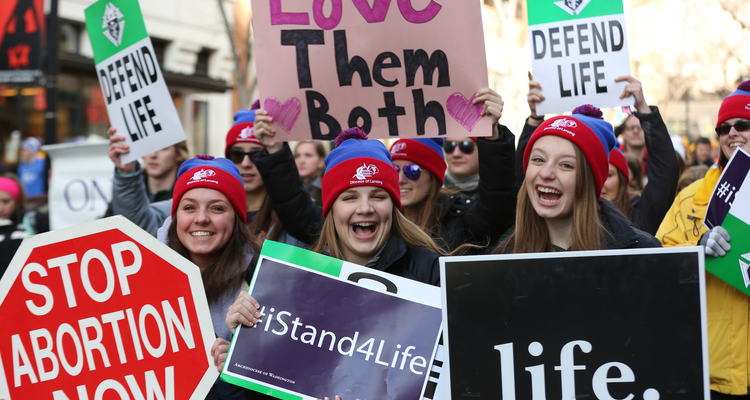 Update: The Post Millennial is reporting, “US Supreme Court Justice Samuel Alito, who wrote the leaked draft opinion in Dobbs v. Jackson, which is expected to overturn Roe v. Wade, has reportedly been moved to an undisclosed location with his family due to concerns for their safety.”

Andy Ngo reported, “At the Cathedral of Our Lady of the Angels in Los Angeles, left-wing protesters tried shutting down Sunday mass to protest in support of ab*rtion. They are forced out by security & parishioners.” Video can be seen here.

At Saint James Cathedral in Seattle, Pro-choice activists laid on the steps of covered in fake blood and soaked gowns, “mimicking a coat hanger ab*rtion” as mass was in session. Only police officers prevented them from attacking the mass itself.

The prospect of bringing the issue of ab*rtion to the voters to be negotiated through democratically-elected officials has made pro-choice radicals lose their minds. Earlier this week, radical liberals posted the address of Supreme Court Justices online. Then, a large group illegally gathered around Justice Brett Kavanaugh’s house to intimidate him into ruling out of fear rather than going by interpreting the law. But, the worst violence came over the weekend when radical pro-choice militants firebombed the headquarters of a pro-life organization in Wisconsin.

Wisconsin Family Action’s website states its stance on the issue of life: “We support the sanctity of human life from the moment of conception through natural death. This includes opposing legislation that promotes the destruction of human life – which starts at conception – through ab*rtion and other means. We support a woman’s right to learn about the ab*rtion procedure, the effects of ab*rtion on her and her unborn baby. We believe assisted s*icide and oppose any efforts to legalize it in Wisconsin. Further, we oppose stem-cell research that requires the destruction of human emb*yos.”

PJ Media reported the scene from the capital of Wisconsin and how liberal leaders, following President Biden’s lead, have downplayed the violence. “Madison police and fire departments were called to the office of Wisconsin Family Action (WFA) around 6 a.m. on Sunday after a passer-by reported smoke coming from the building. The flames were extinguished and thankfully, no one was injured. Investigators found a smashed window and at least one molotov cocktail that had failed to ignite. A fire inside the office burned books and damaged furnishings. Additionally, the building exterior was covered with spray-painted graffiti, including the anarchy symbol (an A inside a circle, also used by Antifa), the anti-police tag “1312” (which stands for ACAB — All Cops Are Bastards), and the threatening phrase, “If abortions aren’t safe then you aren’t either.”

‘We condemn violence and hatred in all forms, including the actions at Wisconsin Family Action in Madison last night,’ said Wisconsin Gov. Tony Evers, a Democrat, and ‘We reject violence against any person for disagreeing with another’s view.’ But Evers also felt the need to say, ‘We will work against overturning Roe and attacks on reproductive rights by leading with empathy and compassion. We will defend what we believe in with our words and our voices — in the streets, in halls of government, and at the ballot box.’

Madison Police Chief Shon Barnes also issued a mealy-mouthed statement. ‘The Madison Police Department understands members of our community are feeling deep emotions due to the recent news involving the United States Supreme Court,’ read the very first line. So, you know — if WFA didn’t want to get firebombed and vandalized, it shouldn’t have worn that short pro-life skirt.” Grafitti found on the wall said, “If abortions aren’t safe, then you aren’t either.”

Catholic Churches, who have longtime worked peacefully in pro-life efforts, have also come under attack. The group that posted the home addresses of the Supreme Court recently threatened to desecrate the sacrament of a parish in D.C. “Ruth Sent Us” tweeted the threat after the priest asked for supporters to pray, writing, “Stuff your rosaries and your weaponized prayer. We will remain outraged after this weekend, so keep praying. We’ll be burning the Eucharist to show our disgust for the abuse Catholic Churches have condoned for centuries.”

The same kind of language was used to justify a large-scale attack on Catholic churches throughout Canada last year. Several acts of arson and suspicious fires occurred between June and July 2021, destroying or defacing more than a dozen churches.

When the White House was asked about these kinds of outrages, the president’s spokesman expressed Biden’s opinion, “I think the President’s view is that there is a lot of passion.”

In his inaugural address, Biden promised that he’d lead a change in politics “Show respect to one another,” he asked. “Politics doesn’t have to be a raging fire, destroying everything in its path. Every disagreement doesn’t have to be a cause for total war, and we must reject the culture in which facts themselves are manipulated and even manufactured.” I guess things have changed.