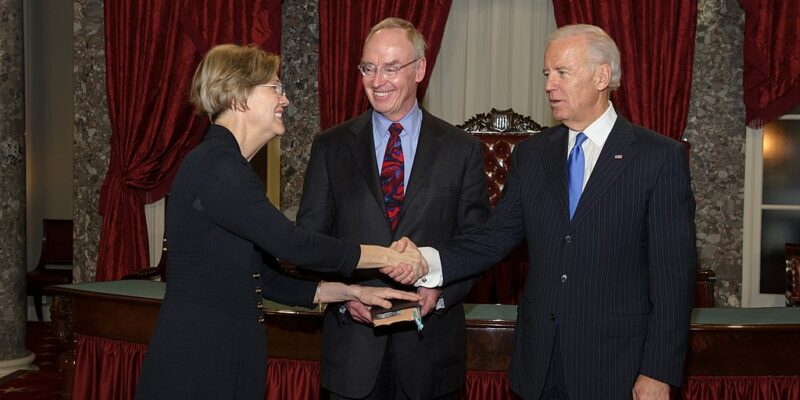 Joe Biden has looked increasingly off his rocker recently, but nothing might be able to top him threatening American citizens as he did earlier in the week in Pennsylvania. Echoing one of the worst members of the House of Representatives, Eric Swalwell, who threatened to use nuclear weapons against gun owners after having a romantic relationship with a Chinese spy, the President of the United States said that he would deploy the Air Force against gun owners if they stepped out of line and opposed gun confiscation.

There is always a chance that Biden has simply forgotten that he lost Afghanistan to the Taliban, with their famous air force and whatnot, which led to a humanitarian crisis. Still, either way, threatening Americans with our own military is beyond the pale.

Fox News reported, “President Biden took another swipe at supporters of the Second Amendment during his speech in Pennsylvania on Wednesday.”

Biden appeared in the battleground state to tout his latest “Safer America” agenda to promote efforts to support law enforcement and deter crime. Although his speech was primarily focused on his policies, Biden later turned his attention towards his political opponents, attacking Republicans for opposing actions on gun control.

Specifically, he attacked defenders of the Second Amendment who argue that the right is necessary for self-defense against foreign enemies and a tyrannical government.

“For those brave right-wing Americans who say it’s all about keeping America independent and safe, if you want to fight against the country, you need an F-15. You need something more than a gun,” Biden said

These statements are strange rhetoric from a party that has spent two years claiming a riot at the Capitol was worse than September 11 and almost toppled our government.

The president’s speech also included yet another stereotyping of African Americans, something Biden has done for decades and received “oh that’s just Joe being Joe” from the media. This time he oddly said, talking about a friend of his, “He used to go down in the East Side, what they call the bucket. Highest crime rate in the country. There’s a place where I was the only white guy that worked, was a lifeguard down in that area…. you could always tell where the best basketball in the state is.”

When he wasn’t making semi-racist comments, Biden’s bizarre speech further reflected the growing psychological projection that has gripped much of the Democratic Party. The president said, “Let’s be clear: You hear some of my friends in the other team talking about political violence and how it’s necessary.

Think about this now. Did any of you think, even if you’re as old as I am, you’d ever been an election where we talk about it’s appropriate to use force — political violence in America? It’s never appropriate. Never. Period. Never, never, never. No one should be encouraged to use political violence. None whatsoever. ”

If Obama had the Audacity of Hope, Biden has the audacity of cope. This president has been silent on the firebombing of pro-life centers, done little to support Supreme Court Justices targeted for assassination, and let protestors who firebombed a police car off with a slap on the wrist.

The president’s speech came in the aftermath of another outrageous outing a week or so prior where he labeled everyone who opposes him–and since his approval has hit near an all-time low, that’s a lot of people–as “semi-fascists.”

The Washington Post noted, “Throughout his presidency, Joe Biden has been cautious with his rhetoric, often avoiding any deep discussion of his predecessor — whom he initially would not even call by name, referring to him as ‘the former guy’ — and generally skirting around the kinds of broad denunciations of the Republican Party that other Democrats gladly participated in.

But that Joe Biden has faded.

On Thursday night, he used newly ramped-up rhetoric in ways that the White House and Biden’s political advisers are signaling will be part of a no-holds-barred strategy for the midterms. The president accused the GOP of ‘semi-fascism’ and said he doesn’t respect, and can’t work with, ‘MAGA Republicans’ who he said ’embrace political violence.’ He hardened his assertion that democracy is under threat, and said the country could be facing the sort of test that comes every few generations, ‘one of the moments that changes everything.'”

The explanation “that Joe Biden has faded” appears twofold. Our doddering and sometimes confused president relies heavily on his staff to tell him what to say or even where to stand and when to sit in his chair. During discussions about his signature bill, Senator Joe Manchin mentioned that the White House is “staff-driven” rather than driven by the president.

When combined with the mass exodus of his staff that has occurred over the past year, the Biden administration is now run by very online, very left young liberals. As Politico noted, “The problem with this permanent class of young staffers is that they tend to hold views that are both more liberal and more ideologically motivated than the views of the coveted median voter, and yet they yield a significant amount of influence over the party’s messaging and policy decisions. As a result, Democrats end up spending a lot of time talking about issues that matter to college-educated liberals but not to the multiracial bloc of moderate voters that the party needs to win over to secure governing majorities in Washington.”

While their obsession with winning Twitter fights rather than political campaigns might be amusing, they also are driving policy decisions that could have a detrimental impact on the country.

The hard left turn in the president’s young staff was most recently exemplified in Biden’s radical plan to wave his hands and give predominantly white, wealthy, liberal-leaning college graduates $10,000 at the expense of everyone else.

The Washington Post described how Biden, who used to oppose the measure, changed his mind, “That began to change because of the work of a group of activists — many of whom were heavily indebted — backed by Sen. Elizabeth Warren (D-Mass.). Supporters of a ‘debt jubilee’ argued that reforming tuition would do little for the graduates already saddled with mountains of debt and afflicted by a job market that was weak for years after the recession. Seeking to harness that frustration, Warren and Sen. Bernie Sanders (I-Vt.) unveiled aggressive student debt cancellation planks in their 2020 presidential campaigns.

Aiming to unify the Democratic Party after the bruising 2020 primary, Biden endorsed the cancellation of at least $10,000 in debt per borrower after he won the nomination. When he took office, Warren allies secured key administration posts in economic and education policy: Julie Morgan, a Warren aide who developed the legal rationale for debt relief, became a deputy undersecretary at the Education Department. Richard Cordray, a former Warren adviser at the Consumer Financial Protection Bureau, was appointed the chief operating officer in the Office of Federal Student Aid. Bharat Ramamurti, Warren’s 2020 head of economic policy, joined the White House National Economic Council as deputy director.

Ramamurti in particular would later prove crucial in persuading Biden to get behind debt cancellation amid skepticism from other parts of the administration, as part of a team led with Rice and other senior White House officials Carmel Martin and Brian Deese.

‘Working with the Biden transition to get key people throughout the White House and in places like the Department of Education set the stage for many allies to be in the room as this was being discussed,’ said Adam Green, a Warren ally.”

The country may have elected Joe Biden to be a moderate who unifies the people under a common goal, but, as has been noted for over a year now, he’s incapable of standing up to his staff. After months of him complaining about them “cleaning up” the few times he says what he thinks, the President of the United States seems to have given up and accepted a sad matter of fact: Joe Biden might live in the White House, but it’s Elizabeth Warren who’s running the country.

Online Woke Lose Minds That Actress Might Be Republican, Little Leaguers Goof Off In Stands