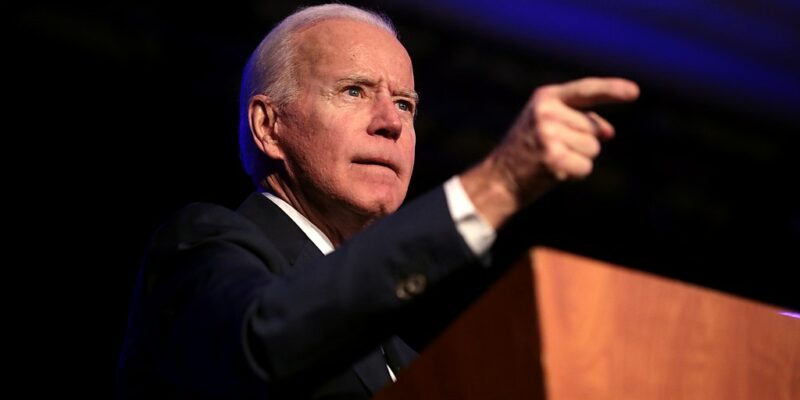 It’s often said about politics that a gaffe is when a politician accidentally tells the truth, which I suppose in a way makes Joe Biden one of the most honest presidents we’ve ever had. Over Memorial Day Weekend, Biden outed what liberals actually want to do with gun control: it isn’t merely regulating assault rifles. This should only add to his disapproval ratings.

According to the New York Post, “President Biden ranted against ownership of what he called “high-caliber weapons” Monday — appearing to suggest that there should be restrictions on the most popular handgun in America, the 9mm pistol, and repeating a previously debunked claim that the Second Amendment prohibits ownership of cannons.

Speaking to reporters outside the White House after returning to Washington from a weekend that included a visit to the site of last week’s mass shooting in Texas, Biden recounted a visit to a trauma hospital in New York, where he said doctors had showed him X-rays of gunshot wounds caused by various firearms.

Biden’s statements about 9mm pistols are in keeping with his rhetoric before entering the White House. At a 2019 fundraiser in Seattle, for example, then-candidate Biden asked his audience: “Why should we allow people to have military-style weapons including pistols with 9mm bullets and can hold 10 or more rounds?”

According to Shooting Industry magazine, 9mm pistols accounted for 56.8% of all handguns made in the US during 2019. In all, more than 15.1 million 9mm guns were produced in this country during the 2010s. The possibility of outlawing or otherwise regulating such weapons is likely to be a non-starter among conservatives and gun rights advocates.”

During his first address to Congress, President Biden said, “Talk to most responsible gun owners and hunters. They’ll tell you there’s no possible justification for having 100 rounds in a weapon. What do you think — deer are wearing Kevlar vests? They’ll tell you that there are too many people today who are able to buy a gun but shouldn’t be able to buy a gun.” His aim, he made it seem, was to focus assault weapons, not handguns, which are usually the most popular kinds of gun purchased by women.

Biden’s change of heart should not be a surprise. The president has a long history of supporting gun control. In 2020, his campaign website bragged, “Joe Biden has taken on the National Rifle Association (NRA) on the national stage and won – twice. In 1993, he shepherded through Congress the Brady Handgun Violence Prevention Act, which established the background check system that has since kept more than 3 million firearms out of dangerous hands. In 1994, Biden – along with Senator Dianne Feinstein – secured the passage of 10-year bans on assault weapons and high-capacity magazines. As president, Joe Biden will defeat the NRA again.”

The president may have inadvertently said the quiet part out loud about the entire gun control project, but it’s not that gun owners weren’t already on to the scheme.

The American Journal of Preventive Medicine showed in a 2019 study of gun owners that “The primary reason given for owning a gun was defense (59.4%), followed by recreation (26.8%)….The majority of gun owners viewed gun control advocates as wanting to take away all guns (58.5%). Nearly 70% of gun owners reported that a reason for their reluctance to engage in gun violence prevention was that they feel alienated because they perceive gun control advocates as blaming them for the gun violence problem, not understanding gun ownership, and not understanding much about guns.”

For their part, gun control supporters have also shown “exasperation” with President Biden. The White House has passed the buck on regulating guns. The president recently said that “it’s up to Congress to outlaw assault weapons and strengthen background checks for gun sales, telling reporters: ‘I can’t dictate this stuff.'”

NBC News recently did an investigative report about how the White House is “adrift,” showing a president isolated and with staff who does not respect him and instead treats him like a senile grandpa. The article stated, “Beyond policy, Biden is unhappy about a pattern that has developed inside the West Wing. He makes a clear and succinct statement — only to have aides rush to explain that he actually meant something else. The so-called clean-up campaign, he has told advisers, undermines him and smothers the authenticity that fueled his rise. Worse, it feeds a Republican talking point that he’s not fully in command.”

Almost the entirety of Democrats are expecting a massive blowout by Republicans during the midterms. Centrist Democrat Rep. Stephanie Murphy went after the White House for completely failing to take on the economic woes of the nation. She told NBC, “If I sound frustrated, it’s because I hear from my constituents,” Murphy said. “They’re struggling. This is not a time for political games. It’s not the time for finding bogeymen.”

Biden’s approval is above water in only three states, Hawaii, Vermont, and Massachusetts. The president’s home state of Delaware saw only 35 percent approve of how he’s handling the job of president. According to the recent Emerson poll, his job approval remains one of the lowest of all time, coming in at 38 percent approval and 52 percent disapproval.