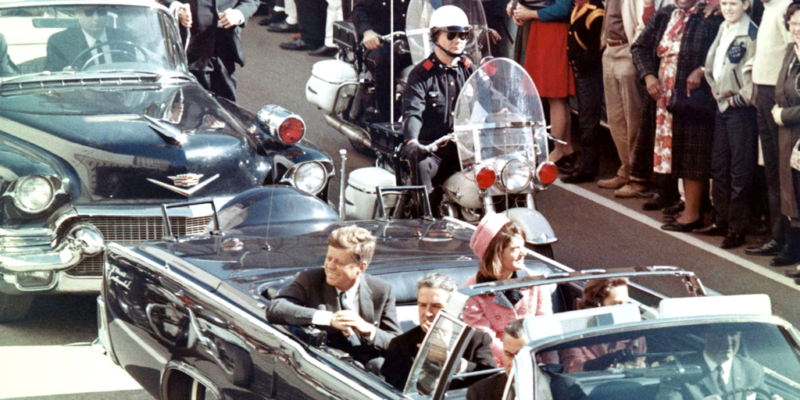 America’s two top intelligence agencies are under fire again for working against the people. The FBI has long been in the sights of Republicans for spying on President Trump and abusing their power by sending SWAT teams to go after pro-lifers at the behest of the White House, but now it appears that they were working directly with leftwing tech executives to help steer the election to Joe Biden. by censoring conservatives.

Ohio representative Brad Wenstrup recently claimed that trust in the FBI has waned in Congress as a bipartisan group of members has taken a more skeptical eye to the bureau.

The Washington Examiner wrote, “Taking note of the recent Twitter Files report that the social media giant had “constant and pervasive” communications with the bureau, Wenstrup lamented how the FBI had become politicized in recent years.

“The trust in our agencies, the FBI, and intelligence community is certainly waning even amongst politicians and to some degree on the other side of the aisle,” Wenstrup told Fox News. “I grew up watching a show called FBI where they went out and caught criminals. Now it seems like they’re more interested in hunting down opinions or even facts that they don’t seem to like, but the laundry list goes on.”

The FBI’s coordination with Twitter was not Wenstrup’s only gripe with the bureau. He rattled off a litany of grievances with the bureau, adding that it is often “stonewalling us” and officials “don’t answer our questions.”

“You know, the Inspector General had shown how the FBI abused the FISA court, we saw how the FBI aided and abetted the false Russian narrative — Russian collusion narrative. We saw them say that Hunter Biden’s laptop was misinformation. And clearly, it wasn’t and we know that now. It just goes on and on,” the Ohio Republican said.

Since buying Twitter earlier in the year, Elon Musk has been releasing documents showing how corrupt those in charge of Twitter were when it came to politics and censorship. In part six of what’s been labeled “The Twitter Files” journalist Matt Taibbi discussed a cache of documents that showed how the FBI worked with Twitter to shut up conservatives.

Fox News wrote, “‘The #TwitterFiles are revealing more every day about how the government collects, analyzes, and flags your social media content. Twitter’s contact with the FBI was constant and pervasive, as if it were a subsidiary,” Taibbi began the thread on Friday. “Between January 2020 and November 2022, there were over 150 emails between the FBI and former Twitter Trust and Safety chief Yoel Roth… a surprisingly high number are requests by the FBI for Twitter to take action on election misinformation, even involving joke tweets from low-follower accounts.”

In response to the ‘Twitter Files,” a spokesperson for the FBI told Fox News Digital, ‘The FBI regularly engages with private sector entities to provide information specific to identified foreign malign influence actors’ subversive, undeclared, covert, or criminal activities. Private sector entities independently make decisions about what, if any, action they take on their platforms and for their customers after the FBI has notified them.”

Taibbi highlighted the FBI’s social media task force established after the 2016 presidential election that assigned as many as ’80 agents’ to monitor foreign interference prominently featured in the Twitter Files.

Taibbi wrapped up his thread by telling his followers, ‘The takeaway: what most people think of as the “deep state” is really a tangled collaboration of state agencies, private contractors, and (sometimes state-funded) NGOs. The lines become so blurred as to be meaningless.'”

While the FBI deals with having the curtain pulled to show its intrusion into our lives, the CIA is still doing its best to hide how it has impacted our history, including the assassination of John F. Kennedy in 1963.

This week, Tucker Carlson took on the CIA, claiming that he had a bombshell sources who told him that the agency worked closely with Oswald to assassinate the 35th president. He said, “Today we spoke to someone who had access to the still-hidden JFK files, and is deeply familiar with their contents. We asked this person directly: did the CIA have a hand in the murder of John F. Kennedy?

Here’s the reply: ‘The answer is yes. I believe they were involved.'”

Today we spoke to someone who had access to the still-hidden JFK files, and is deeply familiar with their contents. We asked this person directly: did the CIA have a hand in the murder of John F. Kennedy?

Here’s the reply: "The answer is yes. I believe they were involved." pic.twitter.com/3EURZcsaR2

Earlier in the week, the National Archives released 13,173 new documents related to the official investigation into the 1963 assassination of President John F Kennedy, but President Biden, just like Donald Trump before him, suspiciously blocked over 70 papers from being released despite being required to do so by law.

In a memo, President Biden wrote that he was withholding some of the documents to “protect against an identifiable harm to the military defense, intelligence operations, law enforcement, or the conduct of foreign relations that is of such gravity that it outweighs the public interest in disclosure.”

Previously Biden had campaigned on full disclosure of the JFK assassination, but like Trump, lobbying by the agencies changed his mind.

Carlson also said, “That would be thousands of pages of documents after nearly 60 years, after the death of every single person involved. But we still can’t see them. Clearly, it’s not to protect any person. They’re all dead. It’s to protect an institution. But why? Well, today, we decided to find out. We spoke to someone who had access to these still hidden CIA documents, a person who was deeply familiar with what they contained. We asked this person directly, ‘Did the CIA have a hand in the murder of John F. Kennedy, an American President? And here’s the reply we received verbatim. Quote, ‘The answer is yes. I believe they were involved. It’s a whole different country from what we thought it was. It’s all fake.’”

“The JFK records act, signed by President Bill Clinton, required that the documents be made public by Oct. 26, 2017, but President Donald Trump delayed the release and kicked the can to Biden, who critics say continued the policy of federal obfuscation that has existed since Kennedy was assassinated Nov. 22, 1963, in an open motorcade at Dealey Plaza in Dallas,” according to NBC.

The hidden documents, however, could also show something potentially more sinister: CIA contacts with Oswald while Kennedy was still alive, which the CIA has repeatedly covered up, according to experts like Rolf Mowatt-Larssen, a former CIA agent who is critical of the agency and has lectured about JFK’s assassination at Harvard University.

“What I think happened, in a nutshell, is that Oswald was recruited into a rogue CIA plot,” Mowatt-Larssen said. “This group of three, four or five rogues decided their motive [was] to get rid of Kennedy after the Bay of Pigs and the Cuban Missile Crisis because they thought it was their patriotic duty given the threat the country was under at the time and their views, which would be more hard-line or more radically anti-communist and very extreme politically.”

The Kennedy family responded positively to Carlson’s monologue. The slain president’s nephew, Robert Kennedy, Jr. said that it was “the most courageous newscast in 60 years.”

The most courageous newscast in 60 years. The CIA’s murder of my uncle was a successful coup d'état from which our democracy has never recovered. @TuckerCarlson https://t.co/qJ1sUdhe4t

It’s healthy for there to be skepticism of our intelligence agencies. That’s what part of living in a democracy is all about. The question is, will either agency follow the spirit of their missions and our Constitution and be willing to come clean about their mistakes?

Donald Trump and Joe Biden both weren’t up for the task. Maybe the next president will be. The Dallas Morning News noted that almost three-quarters of voters want to know the truth and think the White House should comply with the law.