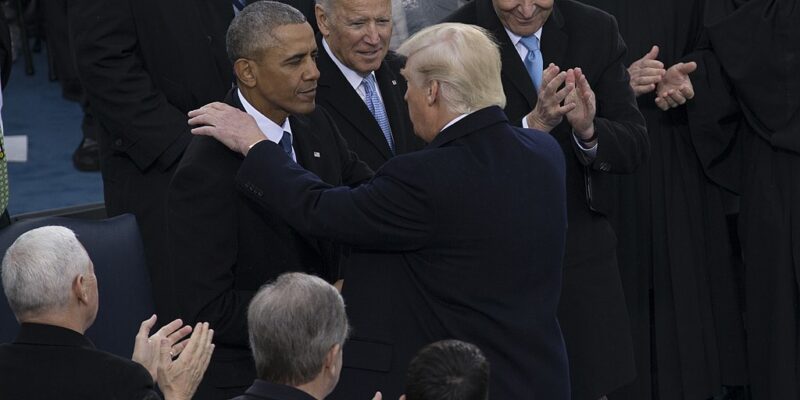 It looks like Joe Biden has decided to “build the wall” after all, finishing Donald Trump’s border project in Yuma, Arizona. The area has become a flashpoint in the political fight over immigration, and its ease of allowing people to walk into the United States has made it the third busiest crossing in the country.

During the 2020 campaign, then-candidate Biden promised he would never finish building Trump’s “big beautiful wall.” During an interview with journalists from the National Association of Black Journalists and National Association of Hispanic Journalists, he told NPR, “There will not be another foot of wall constructed on my administration, No. 1. I’m going to make sure that we have border protection, but it’s going to be based on making sure that we use high-tech capacity to deal with it. And at the ports of entry — that’s where all the bad stuff is happening.”

One of his first acts as president came in the form of a presidential proclamation stopping the construction of the wall. The president wrote, “Like every nation, the United States has a right and a duty to secure its borders and protect its people against threats. But building a massive wall that spans the entire southern border is not a serious policy solution. It is a waste of money that diverts attention from genuine threats to our homeland security. My Administration is committed to ensuring that the United States has a comprehensive and humane immigration system that operates consistently with our Nation’s values.”

Over the past couple of years, millions have come to the southern border seeking entry into the United States. The New York Times reported that “the journey north for migrants crossing into the U.S. from Mexico is usually dangerous and sometimes fatal. Smugglers often transport large numbers of people in trailers, vans or S.U.V.s through remote areas in sweltering weather. And in recent years, dozens of migrants have died in crashes while traveling north.”

There have been over 1000 fatalities of migrants at the southern border since Joe Biden came to office. Many of them from drowning in the Rio Grande or exposure to the Arizona desert.

Over the past few months, the governors of Arizona and Texas have bused thousands of migrants to Washington, D.C. This past week led that city’s mayor to ask for help from the National Guard. The president has decided that enough is enough.

NBC has the details: The Biden administration on Thursday authorized completion of the Trump-funded U.S.-Mexico border wall in an open area of southern Arizona near Yuma, where four wide gaps make it among the busiest corridors for illegal crossings.

The Department of Homeland Security said in a statement that the work to complete the project near the Morelos Dam will better protect migrants who can get hurt slipping down a slope or drown walking through a low section of the Colorado River.

Completion of the wall was at the top of former President Donald Trump’s agenda, and border security remains a potent issue for candidates of both parties going into this year’s primary elections. President Joe Biden halted new wall construction after he took office, but he has since made closing the gaps just south of Yuma a priority.

The statement announcing Homeland Security Alejandro N. Mayorkas had approved the work to be done by Customs and Border Protection emphasized the area’s “safety and life hazard risks for migrants attempting to cross into the United States.”

“The U.S. recorded more stops along the Mexico border so far in Fiscal 2022 than in any accounting year in the 20-year history of the Department of Homeland Security — with three months still to go.

In all, 207,416 migrant encounters were recorded in June, according to U.S. Customs and Border Protection, for a total of 1,746,119 stops along the southern border since Oct. 1 — the most the agency has recorded for any fiscal year since 1960,” according to the New York Post.

Arizona Democratic Senator Mark Kelly has been pressing President Biden to finish the wall in Yuma and asked for a stricter policy on the border, but he has often swayed back and forth on the issue. Sometimes he has been a proponent of “closing the gaps” in the wall in southern Arizona for quite some time; other times, though, he has voted to cancel funding for the wall’s construction.

Not everyone in Arizona is happy that the wall is going to continue going up, however. Arizona environmentalist Myles Traphagen has mapped ecological damage caused by border wall construction and has said that closing the gaps will be disastrous for wildlife.

In an interview with The New Yorker, Traphagen, who “has spent the past four years mapping the four hundred and fifty-eight miles where the Trump Administration erected a wall from Texas to California,” said, “Animals have been migrating through this route for tens of thousands of years. If we cut off this population, we’re essentially altering the evolutionary history of North America.”

In an interview with the AP picked up by local Arizona news, the environmentalist called the Yuma area the “new Ellis Island for Arizona, with people arriving there from countries as disparate as Ethiopia, Cuba, Russia, Ukraine, India, Colombia and Nicaragua.”

He continued: “People have traveled halfway around the globe on planes, trains and automobiles,” he said, “so to expect that closing four small gaps is going to make them turn around and book a return flight on Air Ethiopia is sheer fallacy.”

Pro-immigrant groups expressed dismay at the news of Biden finishing Trump’s most significant campaign promise. The largest non-profit immigration service in Texas, for example, the Refugee and Immigrant Center for Education and Legal Services, tweeted, “Joe Biden is building the wall. His closest advisors are immigration hard-liners, who think that being tough on immigrants will win influence over Republicans. It’s a shame that Biden has continued to carry out the worst of Trump’s immigration policies.”

When asked why the Biden Administration was finishing the wall that their predecessor had begun, White House spokesperson Karine Jean-Pierre tied herself into knots as she insisted, “We are not finishing the wall. We are cleaning up the mess the prior administration left behind in their failed attempt to build a wall.”

In 2019 she called the wall that President Biden will be completing “bigoted.” The press conference concluded without the Jean-Pierre saying whether or not “Mexico would pay for it.”