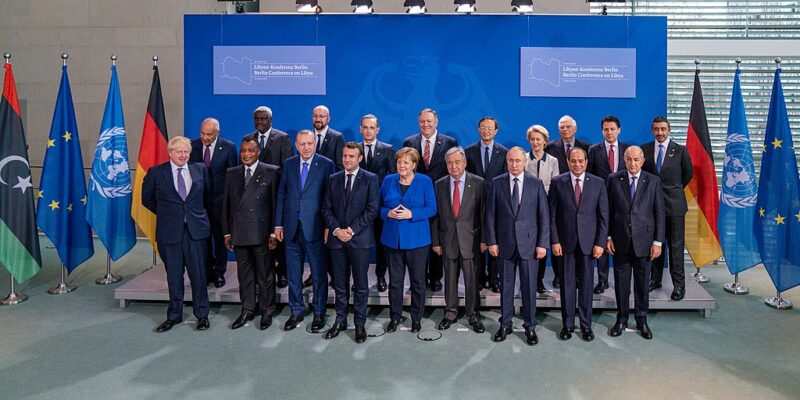 Following Justice Alito’s opinion that returned the authority over abortion laws “to the people and their elected representatives,” European hypocrites attacked American democracy to get some likes on social media from liberals in the United States.

Almost all of Europe has stricter abortion laws than the law held up by the Supreme Court, and it showed that the European leaders, called “world leaders” by CBS, had no idea what they were talking about. Remember the Mississippi law at the heart of the Dobbs case lowered abortion on demand limitations to 15 weeks into the pregnancy.

Here’s a rundown of what these “world leaders” said and the laws regulating abortion in their countries:

Prime minister Boris Johnson said, “Look, I’ll be absolutely clear with everybody. This is not our court. It’s another jurisdiction. But clearly, it has massive impacts on people’s thinking around the world. It’s a very important decision.”

“But I’ve got to tell you I think it’s a big step backwards, I’ve always believed in a woman’s right to choose and I stick to that view and that’s why the U.K. has the law that it does and we recently took steps to make sure those laws were enforced throughout the whole of the U.K.”

Meanwhile, the leader of Scotland called the overturning of Roe v Wade, “One of the darkest days for women’s rights in my lifetime. Obviously the immediate consequences will be suffered by women in the US – but this will embolden anti-abortion & anti-women forces in other countries too. Solidarity doesn’t feel enough right now – but it is necessary.”

In England and Scotland, you have to have an excuse for an abortion, even if they aren’t high hurdles, that’s still more restrictive. Here is what their law says:

(b)that the termination is necessary to prevent grave permanent injury to the physical or mental health of the pregnant woman; or

(d)that there is a substantial risk that if the child were born it would suffer from such physical or mental abnormalities as to be seriously handicapped.”

The abortions also “have to be approved by two doctors. They must agree having the baby would pose a greater risk to the physical or mental health of the woman than a termination.”

Spain’s Socialist Party Prime Minister Pedro Sánchez said, in a social media post translated from Spanish. “We cannot take any rights for granted. Social achievements are always at risk of going backwards and their defense has to be our day to day. Women must be able to decide freely about their lives.”

The New York Times reported that in the traditionally Catholic country, abortion is legal, but few doctors will perform them. The law in Spain is more restrictive than Mississippi. The newspaper said, “Spain liberalized its abortion laws in 2010. In the years before, it allowed women to get abortions in only extraordinary circumstances, but the new laws allow all women to get the procedure in the first 14 weeks of a pregnancy, without restrictions.”

In 2015, Sanchez “mistakenly” voted for a law requiring parental consent for abortions performed on those younger than 18.

“The right to abortion can either be banned or tightened in several US states after the US Supreme Court has now overturned the historic ruling from 1972 that surely American women have this right,” Norwegian Prime Minister Jonas Gahr Støre said. He continued: “This is a serious step backward for women’s rights!”

The law in Norway is much stricter than the United States. Here’s how it is explained on the nation’s website:

“Women’s right to choose an abortion is regulated by The Act Relating to the Termination of Pregnancy of 1975. When the act was introduced, the woman had to fill out an application, then a committee of doctors decided if an abortion could be granted or not. In 1978 women themselves were granted the right to decide whether to terminate their pregnancies or not. This right is limited in time, and is valid until the end of the twelfth week of the pregnancy.

The Abortion Act regulates the rights and duties of women, doctors, and hospitals in connection with induced abortions. Most countries in Europe allow women the right to terminate a pregnancy within the twelfth week, but legislation varies somewhat.

To have an abortion, the woman must herself fill out a form at a doctor’s office, whether that be a general practitioner’s office, or at a hospital. The doctor is under professional secrecy. If the woman is under 16 years of age, the law states that parents or guardians should be allowed to make a statement, unless there are weighty reasons against it. The woman’s opinion is always consulted.

According to the law, abortions between the twelfth and the eighteenth week of the pregnancy may be granted under certain circumstances. These include the mother’s health or her social situation; if the baby is in great danger of severe medical complications; or if the woman has become pregnant while under-age, or after sexual abuse. After the eighteenth week the reasons for terminating a pregnancy must be extremely weighty. An abortion will not be granted if the foetus is presumed to be viable at the time that the abortion is carried out.”

French President Emmanuel Macron took to social media as well, writing, “Abortion is a fundamental right for all women. It must be protected. I express my solidarity with the women whose freedoms are today challenged by the Supreme Court of the United States of America.”

France recently expanded it’s abortion laws from 12 weeks (3 weeks more restrictive than Mississippi) to 14 weeks (one more week restrictive than Mississippi). During the parliamentary fight over the expansion, guess who opposed raising the limit to 14 weeks? You guessed it: Emmanuel Macron. The French president opposed extending the limits because of “the trauma it is for a woman to have an abortion,” adding “all the gynecologists say it, it is more traumatic to have an abortion” in these extended delays.”

The entire panic over yesterday’s ruling was a good reminder that many pro-choicers do not know that abortion is relatively easy to acquire in most of the United States, even after the ruling. Republicans are already offering a 15 week abortion regulation similar to Mississippi’s more-liberal-than-Europe’s restrictions.

Prior to Dobbs, abortion in the United States looked more like China and North Korea than France or Spain. By allowing our democracy to work, we will be joining most of the free world, not fleeing from it.

Liz Cheney Begs Wyoming Democrats To Save Her