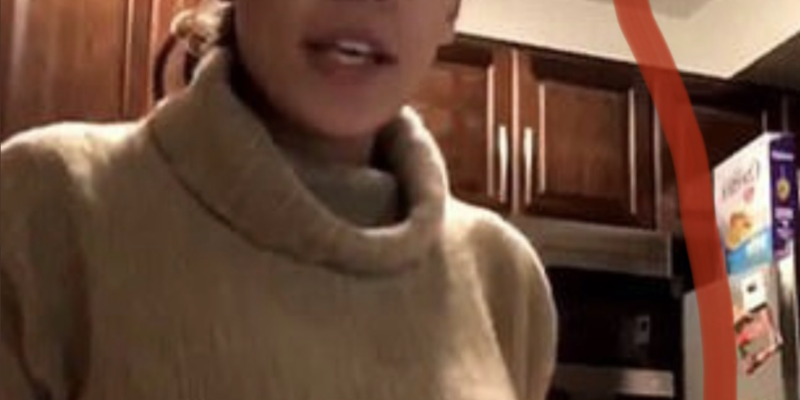 You can always count on the radical left to come up with a new way to make your life worse as they make new demands over some kind of new “injustice.” Fox News writes, “New York Congresswoman and environmentalist Alexandria Ocasio-Cortez took heat on Twitter after she mocked Rep. Ronny Jackson, R-Texas, for tweeting that he would never give up his gas stove on Monday.

‘Did you know that ongoing exposure to NO2 from gas stoves is linked to reduced cognitive performance?’ Ocasio-Cortez wrote in response to a tweet from Jackson.”

The spat came after TIME Magazine reported, “A federal agency is considering a ban on gas stoves amid rising concern about the health risks associated with indoor air pollution from the appliances, particularly among children.

The U.S. Consumer Product Safety Commission, which can issue mandatory standards or ban consumer products if no feasible standard would adequately protect the public, plans to take action to address the gas pollution that has long been linked to health and respiratory problems. Richard Trumka Jr., a U.S. Consumer Product Safety commissioner, tweeted on Monday that “gas stoves can emit dangerous [levels] of toxic chemicals—even when not in use—and @USCPSC will consider all approaches to regulation.”

New regulatory action could require all new homes be built with electric stoves or high efficiency exhaust vents. Trumka told Bloomberg, which first reported the news, that “any option is on the table” and “products that can’t be made safe can be banned.”

The agency plans to open public comment on hazards posed by gas stoves in March, according to the agency’s yearly operating plan. Trumka clarified that the agency would not be able to physically remove gas stoves from everyone’s homes—but instead require all new products to comply with their regulations.”

Richard Trumka, Jr. is the son of former AFL-CIO leader Richard Trumka. President Joe Biden nominated Trumka Jr. to his bureaucratic post in July 2021. Trumka’s father died the next month at the age of 72.

“Ocasio-Cortez argued that the ‘proposal’ to ban gas stoves was a perfectly reasonable one,” Fox News continued. She said, “The way we are handling it in NYC isn’t to force people to switch what they already have. Folks can keep their appliances, and new buildings in NYC will have gas-free stoves. As for federally, any proposal from the CPSC would go through a quite lengthy review and input process.”

AOC has made videos of herself cooking on a gas stove in her apartment https://t.co/6vQs3ghyB6

.@aoc says gas stoves cause “reduced cognitive performance” – yet she uses a gas stove? Is this a self diagnosis? AOC, as a medical doctor, I can tell you this: what’s wrong with your head IS NOT caused by stoves. Something WAY BIGGER is causing your decreased cognitive function! pic.twitter.com/yYF90wXiGu

Never forget, liberals believe the world operates under two sets of rules: the ones for Democrats and the ones for the rest of us.

The Washington Post noted, “All cooking creates some form of air pollution. But gas stoves are burning natural gas, a mix of methane and other chemicals. That means that when a gas stove is on, it releases not only fine pieces of particulate matter that can invade the lungs, but also nitrogen dioxide, carbon monoxide and formaldehyde — all of which have been linked to various health risks.

Scientists have identified nitrogen dioxide, for example, as contributing to childhood onset of asthma and worsening asthma symptoms. According to one study, children living in a household with gas stoves have a 42 percent increased likelihood of already having asthma and a 24 percent increased risk of developing asthma at some point in their lifetime. Last week, scientists from the clean energy think tank RMI estimated in a peer-reviewed study that 12.7 percent of childhood asthmas could be attributed to living in a household with a gas stove. Some scientists have compared the risks of gas stove use to having a smoker in the home.

The Environmental Protection Agency doesn’t have the power to regulate indoor air quality, and homes with gas stoves can often have nitrogen dioxide levels far in excess of EPA outdoor guidelines. The European Union, meanwhile, is currently urging lawmakers to establish indoor air quality regulations across the bloc.

Now, however, the tide seems to be turning, as the connection between natural gas cooking, climate change and poor health becomes more visible. Natural gas stoves are not huge emitters of carbon dioxide, but connecting homes to gas lines creates a long-term dependence on fossil fuels that can be hard to break [NCP bolded]. Research has also shown that gas stoves emit methane — a greenhouse gas more potent than carbon dioxide in the short-term — even when they are turned off.”

For the far left, it’s not really about gas stoves as much as it is sending a message that they will destroy anything connected to fossil fuels.

Aware that normal people exist, Joe Biden did not jump to join AOC’s pursuit of banning natural gas stoves in millions of American homes. Michael Kikukawa, a White House spokesman, told The New York Times, “President Biden does not want to prohibit gas stoves. ‘The President does not support banning gas stoves. And the Consumer Product Safety Commission, which is independent, is not banning gas stoves.”

One Democrat in Congress also dared to say something not completely insane. Senator Joe Manchin wrote, “This is a recipe for disaster. The federal government has no business telling American families how to cook their dinner. I can tell you the last thing that would ever leave my house is the gas stove that we cook on.”

It looks for now that your gas stoves are safe.

Again, we once said the same thing about light bulbs, and we all know how that went.