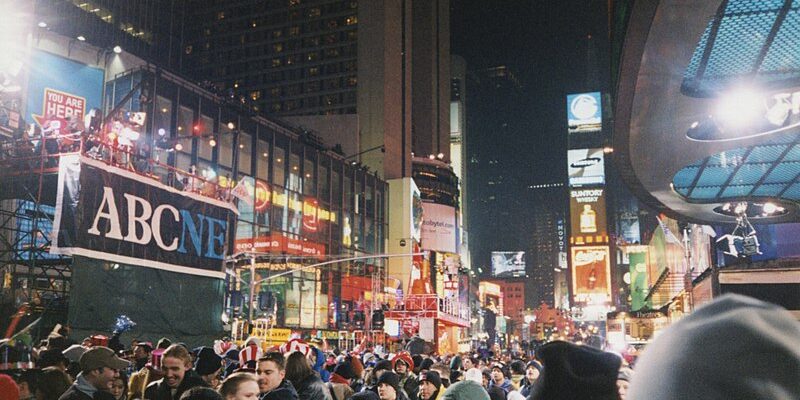 An NYPD officer had the worst possible first day on the job when he was attacked by a terrorist with a machete during the Times Square New Years Eve countdown. “The attack happened just after 10 p.m. about eight blocks from Times Square, just outside of the high-security zone where thousands of revelers were screened for weapons as they prepared to ring in 2023.

Trevor Bickford, suspected of stabbing two NYC police officers near the Times Square ball drop on New Years Eve, was "being watched by the FBI's counterterrorism task force" prior and may have "expressed interest in going to Afghanistan," per FOX News. https://t.co/L0Ci6GOsnX pic.twitter.com/8QVLuYJSKH

Trevor Bickford, 19, of Wells, Maine, allegedly approached the officers on 8th Avenue between 51st and 52nd streets armed with a large knife that he used to slash two of them, Commissioner Keechant Sewell said at an overnight press conference, reports The Daily Mail.

The outlet stated that investigators believe the attack could have been motivated by Islamic extremism. At the time of this writing, the White House had yet not issued a statement on the attack.

The New York Post wrote, “The officer — who graduated Friday and was assigned to a Staten Island precinct but was working the New Year’s Eve detail for the night — was stationed at West 52nd Street and 8th Avenue when the machete-wielding madman approached him and two other officers around 9:30 p.m., NYPD sources told The Post.

The post was outside the area attendees were being screened for weapons, Police Commissioner Keechant Sewell said at a press conference early Sunday.

One of the other cops, an eight-year veteran, was also struck on the head with the weapon and suffered a laceration.”

The Biden administration has recently moved away from focusing on terrorism from Islamic radicals, instead focusing on “white supremacy” and “militias.”

The White House released a fact sheet on national security and domestic terrorism earlier in the year: “On his first full day in office, President Biden directed his national security team to lead a 100-day comprehensive review of U.S. Government efforts to address domestic terrorism, which has evolved into the most urgent terrorism threat the United States faces today. As a result of that review, the Biden Administration is releasing the first-ever National Strategy for Countering Domestic Terrorism to address this challenge to America’s national security and improve the federal government’s response.

The Biden Administration has used a broad definition of “domestic terrorism” to attack their political opponents. In 2021, Attorney General Merrick Garland labeled parents protesting at school boards as “domestic terrorists.” Throughout 2022, the DOJ has gone after pro-lifers under a similar rubric, sending SWAT Teams to kick in their doors and haul them off to jail.