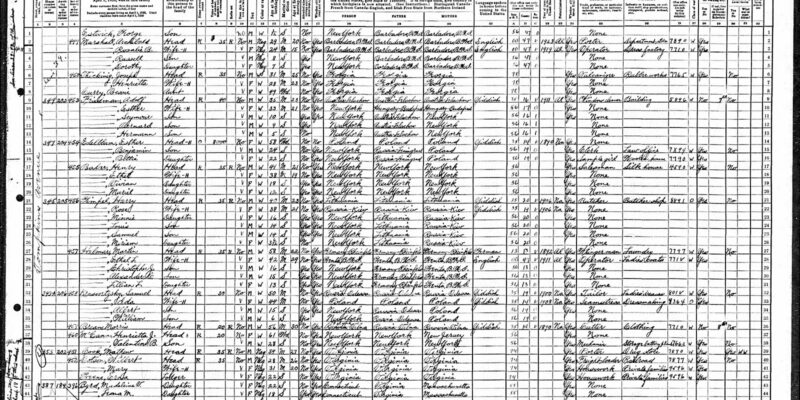 The 2022 midterms will likely shape the future of the country for years to come, and just as the FBI appears to have influenced the 2020 election, liberal bureaucrats have “made mistakes” that just happen to benefit Democrats. As Nancy Pelosi worked diligently to try and take over elections to tilt them in her favor and liberals pretended gerrymandering doesn’t benefit them, the Census Bureau was busy “accidentally” giving Democrats more seats in the House of Representatives and more votes in the Electoral College.

The Census Bureau did not explain how it made such a costly mistake.

The Heritage Foundation explains the ramifications of the screw up. “After each census, the bureau interviews a large number of households across the country and then compares the interview answers with the original census responses. The 2020 survey showed that the bureau overcounted the population in Delaware, Hawaii, Massachusetts, Minnesota, New York, Ohio, Rhode Island, and Utah. The largest mistake was in President Joe Biden’s home state of Delaware, which was overcounted by 5.45%.

The states whose populations were undercounted were Arkansas, Florida, Illinois, Mississippi, Tennessee, and Texas. The largest error in the undercount was in Arkansas, where the population count was off by 5.04%.

The original census reported that Florida needed only 171,500 more residents to gain another congressional seat. Yet the survey shows that Florida was undercounted by over three-quarters of a million people. The bureau also said that Texas needed only 189,000 more people to gain another congressional seat. The survey shows that Texas was undercounted by 560,319 residents.

Minnesota, according to the original census report, would have lost a congressional seat during reapportionment if it had 26 fewer residents; the survey shows the state was overcounted by 216,971 individuals. Similarly, Rhode Island would have lost a seat if the Census Bureau had counted 19,000 fewer residents. It turns out that the state was overcounted by more than 55,000 individuals.”

Writing in the Daily Caller, Hans Von Spakovsky, the Senior Legal Fellow at Heritage who has worked on the issue, said, “There is no remedy in the federal statutes governing the census and apportionment to correct this problem. The scope of this problem was unusually high….By way of comparison, the survey the Census Bureau conducted after the 2010 census showed a statistically insignificant error rate of only 0.01%, which means the Bureau only missed counting 36,000 Americans. Quite a startling difference from the 2020 census.

Even if the states most affected could win a case in court, how would you come up with a remedy? Ordering the Census Bureau to conduct another actual recount in the 14 affected states would be a complex, expensive undertaking that would provide numbers on a different date than the original census whose population totals from April 1, 2020, would still be in effect for the rest of the states, raising fundamental fairness issues given the high mobility of our population. And ordering a new census of the entire nation also seems impractical.

But there is no question Congress needs to get to the bottom of what happened. It must use its oversight authority to investigate the Census Bureau, its methods, procedures and operations to determine how and why these errors happened. We have to ensure that the necessary changes are made that won’t allow this to happen again.”

This is not the first time the census has received the ire of conservatives and benefited Democrats. The Trump Administration caused a stir by attempting to require the Census Bureau to ask all respondents whether they were citizens of the United States or not.

“Opponents of the added citizenship question said it was certain to depress response to the census from noncitizens and even legal immigrants. Critics accused the administration of adding the question to reduce the population count in the predominantly Democratic areas where more immigrants reside, in advance of state and national redistricting in 2021,” according to the New York Times.

“The Trump administration defended the citizenship question by saying it was needed to better enforce the Voting Rights Act, which relies on accurate estimates of voting-eligible populations.”

However, the Supreme Court overruled the White House. Politico reported at the time, “In a surprising decision, Chief Justice John Roberts joined the court’s liberals in ruling that official explanations for the move were implausible and legally inadequate. The high court returned the case to lower courts for further action, raising doubts about the administration getting the go-ahead to add the question before upcoming deadlines to finalize the census questionnaire.”

When asked about the extra seats in the House Democrats will be getting over the next decade because of the overcounting, John Marion, one of the leaders of the Common Cause, a group that sued Trump over the citizenship question, said, “In every census, with these estimates, some states have overcounts and some have undercounts. The census is not a perfect process.”

It’s probably just coincidental how those mistakes always seem to go in one direction or something. Otherwise, it might seem like a completely perfect system for Democrats.