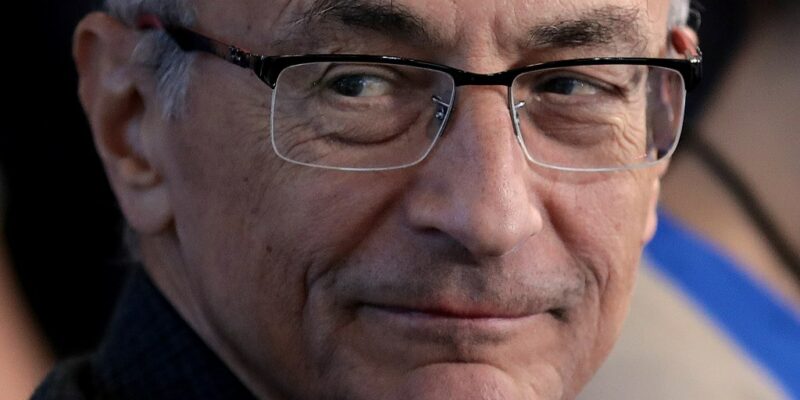 President Biden is losing yet another adviser as his administration continues hemorrhaging staff. The White House announced earlier this week that climate adviser Gina McCarthy will be exiting her position on September 16.

“McCarthy was the head of the Environmental Protection Agency under former President Barack Obama and was a key architect of that administration’s Clean Power Plan,” according to CNN. “In the Biden administration, McCarthy was tasked with setting up a first-of-its-kind White House office to coordinate climate action across agencies.

“‘Her legacy is going to be that she set up the president and the fed government for the most aggressive climate action in the history of the US,’ said Christy Goldfuss, senior vice president for energy and environment policy at the Center for American Progress. ‘All of that will be what she’s most proud of and most remembered for. Those positions will stick around, and the structure she helped drive will be needed long into the future.’

As much as McCarthy greased the wheels for climate action across agencies, the White House’s most significant win on climate came through Congress last month in the Inflation Reduction Act, which contains $370 billion in new clean energy tax credits and climate provisions — a historic amount of climate spending and the most significant environmental legislation since the landmark Clean Air Act.”

As millions of Americans face such skyrocketing energy costs that they are falling behind on their electricity payments, the Democratic climate slush fund appropriated by Congress, according to one expert, “will do almost nothing to reduce global temperature.”

But, no leftwing boondoggle would be complete without a Democratic political hack picking and choosing how to spend taxpayer money. President Biden didn’t miss a beat in handing hundreds of billions to one of DC’s chief insiders, John Podesta.

As a senior adviser to Mr. Biden on clean energy innovation, Mr. Podesta will shape how the government disburses billions of dollars in tax credits and incentives to industries that are developing wind and solar energy, as well as to consumers who want to install solar panels, heat and cool their homes with electric heat pumps or buy electric vehicles.

In addition to his time in the Obama administration, Mr. Podesta, 73, served as chief of staff to President Bill Clinton and was chairman of Hillary Clinton’s unsuccessful campaign for president in 2016. He founded the Center for American Progress, a left leaning think tank, and is now chairman of its board. From that perch, Mr. Podesta has informally been advising the Biden administration, pushing the White House to act more aggressively on climate change.

In bringing on Mr. Podesta, Mr. Biden continues to surround himself with veterans of past Democratic administrations, old hands who can step into challenging positions without on-the-job training.”

In a statement, the White House said, “We are fortunate that John Podesta will lead our continued innovation and implementation. His deep roots in climate and clean energy policy and his experience at senior levels of government mean we can truly hit the ground running to take advantage of the massive clean energy opportunity in front of us.”

Podesta has long been considered a Democratic “Mr. Fix-it.” During the 1990s, he was considered Bill Clinton’s “cleanup chief” for “fixing” Hillary Clinton’s Whitewater Scandal and Bill Clinton’s affair with Monica Lewinsky and subsequent impeachment.

The Washington Post then described the former White House chief of staff:

“He’s a thin, moody, wraithlike man who, before joining the White House, had a long history in Democratic politics. He has been, at various times, an anti-war activist, a political operative (he first clapped eyes on Bill Clinton in Connecticut where both worked in Joseph Duffy’s unsuccessful 1970 Senate race), an opposition research director for 1988 presidential nominee Michael Dukakis, a Washington political consultant in business with his older brother, Tony, and a top staffer in Congress, where he still maintains his connections — especially useful now — to both Democrats and Republicans.”

In 2017, Podesta came under fire as Republicans called “for a congressional investigation of [his] role with Rusnano, a state-run company founded by Russian President Vladimir Putin.”

While serving as President Obama’s climate adviser, a role similar to his new gig in the White House, Podesta “first made contact with the Russian firm in 2011, when he joined the boards and executive committees of three related entities: Boston-based Joule Unlimited; Rotterdam-based Joule Global Holdings; Joule Global Stichting, the company’s controlling interest. All are high-tech renewable energy enterprises,” according to The Daily Caller.

Maybe he received his new job because the current president relates to him so well. A leaked email revealed that, like the Bidens, John Podesta keeps all his shady business transactions in the family. The Daily Caller continued, “After Podesta began working at the White House, his lawyer indicated in a Jan. 6, 2014 email that he had not yet finished the legal work on the private transfer of the stock to a family-owned entity called Leonido Holdings, LLC.”

His similarities to Joe Biden don’t end there. John also has a brother who has made millions of dollars working on shady contacts made using the family name and powerful DC connections, his brother Tony.

Despite Tony Podesta’s lobbying firm collapsing in 2017 after Robert Mueller “cast a shadow on work his firm had done with Paul Manafort that may have benefited a Ukrainian regime friendly to the Kremlin,” he’s now back in action and representing some of the worst actors in the world.

In October, Reuters reported that “Chinese telecoms giant Huawei paid Democratic lobbyist Tony Podesta $1 million to lobby the Biden administration on its behalf, double what the lobbyist has revealed publicly, according to two people familiar with the matter.

The prominent Washington lobbyist disclosed a $500,000 payment from Huawei in a third-quarter lobbying report. But Podesta actually received $1 million total in separate installments in June and September, the people said, declining to be named since the information was not public.

One of the people said the additional undisclosed $500,000 payment is slated to be included in Podesta’s fourth-quarter filing in January for lobbying activities during the October – December period.

Podesta is the brother of John Podesta, who served as chairman of the presidential campaign of Democratic candidate Hillary Clinton, and as a senior White House adviser to former President Barack Obama, also a Democrat.”

U.S. security officials cautioned both the Trump and Biden administrations that Huawei is “beholden to China’s government and a major national security risk. They have pointed to a potential for spying and foreign meddling if their routers, antennas and radios aren’t yanked out of U.S. cell phone and internet networks.”

Tony wasn’t done, though. In April, the government of Libya hired Podesta to lobby the White House. Politico has noted that the “work will include facilitating meetings with the White House and broader Biden administration.”

I guess it pays to have a brother at the White House who’s now in charge of doling out a $370 billion slush fund.

[Read More: Liberals Run Away From Supporting School Closures, Lie About Its Cause]

Liberals Run Away From Being Wanting To Close Schools During Pandemic