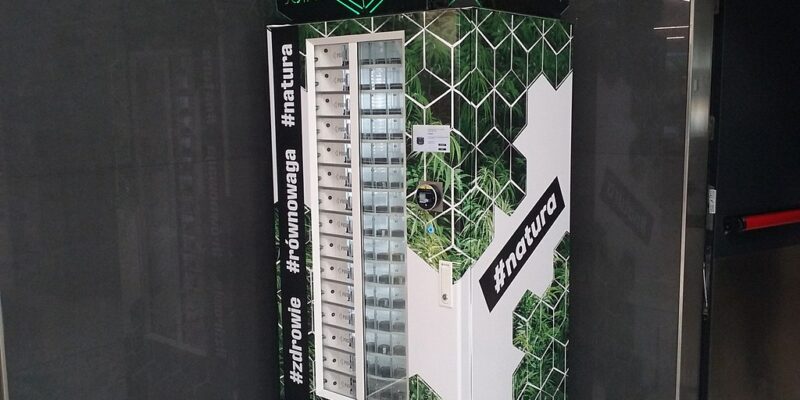 It’s often said that you can tell someone’s commitment not by their words but by their actions, and the President of the United States is no different. For example, he promised to be committed to returning every American home from Afghanistan when he withdrew but instead left at least 800 Americans stranded as the Taliban took over.

That lack of dedication startled Americans all over the country. Many of us asked if he’s not committed to our troops, what could he possibly be committed to?

It turns out that the answer is making sure it’s easy to get crack pipes and other items used to do drugs. In a sickening announcement earlier this week, the NIH announced it would be spending millions of dollars to set up vending machines loaded with drug supplies throughout rural Kentucky. The White House believes that letting addicts go to a faceless machine to get their fix with “reduce stigma for drug users.”

The Washington Free Beacon reports, “The project from the National Institutes of Health was launched in August and will study the effectiveness of “harm reduction kiosks” in rural Appalachia that contain “injection equipment, naloxone, fentanyl test strips, hygiene kits, condoms, and other supplies.” The vending machines allow drug users to obtain items such as syringes without interacting with a health professional, in hopes of eliminating the “stigma” that comes with visiting an in-person harm reduction facility, according to the health agency.

The White House referenced the project in an August 31 press release on its actions taken “to address addiction and the overdose epidemic.” The administration has adopted a wide range of harm reduction policies, which aim to make illicit drug use safer rather than eliminate it.

The Washington Free Beacon in February reported that the Department of Health and Human Services was set to fund the distribution of crack pipes through a $30 million harm reduction grant program. The administration backed off the funding plans amid public backlash, and the New York Times reported that the uproar over plans to fund crack pipes “derailed” Biden’s drug policy agenda. The White House, however, still appears willing to adopt controversial harm reduction policies—the New York Times reported in July that Biden’s drug czar Dr. Rahul Gupta was supportive of legalized injection sites, which allow users to take drugs with supervision from health professionals.

The new study, which is conducted by the University of Kentucky, appears to be the first effort from the federal government to deploy harm-reduction vending machines. Harm reduction vending machines have been popularized in Canada, Australia, and other countries. A few U.S. states, including New York, Rhode Island, Ohio, and Nevada, have deployed the machines in recent years. The machines sometimes include smoking kits, which in many cases include crack pipes.”

The grant says that “interest in reduction kiosks is soaring nationwide and the proposed project would provide critical and timely data to inform scale-up of this model, especially in rural areas of the country that have been severely impacted by substance use related harms,” according to Fox News.

Rural areas have been particularly devastated by a growing drug crisis. The CBHA wrote, “Opioid misuse, often perceived as a problem of urban areas, has found its way into America’s small towns. Now, these communities are faced with the resulting loss, crime, and destruction that accompanies misuse of opioid prescription drugs such as OxyContin, Oxycodone, Vicodin, Fentanyl, and of the illegal counterpart, heroin.

In 2015 alone, opioids were involved in more than 33,000 deaths; four times the number of opioid-involved deaths than in 2000. The epidemic impact reaches others, too: a recent University of Michigan study that found rates of babies born with opioid withdrawal symptoms rising much faster in rural areas than in urban areas.”

The White House looked at that problem and has decided making it easier to use drugs is the answer.

Biden’s policy in Kentucky is so radical that California Governor Gavin Newsom vetoed a similar plan in August. In his veto message, he wrote, “I have long supported the cutting edge of harm reduction strategies. However, I am acutely concerned about the operations of safe injection sites without strong, engaged local leadership and well-documented, vetted, and thoughtful operational and sustainability plans. The unlimited number of safe injection sites that this bill would authorize – facilities which could exist well into the later part of this decade – could induce a world of unintended consequences.”

Crack addiction is something with which President Biden is intimately familiar. In July, files from the phone of Hunter Biden was released online, including a video showing the First Son weighing crack cocaine while he argued with an unidentified woman.

Hunter Biden has previously said that he was one of his father’s closest advisors and that his father thinks he’s “a god.” He has admitted that during his time as a junky that he confused Parmesan cheese for cocaine. The FBI recently received criticism for steering investigations away from the president’s son because it could come back on the White House. Maybe the agents were just calling it “harm reduction” like the NIH is for drug users in Kentucky.

The Daily Caller explained, “Harm reduction is a philosophy for addressing drug use that seeks to make illegal drug use safer rather than to eradicate it. Other harm reduction initiatives undertaken by the Biden team have involved funding safe smoking kits and syringe exchanges across the country.”

During a recent interview with the New York Times, “Dr. Rahul Gupta, President Biden’s drug czar, appeared to be on the verge of supporting a radical shift in U.S. drug control policy.

Asked for his views on supervised consumption sites, where users bring their own drugs to take under the supervision of trained workers in case they overdose — a concept accepted in Canada and Europe but still technically illegal in the United States under federal law — Dr. Gupta’s eyes lit up.”

The newspaper wrote, “Experts describe the president’s drug control strategy as the most progressive since Richard Nixon appointed the nation’s first drug czar in 1971.”

Progressivism, in this case, is letting addicts get drug paraphernalia like regular people trying to buy a bottle from a Coke machine.