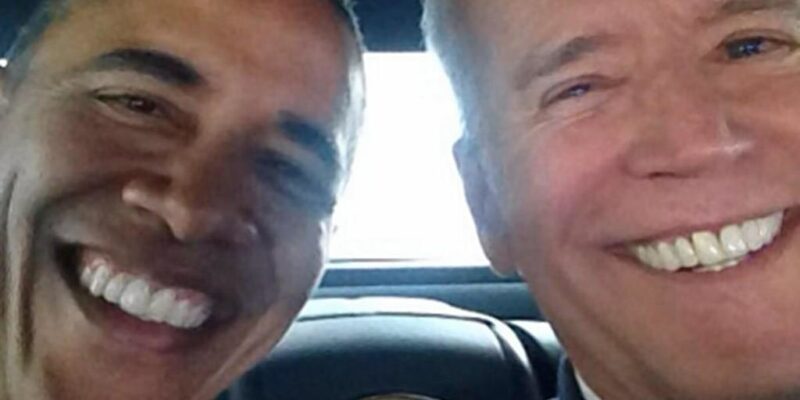 Earlier in the week, Barack Obama praised his successor’s signing of the Inflation Reduction Act. “This is a BFD,” Obama wrote in a tweet. The Hill noted that “Obama made the reference to a moment in 2010 when Biden was caught on a hot mic telling Obama that signing the Affordable Care Act, often referred to as ObamaCare, was a” big f—— deal.”

New studies of the Inflation Reduction Act do, indeed, show that it’s a “BFD,” but not in the way the two jokester presidents pretend. President Biden’s “historic” law will make everyone poorer, not particularly impact climate change, and won’t be reducing inflation anytime soon.

The Daily Wire explains: The legislation carries a $740 billion price tag — including $369 billion to combat “the existential crisis of climate change,” according to recent remarks from President Joe Biden, who signed the legislation this week. The report showed that after-tax incomes for individuals for every group apart from the top 1% would fall by 0.2%, while those in the top 1% would see after-tax incomes cut by 0.3%.

“On a long-term dynamic basis, the smaller economy reduces after-tax incomes relative to the conventional analysis and most of the expanded tax credits will have expired,” the report explained. “On average, tax filers in every quintile would experience a drop in after-tax incomes.”

The projected reductions in earnings occur despite repeated promises from top Biden administration officials that taxes for individuals earning under $400,000 would not rise. “No one — let me emphasize — no one earning less than $400,000 a year will pay a penny more in federal taxes,” Biden said during the Tuesday bill signing.

The most economically harmful portion of the Inflation Reduction Act is a 15% minimum tax on book income for companies with more than $1 billion in profits. In a recent survey of executives conducted by accounting firm PwC, 28% of respondents cited tax policy as a serious business risk, with business leaders in the pharmaceutical and life sciences sector particularly concerned over the law’s provisions geared toward lowering the costs of prescription drugs and health insurance.

The analysis does not include the fact that the new law will double the size of the IRS, either. The Director of the Congressional Budget Office Phillip L. Swagel offered an analysis that said, “The proposal, by contrast, would return audit rates to the levels of about ten years ago; the rate would rise for all taxpayers, but higher-income taxpayers would face the largest increase.”

Despite assurances from Democrats that the additional new agents will not be increasing audits on Americans making less than $400,000 a year, the Heritage Foundation has found that the promise is nearly impossible to keep, writing, “Auditing every single taxpayer with annual income over $1 million would require only 25,000 new IRS enforcement agents, but Democrats’ bill calls for 87,000 new agents. What will all those extra agents be doing?”

The IRS itself outed the lie itself last year. According to a 2021 report from the Government Accountability Office, “From fiscal years 2010 to 2021, the majority of the additional taxes IRS recommended from audits came from taxpayers with incomes below $200,000.”

“That recommendation,” Heritage continued, “is based on audits of lower-income tax returns producing more bang for the buck, as the report noted: Audits of the lowest-income taxpayers, particularly those claiming the EITC [earned income tax credit], resulted in higher amounts of recommended additional tax per audit hour compared to all income groups except for the highest-income taxpayers.”

“The Treasury Department’s report on the proposed new funding includes a footnote highlighting the already-high prevalence of IRS audits among low-income households: ‘Work by former IRS economist Kim Bloomquist points out that the five counties with the highest audit rates are predominantly African-American, rural counties in the South,’ the report says.”

Ordinary Americans are going to get audits from the Democrat’s favorite agency: The IRS, but at least we’ll be saving the planet because of our sacrifices, right?

The limited results of the Inflation Reduction Act on climate change are even less impressive. The New York Post spoke to Danish climate expert Bjorn Lomborg, founder of the Copenhagen Consensus Center, about the new law’s impact on climate change, and he found it wanting.

According to the Post, “Lomborg plugged IRA’s measures into the United Nations’ warming models. His resulting calculations oscillate between astonishing and hilarious.

‘The new US climate bill will do almost nothing to reduce global temperature,’ Lomborg explained via Twitter.

How close to nothing?

At least we’ll be getting cheaper electric vehicles. The new law included a tax credit of $7,500 for purchasing EVs. Of course, Ford, with its competition probably following suit, immediately raised the price of its electric vehicles by $8,000 after the law passed, meaning that the tax credit will merely be going to wealthy Americans to make even more affluent Americans richer.

Ok, so we’re going to be poorer, we’re not going to really impact climate change, and EVs are going to go up in price, but it’s called The Inflation Reduction Act for a reason.

Senator Joe Manchin went on national television to assure us that he was an inflation hawk who worried about regular West Virginians. He said the new law “is fighting inflation” or that the IRA “is all about the absolute horrible position that people are in now because of the inflation costs, whether it be gasoline, whether it be food pricing, whether it be energy pricing, and it’s around energy, mostly that’s driving these high inflation. This is going to take care of that.”

Surely, it will reduce inflation? Democrats at least named the bill correctly? They weren’t just using Orwellian language to pass a bill full of taxpayer money to go to special interests? Not so fast, at least according to economists.

The Morning Call reported, “The University of Pennsylvania’s Penn Wharton Budget Model said the law will have “no meaningful effect on inflation in the near term.’ It projects the legislation to reduce inflation by about 0.1 percentage points in five years — that’s essentially nothing.

Wharton’s analysts said they have a ‘low level of confidence that the legislation would have any measurable impact on inflation.'”

Obama was right. This massive spending package is a “BFD.”

Newspapers Are Dying Because Their Journalists Can’t Help Themselves