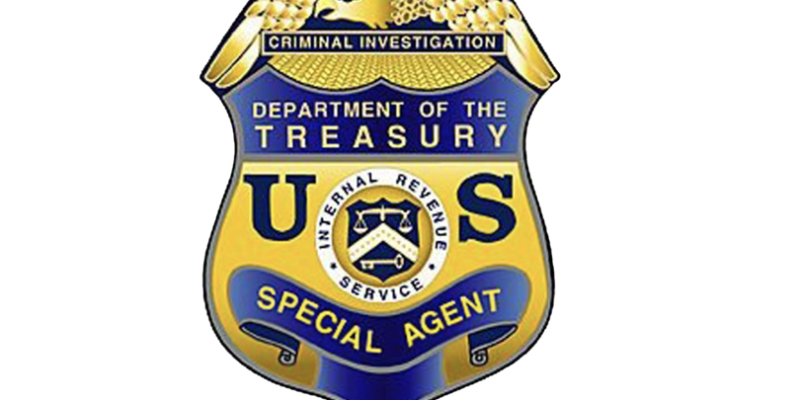 Ronald Reagan famously said, “Republicans believe every day is the Fourth of July, but the democrats believe every day is April 15.” Over the past week, that idea has played itself out perfectly. Democrats in the Senate passed the Biden-supported Inflation Reduction Act, a bill that immediately went from being labeled an inflation proposal before it was passed to a “sweeping healthcare and climate change bill” once Senator Joe Manchin voted yes, securing its passage.

The 755-page piece of legislation, called the Inflation Reduction Act (IRA), “cleared the chamber by a vote of 51-50 after nearly 20 hours of debate on the Senate floor, with Vice President Harris casting the tiebreaking vote.” Tucked inside the bill was $80 billion dollars to double the size of the IRS.

Despite it’s name, it probably won’t have an impact on inflation, either.

Steve Pearlstein, a professor at George Mason University, for example, recently wrote about the minimal impact the massive bill will have on inflation and the deficit. He explained, “The Congressional Budget Office estimates that, over the next two years, the Inflation Reduction Act is likely to change the inflation rate by less than one tenth of one percent — but it isn’t sure whether the change would be up or down.

Even over the next five years, according to the Committee for a Responsible Federal Budget, the package moving through Congress would reduce the federal budget deficit by a piddling $25 billion — a rounding error in a $23 trillion economy. Regardless of the final number, the measure will hardly dent an annual federal budget deficit projected to run at the unsustainable rate of 5 percent of GDP over the next 10 years.”

Economist Shai Akabas, director of economic policy at the Bipartisan Policy Center, agreed, telling Vox, “I think it’s likely to have a modest downward effect on inflation, so directionally, I think it is likely to push downward on prices. But that’s unlikely to be the primary effect of the legislation, given how many specific policies there are.

Most of the impact on inflation and the broader economy from this legislation is likely to be medium-term, not felt in the immediate next few months, which is how households are thinking about inflation.”

What the IRA will do, however, is militarize the tax collection, both figuratively and literally. The Wall Street Journal said that the IRS “is about to go beast mode.”

Forbes broke down what the beefed up IRS will look like. The Schumer-Manchin tax bill, the ‘Inflation Reduction Act’ which just passed the Senate, raises taxes and will give the IRS billions to go into what the Wall Street Journal called ‘beast mode.’ In all, the meant-to-be-inflation buster bill will dole out about $80 billion in IRS funding to increase enforcement. Think big, really big. In fact, that $80 billion is more than six times the current annual IRS budget of $12.6 billion. How can the IRS spend all of that? You guessed it, the bill says a whopping $45.6 billion will be for enforcement, and make no mistake, enforcement is the main directive from Democrats to the IRS. Get bigger, tougher and faster at collecting, and make them pay. Meanwhile, the IRS could be ramping up its police power too. The IRS is a key part of the government, but not one you usually associate with law enforcement and guns. Only the Criminal Investigation Division of the IRS can carry guns, but the IRS has been buying more guns and ammo in recent years, snapping up nearly $700,000 in ammo in early 2022. The bullet buy prompted Congressman Matt Gaetz (R-FL) and co-sponsor South Carolina Rep. Jeff Duncan (SCSC +1.3%-03) to introduce the “Disarm the IRS Act,” to prohibit the IRS from buying ammunition.

Many federal agencies were reviewed and assessed in the GAO study, Purchases and Inventory Controls of Firearms, Ammunition, and Tactical Equipment (GAO-19-175) (Dec 13, 2018). Some of the guns the IRS has are fully automatic machine guns. Only the Criminal Investigation Division of the IRS gets to carry guns. Compared to seeing gun-toting IRS Agents at your door, a correspondence audit doesn’t sound too bad. An audit report from the Treasury Inspector General for Tax Administration covering 2009 to 2011 said that IRS Agents accidentally discharged their guns 11 times during that time. The report says that IRS agents fired their guns accidentally more times than they did intentionally. Some of the misfires caused property damage or personal injury. A few defendants in criminal tax cases have tried to suppress evidence based on the IRS carrying guns.

There is a separate part of the IRS that is criminal, not civil. Like the FBI, the IRS Criminal Investigation Division uses the Special Agent terminology. If you are visited by an IRS Criminal Investigation Division Special Agent, you should consult with an attorney. You are not legally required to talk to them. In fact, the Fifth Amendment to the U.S. Constitution guarantees your right against self-incrimination. That means you can’t be compelled to be a witness against yourself in a criminal case. You may believe that by answering a few simple questions you will not hurt yourself or your position—especially if you are just a witness. Yet speaking up might actually help the IRS build a criminal case against you. The IRS may (quite honestly) tell you that you are not the target of the investigation, but merely a witness. Even so, you are entitled to retain counsel. Besides, the IRS view of you may change.

In the early stages of IRS criminal investigations, a person may be told he or she is a witness. You may therefore think there is no harm in being forthcoming, and that your cooperation will actually make it more likely that the IRS will appreciate you and leave you alone. However, as the investigation continues, a witness can become a target. Even if you are convinced you are merely a witness and will remain so, the U.S. Supreme Court has ruled that you have the right to assert your constitutional privilege against self-incrimination. See Bellis v. United States.

Americans for Tax Reform remarked, “86,852 IRS agents is more than the population of Biden’s hometown of Wilmington, Delaware, which has a population of 70,644.”

The New York Times noted that “Charles P. Rettig, the Internal Revenue Service commissioner, told Congress on Thursday that the tax collection agency would not increase audits of households earning less than $400,000 if it was given the additional $80 billion,” but most people aren’t buying it.

The new agents will likely be used to enforce the several new taxes that were put into the bill by Democrats.

Steve Forbes and Stephen Moore recently explained how this money will be spent in reality, writing in The New York Post, “Most of the money raised from these audits won’t come from the superrich or multibillion-dollar corporations — both well-stocked with accountants and tax attorneys to fight IRS allegations.

Small-business owners and upper-middle-income workers will likely be the targets. The woman who runs an accounting firm or a restaurant won’t have the resources to fight the government in tax court.

This proposal comes just a year after the IRS’s latest scandal, with agents illegally leaking millionaires’ and billionaires’ private tax-return data to the media.”

Republicans in the House pointed out that the Inflation Reduction Act “contains no language protecting middle-class taxpayers from the new barrage of IRS audits.”

The Director of the Congressional Budget Office Phillip L. Swagel offered analysis that said “The proposal, by contrast, would return audit rates to the levels of about 10 years ago; the rate would rise for all taxpayers, but higher-income taxpayers would face the largest increase.”

The ranking member of the House Ways and Means Commitee, the one that writes laws about taxation, explained how many more ordinary Americans should expect an audit next year. The Texas Republican wrote, “A simple, conservative analysis applying 2010 audit rates to recent tax filing data demonstrates that the policy will result in 1.2 million new audits per year with over 710,000 of those new audits falling on taxpayers making $75,000 or less.”

The Washington Post, hardly a conservative outlet,  agreed, reporting. “The idea is that the government could bring in more money by examining corporate and high-income returns than it does by pursuing lower- or middle-income taxpayers who make mistakes on their returns or underpay their taxes by small amounts. The IRS in recent years has grown more dependent on those types of audits because they are relatively inexpensive: They’re automated, and they preserve the agency’s limited personnel resources. But they also mostly fall on taxpayers who can’t afford to fight back by spending hours on the phone with the tax agency or hiring lawyers.

The result is that the IRS’s prolific enforcement capabilities — which bring in on average better than $10 in revenue for every $1 spent pursuing audits — are often trained on the most economically vulnerable taxpayers.

More than half of the agency’s audits in 2021 were directed at taxpayers with incomes less than $75,000, according to IRS data. More than 4 in 10 of its audits targeted recipients of the earned income tax credit, one of the country’s main anti-poverty measures.”

Following the votes on the Senate floor, Phil Kerpen reported that “an amendment to the Manchin bill to limit the bill’s 87,000 new IRS agents to auditing companies and individuals with income of $400,000 or more FAILED 50-50.”

Defending the soon-to-be law, Senator Ben Cardin of Maryland told Fox News, “If there’s no reason to be fearful, and if you paid your taxes and if you complied with our laws, you should want to make sure everyone else does that.”

In 2017, the Justice Department “settled two lawsuits with conservative groups that claimed the Internal Revenue Service had unfairly scrutinized them during applications for tax-exempt status.” The government paid out a multimillion-dollar settlement that was brought on behalf of 428 groups.

The government did not pay damages to the 41 other groups involved in a second lawsuit, but, according to The New York Times, “the I.R.S. acknowledged its conduct was wrong.”

One wonders when we will see the new bumper stickers from Democrats for the upcoming midterm: “Vote Democrat: If You Aren’t Guilty, You Have Nothing To Hide.”

[Read More: CNN Turns Its Back On Joe Biden, Focuses on Hunter]