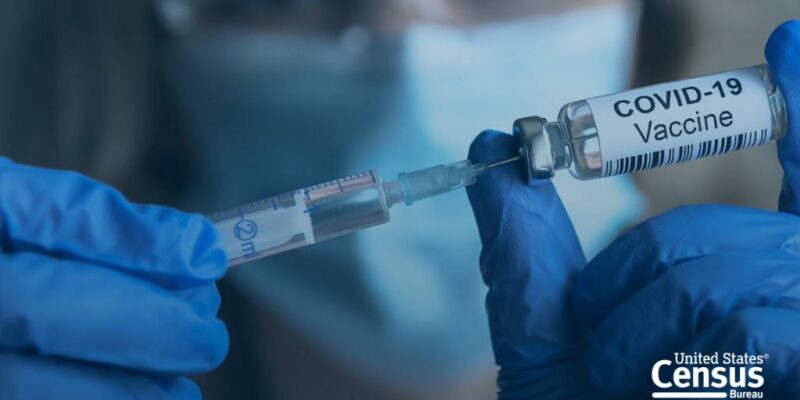 Dr. Marty Makary, a professor at the Johns Hopkins School of Medicine, and Dr. Tracy Beth Høeg, an epidemiologist with The Florida Department of Health who researches C*vid-19, recently published a disturbing article. The two doctors revealed that their colleagues at the NIH, FDA, and CDC are disheartened and disturbed about the growing trend in how federal health agencies have performed over the past few years, especially as it relates to authorizing v*ccines and suggesting masking for children.

Markary has made a name for himself as an outside-the-box thinker regarding C*VID, especially in dealing with children. When he was appointed an advisor to Governor Youngkin of Virginia, the Washington Post wrote, “named a respected physician who opposes blanket v*ccine mandates and downplayed the threat of the coronavirus to children as his lead adviser on pandemic response.”

Writing for the website Common Sense, the two doctors quote a senior FDA official who compares working at the agency to a horror movie and says that Americans are getting bad advice, but politics has forced them to stay silent.

The doctor was particularly concerned about how v*ccines were authorized for small children without solid clinical data, especially those with natural immunity, and how the FDA had OK’d boosters for older kids despite concerns from external experts.

The “bad science,” especially as it relates to children, has driven doctors and scientists to abandon some of America’s most vital health agencies. One CDC scientist told them, for example, “I used to be proud to tell people I work at the CDC. Now I’m embarrassed.”

The two doctors go into great detail to explain “that the heads of their agencies are using weak or flawed data to make critically important public health decisions. That such decisions are being driven by what’s politically palatable to people in Washington or to the Biden administration. And that they have a myopic focus on one virus instead of overall health.”

First, they demanded that young children be masked in schools. On this score, the agencies were wrong. Compelling studies later found schools that masked children had no different rates of transmission. And for social and linguistic development, children need to see the faces of others.

Next came school closures. The agencies were wrong—and catastrophically so. Poor and minority children suffered learning loss with an 11-point drop in math scores alone and a 20% drop in math pass rates. There are dozens of statistics of this kind.

Then they ignored natural immunity. Wrong again. The vast majority of children have already had Covid, but this has made no difference in the blanket mandates for childhood vaccines. And now, by mandating vaccines and boosters for young healthy people, with no strong supporting data, these agencies are only further eroding public trust.

Earlier this year, NPR reported how the United States is a dramatic aberration from the rest of the world in the way it has treated its children and C*VID. The outlet writes, “Numerous scientific papers have established that it can be harder to hear and understand speech and identify facial expressions and emotions when people are wearing masks. These are critical developmental tasks, particularly for children in the first three years of life.

The most disturbing aspect of the piece came in the way the FDA officials revealed their true thoughts on authorizing v*ccines for children. CDC Director Rochelle Walensky recently authorized v*ccinations in children as young as six months after a panel of advisors voted 12 to 0 in favor. The move expanded vaccination to 20 million more children.

Following the announcement, Dr. Ashish Jha the C*VID-19 Response Coordinator for the White House, said, “Now, we know that these v*ccines are extraordinarily safe and highly effective. Remember, after an extensive review by career FDA and CDC scientists, they were unanimously approved by an independent group of expert scientists.”

Makary and Høeg criticized the data submitted by Pfizer and Moderna to get approval, citing a lack of evidence. They noted that Pfizer’s trial included under 1,000 children and had such a wide range of results that no real conclusion could be taken from it. The Moderna trials had over 6,000 children, but reported only a negligible reduction in infection in kids under two.

While the CDC and White House insisted that the decision was unanimous, the article mentions a “high-level CDC official” who joked about Pfizer’s v*ccine: “You can inject them with it or squirt it in their face, and you’ll get the same benefit.”

Makary was critical of the announcement from the outset. In June, he told DailyMail.com, “A more honest announcement would have been: ‘We approved the v*x for babies & toddlers based on very little data. While we believe its safe in this population, the study sample size was too low to make a [conclusion] about safety. Note that studies were done in kids w/o natural immunity.”

The newspaper also quoted an FDA official saying, “The public has no idea how bad this data really is. It would not pass muster for any other authorization.”

In the wake of criticism, the CDC announced that it will undergo a “monthlong comprehensive review and evaluation, a first step in modernizing its systems and processes and transforming it for the future.”

The article comes amid rising cases in many parts of the United States. Los Angeles, for example, has seen its highest caseloads since the Omicron surge last January. On July 14, Los Angeles County Public Health Director Barbara Ferrer announced, “As of today, we have moved from the medium to the “High” c*vid community level.”

The county must see its numbers go down over the next two weeks, Ferrer said, or she will impose a new “a universal mandatory indoor mask-wearing mandate.” C*VID cases have increased by over 30 percent in New York City, as well.

As more people get sick, the White House is asking older people to get their booster shot. The White House C*VID-19 coordinator recently declared, “If you’re over 50 and you haven’t gotten the shot this year, you should go get a shot. It’s going to save your life.”