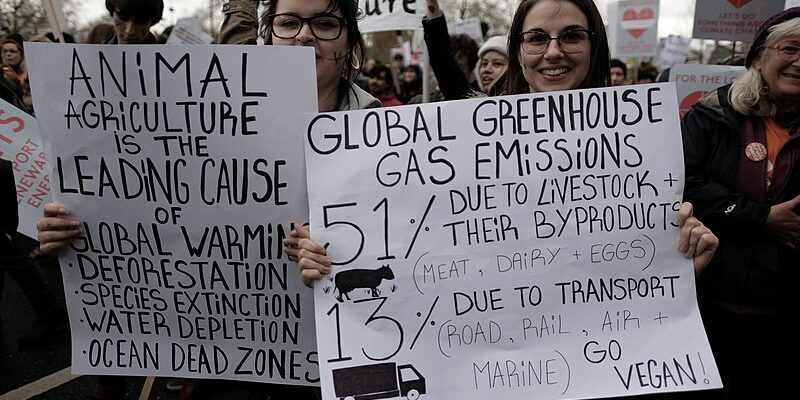 Celebrating their acts of vandalism, climate change activists claim to have randomly attacked SUVs in New York City’s Upper East Side, leaving behind pamphlets that said, “Your gas guzzler kills.” The group known as The Tyre Extinguishers recently claimed that it struck in the United States for the first time. The group originated in the United Kingdom.

I guess letting air out of tires is better than slashing them? Either way it sounds like the wealthy in the Big Apple are going to want to keep an eye on their SUVs.

According to Streets Blog NYC, The group also issued the following statement and claims to have left a version of the statement on windshields after deflating the tires on the 40 SUVs in question:

‘The Tyre Extinguishers have disarmed SUVs in New York City for the first time, with 40 SUVs disarmed last night.

Using leaflets in American English (‘Tire’ rather than ‘Tyre’), 40 SUVs had their wheels deflated in the Upper East Side, home to the greatest concentration of individual wealth in NYC.

This is the first action in New York City, the first of many.

The Tyre Extinguishers target SUVs because:

The Tyre Extinguishers want to see bans on SUVs in urban areas, pollution levies to tax SUVs out of existence, and massive investment in free, comprehensive public transport. But until politicians make this a reality, Tyre Extinguishers action will continue’

The same blog reported that this group has “issued a “How To” guide for others who wish to follow along (the key is to have a single lentil to slip under the tire cap). Legal experts say, however, that tampering with a driver’s vehicle — even if the damage is easily reparable — is illegal.”

The NYPD, as reported by the New York Post, “said they’re investigating after receiving complaints of two SUVs being targeted in the area, the NYPD told The Post Friday.

A 49-year-old man had alerted police after he noticed two of his vehicles, which were parked on East 65th Street, with deflated tires just before 12:30 a.m. Tuesday, cops said.”

A spokesman for the climate group told Fox News, “We are rapidly expanding across the United States and are in touch with people in major cities across the USA. We expect this to expand massively.”

The group has conducted operations in several other parts of the world, including the U.K., Austria, Germany, Switzerland, The Netherlands, Sweden, and New Zealand.

The group does not differentiate between electric or internal combustion engines. Big cars are all going to burn the planet or something, regardless of the kind of fuel used. The Daily Mail out of the UK interviewed one of the victims in Cambridge. He said “I was just leaving the house this morning ironically to attend a sustainability and waste reduction meeting when I noticed the tyres on my electric 4×4 had been deflated and I found their leaflet on my windscreen.”

The group has apparently been inspired by the book How To Blow Up A Pipeline, a call for more violent action by climate activists from a self-described Marxist professor of human ecology at Sweden’s Lund University. The author, Andreas Malm, argues that radicals should “damage and destroy new CO2-emitting devices. Put them out of commission, pick them apart, demolish them, burn them, blow them up. Let the capitalists who keep investing in the fire know that their properties will be trashed.”

Malm has encouraged the act of the Tyre Extinguishers. He praised the group’s actions and said they were “extremely peaceful and gentle sabotage.”

He continued, “Anyone can deflate an SUV: it is virtually child’s play. It requires no formal organization, no leadership, no funds, no implements other than bits of gravel or beans or green lentils….It does, however, require the audacity to move around in pairs under the cover of darkness and tinker with other people’s property….Given the infinitely replicable nature of the action—sabotage as meme—its potential for making SUV ownership less convenient and attractive could not be discounted.”

No arrests have been made in the New York vandalism, but the investigation is ongoing.

The Biden administration has not made a statement, so we do not know if they plan to be lenient with the Tyre Extinguishers or whether that is reserved only for molotov cocktail throwers fighting for social justice.

[Read More: The Crazy Idea Dems Have For National Parks]