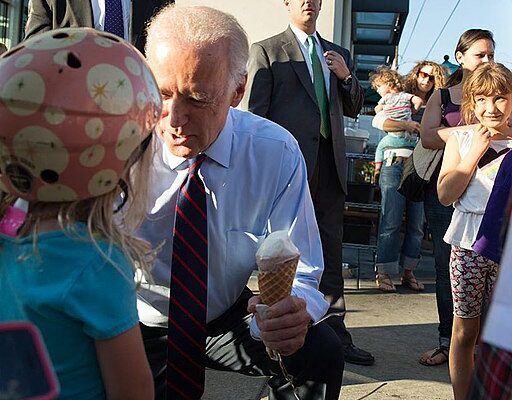 As you travel this weekend to celebrate Independence Day, know that the high prices you’re paying at the pump is really you paying your part to defend Ukraine from Russia. While traveling in Spain, President Joe Biden told reporters that Americans will pay high gas prices until Ukraine defeats Russia’s invasion.

In response to a question about how long Americans should expect to pay increased fuel costs, the president said, “As long as it takes, so Russia cannot in fact defeat Ukraine and move beyond Ukraine.” Bloomberg wrote that the “comments echoes those of U.K. Prime Minister Boris Johnson, his closest geopolitical ally and one who is facing similar pressures back home about the cost-of-living crisis.”

Unlike other times, the White House staff did not rush out to immediately “clean up” the president’s comments. Instead, they doubled down, insisting that Americans supported paying high gas prices to defend the “Liberal World Order.”

Breitbart transcribed the White House’s response. “During an interview on CNN, National Economic Council Director Brian Deese defended President Joe Biden’s remarks earlier in the day, claiming Americans may have to deal with higher prices as the world grapples with an aggressive Russian President Vladimir Putin setting his sights on Ukraine.

Deese called Biden’s remarks a claim about what was at stake, which he called the “future of the liberal world order.”

“What you heard from the president today was about the stakes,” he said. “This is about the future of the liberal world order, and we have to stand firm. But at the same time, what I’d say to that family, to Americans across the country is, you have a present administration that is going to do everything in its power to blunt those price increases and bring those prices down. Good news, over the last two weeks, we’ve seen the price at the pump come down about 20 cents, but it is still unacceptably high.”

“That’s why the president, before he was at NATO and the G7 earlier this week, was working to bring the G7 allies together around, exploring something around a price cap to cap the price that can be paid for Russian oil. Which will actually target the pain more directly on Vladimir Putin and not on the rest of the world,” Deese continued. “It’s why you have the president calling for hear at home a temporary gas tax holiday, not only at the federal level but for states to follow the lead and take equivalent actions, as well. And it is why we are engaged with the industry, encouraging them to increase supply, increase supply of oil right now.”

The White House has never explained why high oil prices will help defeat one of the largest exporters of oil in the world because it’s a strategy that doesn’t make sense. The rising costs are paying for Russia’s invasion.

While they blame Putin for the extreme rise in the cost of gas, the administration’s actions have spoken louder than its words. Earlier in the year the Department of the Interior ended the potential to drill for oil in over a million acres in Alaska’s Cook Inlet and canceled two lease sales in the Gulf of Mexico.

Biden has admitted that he doesn’t really think Russia is the main culprit. Causing high price of gas is part of his “green agenda.” In Tokyo, when asked about rising energy prices, he said, “Here’s the situation when it comes to the gas prices, we’re going through an incredible transition that is taking place that, God willing, when it’s over, we’ll be stronger and the world will be stronger and less reliant on fossil fuels.”

Americans have become “collateral damage” in the liberal war on fossil fuels. A recent national survey by Provident Bank, “a leading New Jersey-based financial institution,” found that “more than 10% (10.5%) reported eliminating all non-essential purchases and more than 70% (71.67%) said they have made at least some changes to personal travel habits.”

“When asked which price increases on regularly purchased products or services have hurt consumers the most, gasoline, groceries, and clothing were among the most frequently mentioned items. More than 50% (53.33%) said they now spend between $101 – $500 more per month on groceries,” the survey revealed.

Things have gotten so bad that some Americans “reported much more drastic changes such as skipping meals, conserving water, and eliminating meat from their diets.”

Biden’s radical policies have been a disaster for his party. Less than 20 percent of the country believes we are on the right track. He also remains one of the most unpopular presidents in modern history.

Things have gotten so bad that even far-left members of Congress have begged the White House to change strategies. Rep. Ro Khanna, from California, recently called for President Joe Biden to end the practice of “exporting oil from the Strategic Petroleum Reserve to other countries and to step up domestic oil production in the United States.”

He told Fox News, “There are a couple things we can do. First, we shouldn’t be exporting oil right now. Before 2015 we didn’t do that. Why is it that we are supplying the rest of the world, when we don’t have enough supply here? Short-term I think we have to increase production, in the United States?”

Americans will have a chance to respond to Biden’s energy policy on Tuesday, November 8, 2022 when they vote in the midterm elections.