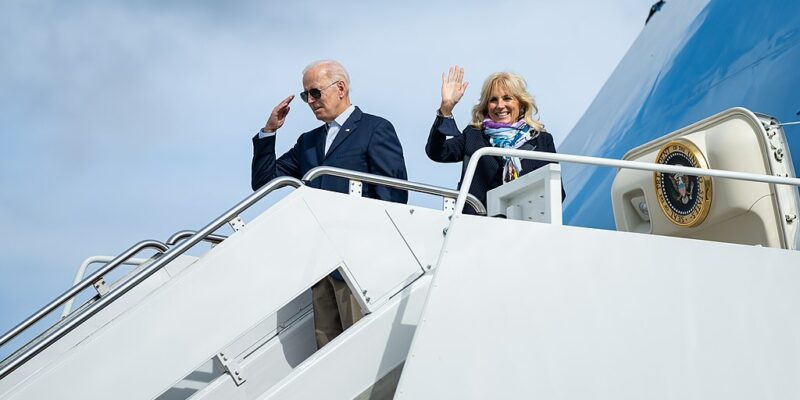 [Office of the President of the United States]

The Biden Administration recently extended the federal mandate that those traveling across the country wear masks on airplanes, trains, buses, and other forms of cross-country travel.

AP writes, “The Centers for Disease Control and Prevention said it was extending the order, which was set to expire on April 18, until May 3 to allow more time to study the BA.2 omicron subvariant that is now responsible for the vast majority of cases in the U.S.

“In order to assess the potential impact the rise of cases has on severe disease, including hospitalizations and deaths, and health care system capacity, the CDC order will remain in place at this time,” the agency said in a statement.

When the Transportation Security Administration, which enforces the rule for planes, buses, trains and transit hubs, extended the requirement last month, it said the CDC had been hoping to roll out a more flexible masking strategy that would have replaced the nationwide requirement.

The mask mandate is the most visible vestige of government restrictions to control the pandemic, and possibly the most controversial.”

The extension of the mandate came after CEOs from airlines begged the administration to loosen the regulation, saying, “It makes no sense that people are still required to wear masks on airplanes, yet are allowed to congregate in crowded restaurants, schools and at sporting events without masks, despite none of these venues having the protective air filtration system that aircraft do.”

The new restrictions follow, once again, the White House needing to explain why they are forcing ordinary Americans to wear masks in public while not donning the fabric themselves.

When pressed on the issues, the White House Press Secretary said, “It was an emotional day. It was a historic day. And there were moments when she was not wearing a mask inside, including in a photo but she was wearing it 99.9% of the time.”

The administration and the CDC have not explained why breathing purified and recirculated air while traveling in an airplane requires masking, but White House events do not. Mainstream media has yet to ask the president if he wears a mask while on Air Force One.

Unsurprisingly, Anthony Fauci called the move “prudent” because we need to see how COVID-19 is “going to play out” while appearing on MSNBC.

Biden One of the Most Unpopular Ever