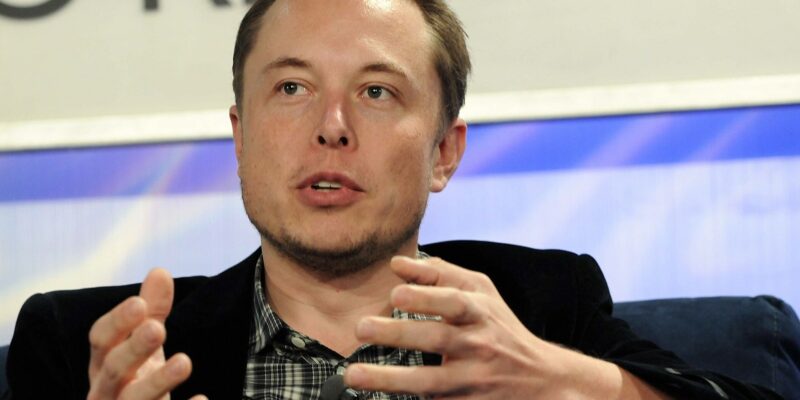 Elon Musk, the entreprenuerial wiz, co-founder of PayPal and Zip2 and founder of SpaceX and now Tesla Motors. [JD Lasica from Pleasanton, CA, US, CC BY 2.0]

Originally from South Africa, the billionaire founder of Tesla and Space-X has been quite outspoken regarding the current invasion of Ukraine, even lending a hand to the Ukrainians by giving them access to the Internet as the Russians tried to cut them off from the outside world.

Musk announced the coverage expansion in a tweet after Ukraine Vice Prime Minister Mykhailo Fedorov entreated the Tesla CEO to provide the country with Starlink access in a Twitter post on Saturday. But expanding Starlink coverage to Ukraine might have been the easy part of building alternative internet infrastructure.

Starlink’s internet service—provided through a network of relay towers and a constellation of low orbit satellites—might offer Ukraine a security advantage over traditional, land-based internet infrastructure. Shooting down satellites would be a costly operation for Russia. Meanwhile, the relay towers that Starlink uses to provide Ukraine with internet coverage are likely stationed in neighboring countries, where Russian troops can’t target them.

‘Starlink service is now active in Ukraine,’ Musk said in his tweet.”

Musk’s challenge received several responses, including one from Dmitry Rogozin, the director of the Russian space agency Roscomos, who answered the billionaire’s challenge by quote Pushkin’s “The Tale of the Pope and his worker Balda,” You, little devil, are still young, Compete with me weak; It would only be a waste of time. Overtake my brother first.”

Mykhailo Fedorov, Ukraine’s deputy prime minister and minister for digital transformation, said he believed in the CEO, writing that he was sure “Musk can send Putin to Jupiter.”

It’s unsure whether Putin will respond. His army is literally stuck in the mud as it tries to conquer Kyiv, and according to some reports, “Ukraine claims to have killed around 13,500 Russian troops and to have destroyed a large amount of equipment.”

Pelosi Mocked Across The Pond For ‘Confused’ Presser