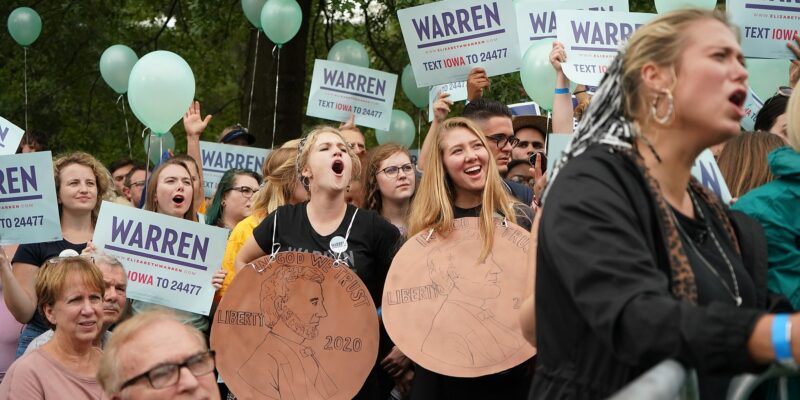 During the summer, Democrats voted to double the size of the IRS, spending $80 billion to hire thousands of new agents to rifle through American tax returns for new audits.

While Republicans tried to put in protections for middle-class and poor Americans, Democrats blocked the amendments, and the Inflation Reduction Act contained “no language protecting middle-class taxpayers from the new barrage of IRS audits.”

At the time, The New York Times noted that Charles P. Rettig, the Internal Revenue Service commissioner assured Congress that the new funds would only be used to go after American families and businesses earning over $400,000 and that the new agents would most likely focus on the several new taxes that were put into the bill by Democrats.

Reality-based critics, however, understood that Democrats often talk out of both sides of their mouths. Stephen Moore and Steve Forbes explained: “Most of the money raised from these audits won’t come from the superrich or multibillion-dollar corporations — both well-stocked with accountants and tax attorneys to fight IRS allegations.”

Democrat Congressman Sean Casten said, “Some of this is indeed for people to do audits,” Casten added. “Janet Yellen has expressly directed them, don’t audit anybody under $400,000…. They just need the resources. The IRS has not had the ability to digitize all the tax records. That’s shameful in 2022 they don’t have that.”

Senator Elizabeth Warren promised that the funding would only go after “the super rich.”

The GOP have starved the IRS to deplete its ability to catch wealthy tax cheats. IRS Commissioner Rettig and I agreed: additional mandatory funding would help the IRS enforce the tax laws for the ultra-rich already on the books. I’m working on legislation to do exactly that. pic.twitter.com/0TmKEDglsY

And, finally, liberal allies in the media bent over backward to protect the Democratic claims before the midterm elections.

For example, USA Today called the suggestion that the IRS would target middle class and poor Americans “false,” writing, “Based on our research, we rate FALSE the claim that the IRS is hiring 87,000 “soldiers” to prosecute citizens and raising taxes on those who make $30,000 or more. The 87,000 figure was an estimate from a 2021 report by the Treasury Department; the IRS hasn’t yet finalized a plan. A majority of the hires will not be special agents and thus will not be carrying weapons. The legislation does not raise individual tax rates for anyone, according to a Treasury Department spokesperson.”

I hope you’re sitting down. It turns out they were lying.

Reason Magazine recently investigated the work of the IRS after it received the new funding and found that despite $80 billion in new funding, the agency continues to target low-income taxpayers over wealthy people because it’s easier to do.

The magazine continued: On Wednesday, Syracuse University’s Transactional Records Access Clearinghouse (TRAC) released data provided to it by the Internal Revenue Service (IRS) on audits performed by the agency in fiscal year 2022. Despite the infusion of new funding earmarked for the IRS via last year’s Inflation Reduction Act, the agency continued historic trends of hassling primarily low-income taxpayers, with relatively few millionaires and billionaires getting caught up in the audit sweep.

“The taxpayer class with unbelievably high audit rates—five and a half times virtually everyone else—were low-income wage-earners taking the earned income tax credit,” reported TRAC, noting that the poorest taxpayers are “easy marks in an era when IRS increasingly relies upon correspondence audits yet doesn’t have the resources to assist taxpayers or answer their questions.”

In fact, “if one ignores the fiction of auditing a millionaire through simply sending a letter through the mail, the odds that millionaires received a regular audit by a revenue agent (1.1%) was actually less than the audit rate of the targeted lowest income wage-earners whose audit rate was 1.27 percent!”

Correspondence audits—which are conducted via mail, and are the type frequently used when interacting with the poorest of taxpayers—are much easier and cheaper to conduct than other types of audits. Plus, the earned income tax credit is easy to get wrong. The nonpartisan Congressional Budget Office estimates that new hires with experience in the field will take almost three years of ramp-up time, with more junior new hires taking longer. The lag time between 2022’s infusion of funding, and legitimately increased capacity, will be enormous—if the agency can even snag the best in the industry when TurboTax and H&R Block will surely be swelling their own ranks. It makes sense that, given a dearth of experienced auditors not likely to be fixed soon, the agency would rely on the easiest and least time-consuming types of audits.

Syracuse’s study also stated, “Taxpayer Advocate Collins also has noted that correspondence audits are “one of the most significant tools the IRS employs to pursue compliance with tax laws.” And she went on to explain: “If the IRS does not receive a response, it will generally disallow the item(s) claimed and ultimately issue a Notice of Deficiency.”

Despite the inadequacy of staffing of its phone lines, it appears that IRS is forging ahead to increase the number of correspondence audits so far during this current filing season. And as we see above in Table 2, the agency is increasingly targeting these on the poorest wage-earners. Taxpayer compliance is jeopardized not just when taxpayers underreport their tax liability, but also when IRS acts to unilaterally grab a taxpayer’s refund without cause. Increasing the letters (“correspondence audits”) IRS sends out without ensuring that it has the capacity to answer taxpayers’ calls on these audit letters, especially for low-income taxpayers who generally cannot afford tax accountants to assist them, is fundamentally unfair.

IRS’s own studies show that about 22 percent of taxpayers entitled to take the anti-poverty earned income tax credit fail to do so. If IRS was actually interested in treating taxpayers fairly,[4] it ought to consider sending some of these correspondence audit letters to these taxpayers who failed to claim the credit, letting them know that they may qualify for a refund or government payment, and providing them with an adequately staffed toll-free number to call if they want to learn more.”

The IRS would never take those suggestions to heart, and why would they? They exist to shake down ordinary Americans, and Democrats have given them a larger hammer to smack the public, or at least the part of the public that can’t call friends in DC to help them.

After all, those electric mail trucks aren’t going to pay for themselves, and you can’t expect the rich, like the White House’s John Podesta or “the Big Guy” himself, to share the bill.