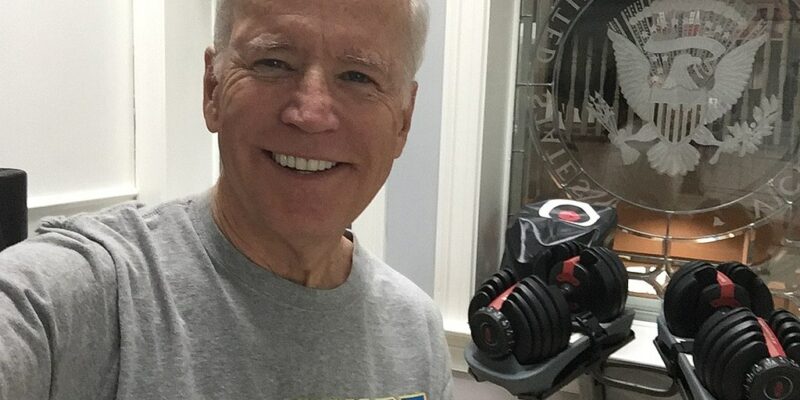 The White House appears to be approaching full meltdown mode. Over the weekend, Chief of Staff Ronald Klain bailed on Biden a few hours after the president’s home was searched by the FBI as the classified documents scandal spirals out of control for Democrats.

The DOJ found six more pieces of classified information stashed away in the Biden home in Delaware last Friday. Biden’s lawyer and some White House officials confirmed that investigators took about 13 hours to comb through Biden’s mansion. The First Family was not there during the search.

For their sake, let’s hope those investigating the house didn’t have to go through Hunter’s sock drawer or have to look under his bed. Who knows what kind of disgusting things they’d find, though this was not the house that he was paying almost $50,000 a month for to his dad.

CBS noted, ‘Mr. Biden told reporters in California Thursday that he “has no regrets’ about the handling of the documents that had been discovered. When asked why the White House didn’t disclose the existence of the documents in November, before the midterm elections, he told reporters he thinks they’re going to find out ‘there’s no there there.’

‘We found a handful of documents were filed in the wrong place,’ Mr. Biden said. ‘We immediately turned them over to the Archives and the Justice Department. We’re fully cooperating, looking forward to getting this resolved quickly. I think you’re gonna find there’s nothing there. I have no regrets. I’m following what the lawyers have told me they want me to do. That’s exactly what we’re doing. There’s no there there.'”

What else would you expect him to say? “Sorry, I was hiding documents to help my son make his deals in China and Ukraine?”

Some of the classified documents that Biden kept at his residence date as far back as his time in the Senate.

NBC News reports, “The search was prompted by the White House, not the Justice Department, according to a White House official and a source familiar with the matter.

The documents at the Wilmington, Delaware, home appear to be related to his time as vice president as well as to his tenure in the U.S. Senate and were found after Biden’s counsel offered full access to the premises as the department investigates his possession of classified material, Bob Bauer, Biden’s personal attorney, said in a statement.

Fox News stated, “While the White House has not kept a formal list, the Secret Service does collect information on guests with regular access to the home.

Retention of the names of those vetted by the Secret Service depends on a variety of factors, including proximity to the president and the nature of the background check.

‘The Secret Service does not maintain visitor logs at the private residences of protectees,’ said U.S. Secret Service chief of communications Anthony Guglielmi. ‘While the Secret Service does generate law enforcement and criminal justice information records for various individuals who may come into contact with Secret Service protected sites, we are not able to comment further as this speaks to the means and methods of our protective operations.’

A source familiar with the situation told Fox News that the Secret Service is prepared to provide available background information on vetted guests to Biden’s residence if requested by Congress.”

Hopefully the House Republicans will ask the Secret Service if the White House pressured them to lie about the records they keep. “There are several avenues to obtain information on who had access to classified documents at the Wilmington residence,” a spokesman for the House Oversight Committee told The New York Post, “and the Oversight Committee will pursue those avenues.”

The newspaper noted, “Rep. Mike Johnson (R-La.), a member of the House Judiciary Committee, which also is looking into the controversy, had said Monday afternoon that if no records existed, ‘we’ll have to seek it through testimony with family members or those who have been at the residence.’

In December, it was revealed that President Biden is deeply paranoid about the Secret Service. Documentary filmmaker and author Chris Whipple wrote, “President Joe Biden was so disturbed by the Secret Service’s handling of text messages sought by the House January 6 select committee that he stopped speaking candidly in the presence of special agents assigned to his protection detail, a new book on the Biden White House has revealed.

He claims that Biden’s discomfort with the post-Trump era agency started early on in his presidency when it became clear that some agents were strong supporters of the man he defeated in the 2020 election, former president Donald Trump.

Whipple “added that the change in Mr. Biden’s view is also a result of the increased size of the detail assigned to the chief executive and suggested that the president shouldn’t have been surprised by the presence of ‘MAGA sympathizers’ among his bodyguards because the Secret Service ‘is full of white ex-cops from the South who tend to be deeply conservative.’”

Is it still paranoia when liberals claim to be fearful of the “deep state.” It’s starting to look like we may find out soon.

For their part, Democrats seem to be growing tired of Biden’s shenanigans.

Some senior Democrats, The AP stated, are “dismayed by a steady stream of startling disclosures expressed criticism Sunday of how President Joe Biden handled classified material after leaving office as vice president and disappointment that the White House has not been more forthcoming with the public.

Dick Durbin, the second leading Democrat in the Senate said that the president should be “embarrassed by the situation.” He added “that the president had ceded the moral high ground on an issue that has already entangled former President Donald Trump. Special counsels appointed by Attorney General Merrick Garland are investigating both cases.”