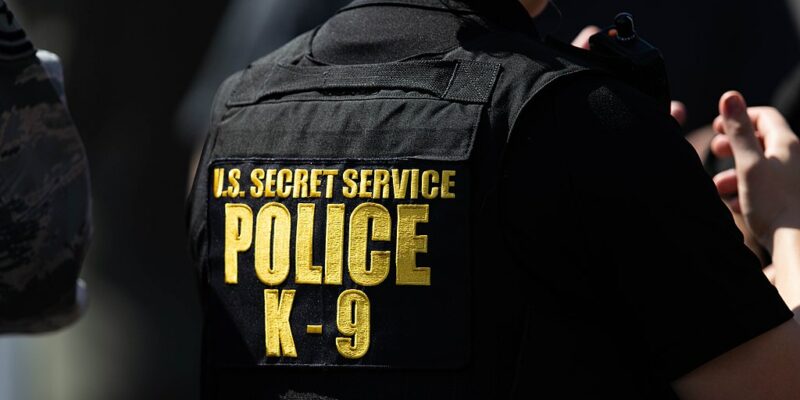 A new book suggests that Joe Biden is paranoid about his Secret Service protection. The forthcoming tome by documentary filmmaker and New York Times best-selling author Chris Whipple, The Fight of His Life: Inside Joe Biden’s White House, states, “President Joe Biden was so disturbed by the Secret Service’s handling of text messages sought by the House January 6 select committee that he stopped speaking candidly in the presence of special agents assigned to his protection detail, a new book on the Biden White House has revealed.

Chris Whipple writes that Mr. Biden’s discomfort with the post-Trump era agency began early on in his presidency, when it became clear that “some of” the agents charged with protecting him from assassination were strong supporters of the man he defeated in the 2020 election, former president Donald Trump.

According to a copy of the book obtained by The Independent ahead of its January 17 2023 release date, Whipple writes that Mr. Biden simply did not trust the agents, and noted that his attitude is a sharp contrast from how he felt during his years as vice president, when he’d become very close with the agents on his detail. He added that the change in Mr. Biden’s view is also a result of the increased size of the detail assigned to the chief executive and suggested that the president shouldn’t have been surprised by the presence of ‘MAGA sympathizers’ among his bodyguards because the Secret Service “is full of white ex-cops from the South who tend to be deeply conservative.’”

Despite public statements otherwise, the alleged animosity towards the police reveals that Biden personally holds similar feelings to the rest of the Democratic Party, which has repeatedly argued that police across the country should be defunded. During the 2020 violent protests, his running make, Vice President Kamala Harris, asked supporters to contribute to the bail funds of those who attacked police officers.

If you’re able to, chip in now to the @MNFreedomFund to help post bail for those protesting on the ground in Minnesota. https://t.co/t8LXowKIbw

Biden had previously challenged his party’s radical stance due to its unpopularity, especially with African Americans. Biden’s animosity towards the Secret Service allegedly stems from an incident in which his dog, Major, got in trouble for repeatedly biting one of the agents who have taken an oath to take a bullet for him.

The New York Post reported, “President Biden doesn’t speak about sensitive matters in front of the Secret Service and told a friend that he thought an agent lied about being bitten on the leg last year by then-first dog Major, according to a new book — despite internal emails indicating the German shepherd bit agents eight days in a row.

“Look, the Secret Service are never up here. It didn’t happen,” Biden reportedly said while pointing out the location of the alleged attack on the second floor of the White House.

Biden thought “somebody was lying … about the way the incident had gone down,” author Chris Whipple writes in “The Fight of His Life,” according to excerpts published by The Independent ahead of the book’s January 17 release.

One Secret Service agent insisted that the president personally pay to repair a ripped coat after he was attacked by Major on March 6, 2021, as Joe and first lady Jill Biden came inside from the White House Tennis Pavilion.”

In April, leaders of the Secret Service tried to bend over backwards to keep Biden happy following the dog attack at the White House. The New York Post, which caused discord within the agency at the time. The newspaper wrote, “Secret Service agents were outraged last year by the White House’s attempt to downplay bite injuries caused by then-first dog Major — even trying to get President Biden to personally pay for a damaged coat, newly released documents show.

The records, released in response to a Freedom of Information Act lawsuit by Judicial Watch, show that attacks occurred both earlier and later than previously known.”

According to Whipple, Biden apparently sees people being upset about being bitten by a German Shepherd as a MAGA conspiracy out to get him.

“Shortly after Major’s behavior became a nationwide topic of conversation, Biden told ABC News’ George Stephanopoulos that ‘Major did not bite someone and penetrate the skin,” People wrote.

‘What happens is … what surprised me is the White House itself, living there: Every door you turn to, there’s a guy there in a black jacket,’ the president said. ‘You turn a corner and there’s two people I don’t know at all. And they move — and he moves to protect. But he’s a sweet dog,’ Biden said of Major.

‘The dog’s being trained now [with] our trainer at home in Delaware,’ the president said.

Former press secretary Jen Psaki touched on the incident at a March 2021 briefing, saying: “Major was surprised by an unfamiliar person and reacted in a way that resulted in a minor injury to the individual, which was handled by the White House Medical Unit with no further treatment needed.'”

This is not the first time Biden has treated the Secret Service as his Praetorian Guard. “The Secret Service detail protecting the president’s controversial son has been paying more than $30,000 a month to rent out a swanky Malibu, California, mansion for nearly a year,” sources familiar with the matter told ABC News.

The agency responsible for protecting the president and his family — among other ranking government officials — selected the property in order to be located as close as possible to Biden’s own rented mansion where he is paying about $20,000 a month according to property listings.”

Whipple has claimed The Fight of His Life is drawn from “on interviews with Biden, chief of staff Ron Klain, and others, [the author] provides a balanced assessment of the administration’s successes and failures as it dealt with the Covid-19 pandemic, inflation, the withdrawal from Afghanistan, the Russian invasion of Ukraine, and more.”

In a statement to Insider, “a White House spokesperson said the White House doesn’t plan to “engage in confirmations or denials when it comes to the specifics” of claims made in books about the administration.”

The Secret Service also did not deny or confirm the president’s trusting the actions of dog over the word of some of its agent.

Michelle O Says She Didn’t Like Barack For A Decade, Little Kids Are ‘Terrorists’