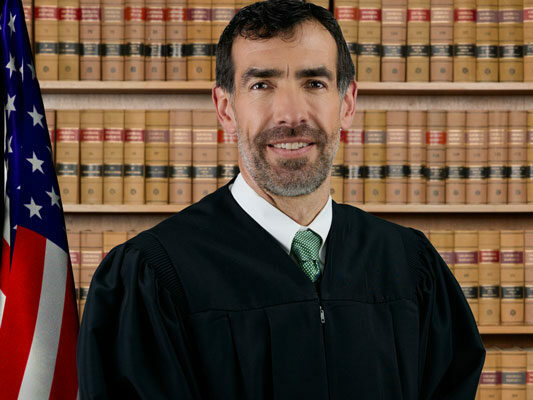 A radical lower court judge has effectively twisted into a pretzel in order to restore Roe v Wade in the Peach State. CNN reports, “A Georgia Superior Court judge has overturned the state’s law banning abortions as early as six weeks of pregnancy, ruling it unconstitutional and saying it cannot be enforced.

The decision from Fulton County Superior Court Judge Robert McBurney makes the procedure legal in the state again until at least 20 weeks of pregnancy, effective immediately. The judge’s order comes in response to a lawsuit that sought to strike down the ban on multiple grounds and will apply statewide.

HB481, dubbed Georgia’s LIFE Act, bans, with some exceptions, abortion when early cardiac activity is detected – as early as six weeks into a pregnancy, when many women don’t yet know they are pregnant.

The lawsuit was filed by SisterSong Women of Color Reproductive Justice Collective, a group that seeks to “strengthen and amplify the collective voices of indigenous women and women of color to achieve reproductive justice,” according to the group’s website.”

Despite the Supreme Court overturning Roe v Wade earlier in the year, Fulton County Superior Court Judge Robert McBurney wrote that the law was still unconstitutional. He also whined about the Dobbs ruling in his footnotes.

The American Civil Liberties Union of Georgia, which represented doctors and advocacy groups that had asked McBurney to throw out the law, said it expects abortions past six weeks of pregnancy to resume Wednesday at some clinics.

Now that the Supreme Court has overturned Roe v. Wade, the prohibition on abortions provided for in the 2019 law “may someday become the law of Georgia,” he wrote.

But, he wrote, that can happen only after the General Assembly “determines in the sharp glare of public attention that will undoubtedly and properly attend such an important and consequential debate whether the rights of unborn children justify such a restriction on women’s right to bodily autonomy and privacy.”

“Andrew Isenhour, a spokesman for Georgia Gov. Brian Kemp (R), said in a statement that the ruling ‘places the personal beliefs of a judge over the will of the legislature and people of Georgia.’ The Georgia attorney general’s office immediately filed an appeal to the Georgia Supreme Court,” according to The Washington Post.

The newspaper continued, “Georgia’s abortion law was among the strictest in the country when Kemp signed it into law in 2019. The law bans abortions after fetal cardiac activity is detected, at roughly six weeks. It had been blocked from taking effect until this summer, when the Supreme Court overturned Roe v. Wade’s decades-old protections.

In Georgia, 13 clinics have continued to provide abortions since Roe was overturned. One clinic has closed since the Supreme Court’s June ruling, according to an October report from the Guttmacher Institute, a research group that supports abortion rights.

In light of Tuesday’s ruling, Georgia could become a destination for patients across the South if the procedure remains legal in the state. Even with the roughly six-week ban in place, Carafem providers were seeing patients traveling from states such as Kentucky, Alabama and Mississippi.”

Abortion has become a hot topic in the Senate race in Georgia. The contest is between Republican Herschel Walker, who allegedly once paid for an abortion but has since come out as pro-life, and Democrat Raphael Warnock, who would have the government pay for abortion and refuses to say if there should be any limit to the practice whatsoever.

Why pro-lifers might be torn on the choice is anyone’s guess.

Fox News noted, “As abortion remains a midterm focus, Sen. Raphael Warnock, D-Ga., will not say if he supports any limitations on abortion after referring to himself as the “pro-choice pastor” and cosponsoring the Democrats Women’s Health Protection Act.

“As a pro-choice pastor, I’ve always believed that a patient’s room is way too small for a woman, her doctor, and the United States government,” said Warnock, pastor of Ebenezer Baptist Church in Atlanta, in a tweet after the classified Dobbs ruling was leaked.

Fox News Digital reached out to Warnock, who is currently competing in one of the most closely watched Senate races this cycle against GOP nominee and pro-life advocate Herschel Walker, asking if he supported any limitations on abortion after sponsoring the major pro-abortion legislation. Warnock did not respond.

Asked by reporters at a news conference in Atlanta last week if he would accept any federal limitations on access to abortion, Warnock would only say, ‘Women have seen a core constitutional right of theirs that they’ve known now for half a century undermined by an activist court.'”

Walker has stated that the accusations he paid for an abortion were false, claiming at a recent debate, “Well, as I said, that’s a lie. On abortion, I’m a Christian. I believe in life…. I’ll be a senator that protects life.”

In 2020, McBurney “unleashed some colorful language in dismissing a lawsuit filed by former Sen. David Perdue, R-Georgia, challenging the results of the 2020 general election that led to a runoff where he was unseated.

McBurney said Perdue and Elizabeth Grace Lennon, a ‘concerned voter’ who joined him in the complaint either failed to ask for relief, asked for what the law cannot provide—a declaratory judgment about something that already happened—or mirrored an earlier 2020 election challenge that another judge threw out last year.”

He recently ran unopposed for his position in the last election.