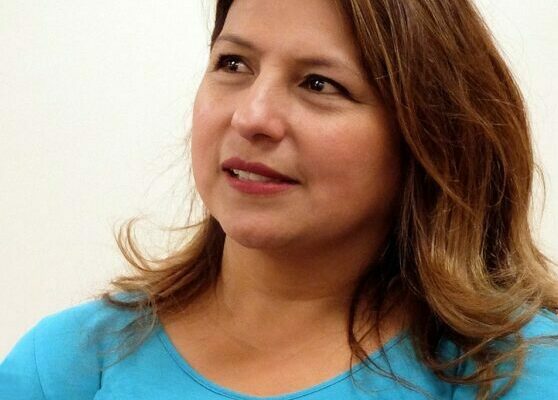 Sometimes when Democrats tell you who they are, you should listen. If one liberal lawmaker in Virginia gets her way, parents in the Old Dominion may face a felony or misdemeanor charge if they do not affirm their child’s sexual orientation and gender identity. That’s according to Del. Elizabeth Guzman, a member of the Virginia House of Delegates who plans to introduce the legislation in the next session.

The Daily Wire explained: Guzman, a social worker, went public with her plans to introduce the bill a week after The Daily Wire reported that a National Association Of School Psychologists official named Amy Cannava boasted that she was working with an unnamed state delegate matching Guzman’s description to craft such legislation. “I want to see a kid in a home with food and shelter and insurance and support, but I also don’t want to lose kids to death,” Cannava said, adding that “I will not deny the fact that I have put parents in their place in my office or at school.”

Cannava is also affiliated with a group called the Pride Liberation Project that said it would pick up trans and gay teens who didn’t like their parents, and “work with other supportive adult organizations in the region to find you someone who can provide you a kind and affirming home.”

A similar bill was quietly introduced in 2020 by Guzman and four other Democrats immediately after they took control of the legislature in the 2019 elections. It redefined the term “abused or neglected child” to include one whose parent “inflicts, threatens to create or inflict, or allows to be created or inflicted upon such child a physical or mental injury on the basis of the child’s gender identity or sexual orientation.”

The sole Senate sponsor of the 2020 bill was Joe Morrissey, who served prison time for contributing to the delinquency of a minor after sleeping with his teenage secretary. He accepted a plea deal after initially being indicted on possession of child pornography and other charges.

One of the lower chamber’s co-sponsors was Ibraheem Samirah, whose political career rested on saying that President Donald Trump was separating his family of immigrants when, in fact, his father was banned from the country after September 11, 2001, because he was a member of the Muslim Brotherhood.

Local DC News interviewed Guzman to allow her to discuss her bill:

🚨🚨🚨🧵Virginia Democrats to introduce legislation that would allow parents who don’t affirm their child’s “gender identity” to be criminally prosecuted. 1/pic.twitter.com/EO6HdXWmi5

Guzman claims that her bill is in response to Governor Glenn Youngkin arguing that school districts and school administrators should not hide their child’s sexual orientation and gender identities.

She told local ABC 7, ‘If the child shares with those mandated reporters, what they are going through, we are talking about not only physical abuse or mental abuse, what the job of that mandated reporter is to inform Child Protective Services (CPS),’ Guzman told 7News. ‘And then that’s how everybody gets involved. There’s also an investigation in place that is not only from a social worker but there’s also a police investigation before we make the decision that there is going to be a CPS charge.’

‘What could the penalties be if the investigation concludes that a parent is not affirming of their LGBTQ child? What could the consequences be?’ 7News Reporter Nick Minock asked Guzman on Thursday.

‘Well, we first have to complete an investigation,’ Guzman answered. ‘It could be a felony, it could be a misdemeanor, but we know that CPS charge could harm your employment, could harm their education, because nowadays many people do a CPS database search before offering employment.'”

Transgenderism in schools has recently become a hot topic. In Vermont, school leaders at Randolph Union High School recently barred the girls volleyball team from using the women’s locker after some players objected to a biological male changing with them after the student allegedly made comments that made the girls uncomfortable.

Despite saying they had no concerns about having a biological male teammate, school leaders forced the girls to change one at a time while giving the transgender player full access to the locker room.

In a recent letter, the American Academy of Pediatrics, the American Medical Association, and the Children’s Hospital Association “called on technology companies to do more to prevent this practice on digital platforms, and we now urge your office to take swift action to investigate and prosecute all organizations, individuals, and entities responsible.”

In 2021, Glenn Youngkin shocked Democrats by winning the Virginia governor race after galvanizing support when a school district hid the rape of a student from her mother and father. In response, Attorney General Merrick Garland dubbed protesting parents “domestic terrorists” when National School Boards Association demanded “that federal law enforcement authorities should employ the full array of tools at their disposal, including the Patriot Act, against these perpetrators of ‘domestic terrorism.'”

‘Radical’ Activists Throw Soup At Van Gogh Painting, Show How Feeble Their Cause Has Become

Even Obama Is Tired of Wokeness