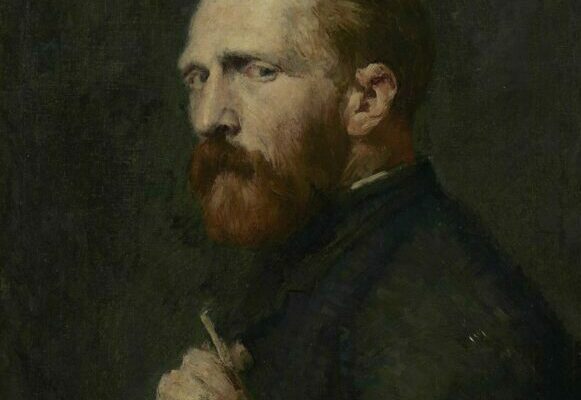 Earlier today, climate change radicals in England attacked one of the most famous paintings in the world, Vincent Van Gogh’s “Sunflowers.” During the mid-morning, two grimy activists threw soup on the beautiful work of art before they started ranting about oil and oil prices.

Activists with @JustStop_Oil have thrown tomato soup on Van Gogh’s Sunflowers at the national Gallery and glued themselves to the wall. pic.twitter.com/M8YP1LPTOU

‘What is worth more, art or life?’ said one of the activists, Phoebe Plummer, 21, from London. She was accompanied by 20-year-old Anna Holland, from Newcastle. ‘Is it worth more than food? More than justice?'” noted The Guardian.

The lead grimy gal continued: “Are you more concerned about the protection of a painting or the protection of our planet and people? The cost of living crisis is part of the cost of oil crisis, fuel is unaffordable to millions of cold, hungry families. They can’t even afford to heat a tin of soup.'”

The Telegraph described the horrifying scene. The female protesters, who removed jackets to reveal Just Stop Oil T-shirts, threw a can of Heinz soup over the 1888 artwork shortly after 11 a.m. on Friday, before glueing themselves to a wall.

The climate campaign group targeted Scotland Yard a few hours later, where 24 people were arrested after activists sprayed orange paint on a sign outside the building and glued themselves to the road outside.

Art historians warned that if activists continued to target great works of art in public galleries extra security measures, which force visitors to view paintings from afar, may be introduced.

The National Gallery said there was some minor damage to the frame, but the painting itself was covered by a sheet of glass so was fortunately “unharmed”. It is now back on display.

This is the second time that a famous piece of artwork has been attacked by climate activists in London. In July, The Hay Wain “suffered minor damage” after climate radicals attached an “apocalyptic vision of the future” to the John Constable masterpiece.

“Two Just Stop Oil protesters carried out the protest at the National Gallery,” the Telegraph reported, “before gluing themselves to the frame of the 200-year-old artwork.

Experts found minor damage to the frame and the varnish covering the painting after taking it down for examination. A spokesman for the National Gallery said both “have now been successfully dealt with”.

The protesters were arrested by Met Police officers on suspicion of criminal damage after visitors were evacuated from the room in which The Hay Wain hangs.”

The group has been attacking pieces of art throughout Europe. The New York Times wrote, “In Germany, protesters have stuck themselves to works including Rubens’s “Massacre of the Innocents,” which hangs in the Alte Pinakothek, in Munich. In Italy, works in the Uffizi, in Florence, and at the Vatican Museums have been targeted.”

The same group, albeit less grimy this time, spray painted the Scotland Yard sign at the police headquarters before being arrested.

⚖️ New oil and gas will lead to crop failure, food shortages and the collapse of law and order. Human civilisation as we know it is on the verge of collapse.#FreeLouis #FreeJosh #CivilResistance pic.twitter.com/EjeBaI8UcD

Last Sunday, climate activists in Australia “glued themselves to the glass covering of “Picasso’s Massacre in Korea,” standing alongside a banner that read “Climate Chaos = War and Famine,” highlighting the connection between climate breakdown and human suffering, the organization said on Twitter.

Victoria police said they believe the protesters entered the ground level of the gallery before a man and woman glued themselves to the covering at around 12:40 p.m. local time.

The 49-year-old woman from the state of New South Wales and a 59-year-old man from the Melbourne suburbs were removed from the painting just after 2 p.m.

Climate Change protestors, of course, have always been an odd, apocalyptic lot, but their actions have gotten even stranger as they’ve been ignored.

“Dana Fisher, a professor of sociology at the University of Maryland who studies protest movements,” told the Washington Post, “that such developments are a form of “tactical innovation,” in which protesters try new strategies to get increased media attention. The media gets accustomed to particular types of activism; a march or a sit-in that once commanded attention soon gets written off as old news. Climate protesters, Fisher explained, started by gluing themselves to artworks, which initially made a small news splash. Now that attention for that has cooled down, they have moved on to at least the appearance of defacing artworks, in an attempt to attract more eyes.

The action in the National Gallery did make prominent headlines across U.K. newspapers and around Europe; by late afternoon, one video of the incident on YouTube had been viewed 13.3 million times. At least to the activists involved, the fact that the protest had gone viral was probably viewed as a success. The climate issue — which at times is buried by geopolitical, economic and celebrity news — was back in headlines once again.

But as tactics escalate, protesters risk turning off people who may otherwise be sympathetic to their cause. “Research shows that this kind of tactic doesn’t work to change minds and hearts,” Fisher said. Someone prevented from commuting to work — or someone who believes that irreplaceable artworks are being harmed — might be turned off by the climate movement for some time, if not permanently.”

“It’s working to get attention,” Fisher told the newspaper. “But to what end?”

One of the main reasons climate activists in the West gain no traction is that they are more interested in fame than protest. Retweets over substance. They want to be Martin Luther King, Jr or John Lewis but don’t want the scars that go with being those kinds of people.

Throwing soup on a protected painting is not an act of protest. It’s an act to try and get attention, as if the entire world has never heard of climate change. There is no risk involved, unlike their counterparts in Iran, where at least 23 children have been killed in a crackdown by that government’s police in the aftermath of massive protests.

The grimy gals are going to get a ticket and then they’ll end up making it back to college class next week with a story to tell. They aren’t viewed as making a statement. They’re seen as being annoying.

How impotent was their protest? BBC reported, “One of Van Gogh’s famous Sunflowers paintings has been cleaned and is back on display, after climate activists threw tins of what appeared to be tomato soup over it.

London’s National Gallery confirmed it is now back in place, about six hours after the soup incident.”

[Read More: Biden Pretends To Be A Gold Star Dad In Latest Fib]

Virginia Democrats Aim To Criminalize Parents For ‘Misgendering’ Their Children