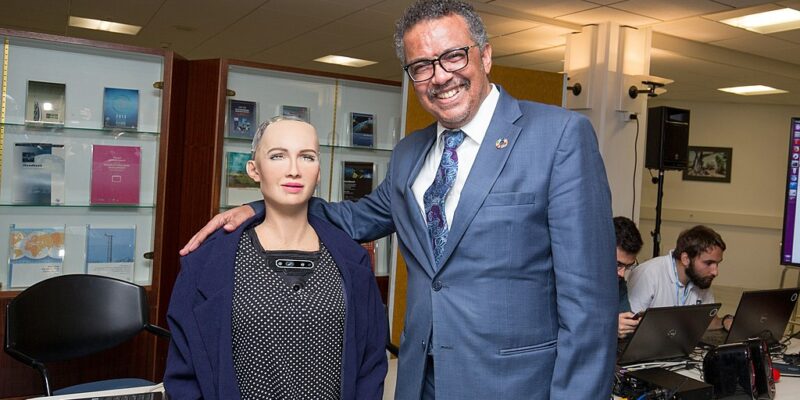 Find something you love as much as Democrats love granting authority to unelected, international bureaucrats. The White House is supporting amendments that will give the World Health Organization Director-General nearly unlimited, unilateral authority to declare a public health emergency in any nation of his choosing without local input.

The Epoch Times reports, “In a Jan. 26 letter to a virtual meeting of WHO’s executive board, Loyce Pace, Assistant Secretary for Global Affairs of the U.S. Department of Health and Human Services (HHS) described “the importance of equity and equitable access to medical countermeasures and the negative impacts of misinformation and disinformation related to the pandemic. We agree that we must all do better.

Among the proposed U.S. amendments, one removes an existing requirement in Section 9 that WHO “consult with and seek to obtain verification” from officials in a nation in which a health crisis is suspected before making any public declarations. The same amendment provides that “WHO may take into account reports from sources other than notifications or consultations” from the nation with the suspected problem.

A proposed change to Section 5 would direct WHO to establish “early warning criteria for assessing and progressively updating the national, regional, or global risk posed by an event of unknown causes or sources.”

A proposed amendment to Section 10 requires that the WHO, in the event the nation with the suspected problem doesn’t cooperate within 48 hours, shall ‘when justified by the magnitude of the public health risk, immediately share with other [nations] the information available to it.'”

The proposals come as one again Democrats are panicking about rising COVID cases. The School District of Philadelphia announced that they will once again require children to wear masks “until further notice.”

Superintendent William Hite said, “As we’ve learned since the pandemic began, the coronavirus continues to evolve and so too will our response to it. As we work together to minimize the spread, please remember that our Health and Safety Protocols are still in effect, including the importance of notifying the District if you test positive for COVID-19.”

According to federal data, “Compared to other age groups, people under 18 are at much lower risk of serious illness and death from Covid-19. The death rate for Americans under 18 who are infected is about 0.01 percent, compared to 5 percent for 65- to 74-year-olds, 12 percent for 75- to 84-year-olds, and 25 percent for people 85 and older. In total, people 50 and up make up 94 percent of Covid-19 deaths in the US.”

Do you think liberals will start crossing out the “science is real” part on their yard signs, or at some point, will we see the panicky Left mutter the secular rosary to themselves: “science is real, black lives matter, no human is illegal, love is love, women’s rights are human rights, and kindness is everything.”

I wonder whether they’ll be doing it in front of a Fauci candle, or will they just cut out the picture of Mary on their old rosaries and replace it with the “Doctor Fauci: Patron Saint of Public Health” medal?

The move to empower the WHO general-director should come as no surprise. The media has been whipped into a frenzy by health officials claiming that we’re all soon going to die from monkeypox. Joe Biden recently warned that “everybody should be concerned” about the recent virus, which has a whopping 80 or so cases confirmed worldwide, including a single case in Florida.

Belgium recently implemented a quarantine for anyone with the disease, which is allegedly spread through sex and was, according to experts, passed “among men at raves held in Spain and Belgium.”

Don’t fear, though. A vaccine exists, or at least a vaccine that helps prevent transmission exists. In an attempt to bring back the 1950s, Health leaders have begun pushing the smallpox vaccine again as a way to treat monkeypox. In 1980, the World Health Assembly declared smallpox eradicated. What’s old is new again.

[Read More: People Hate When Corporations Do This]