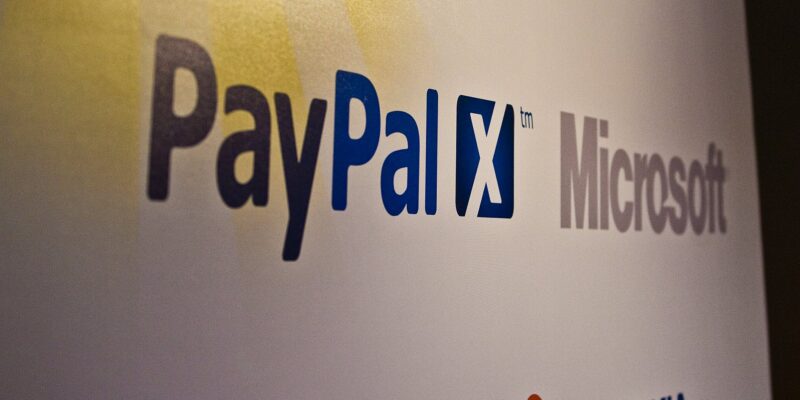 Before facing intense backlash, another giant of Silicon Valley recently tried to turn itself into the speech police. The financial processing company PayPal, cofounded by Elon Musk, revealed last week it planned to fine users up to $2,500 if it determines that the user is spreading “misinformation,” a word that has become synonymous in some corners with “saying that liberals are wrong about something.”

The Daily Wire reported the financial services company, which has repeatedly deplatformed organizations and individual commentators for their political views, will expand its “existing list of prohibited activities” on November 3. Among the changes are prohibitions on “the sending, posting, or publication of any messages, content, or materials” that “promote misinformation” or “present a risk to user safety or wellbeing.” Users are also barred from “the promotion of hate, violence, racial or other forms of intolerance that is discriminatory.”

Deliberations will be made at the “sole discretion” of PayPal and may subject the user to “damages” — including the removal of $2,500 “debited directly from your PayPal account” per offense. The company’s user agreement contains a provision in which account holders acknowledge that the figure is “presently a reasonable minimum estimate of PayPal’s actual damages” due to the administrative cost of tracking violations and damage to the company’s reputation.

The company’s current acceptable use policy does not mention such activities. The Daily Wire reached out to PayPal for definitions of the added terms, although no response was received in time for publication.

“Under existing law, PayPal has the ability as a private company to implement this type of viewpoint-discriminatory policy,” Aaron Terr, a senior program officer at the Foundation for Individual Rights and Expression, explained to The Daily Wire. “Whatever motivation PayPal has for establishing these vague new categories of prohibited expression, they will almost certainly have a severe chilling effect on users’ speech. As is often the case with ill-defined and viewpoint-discriminatory speech codes, those with unpopular or minority viewpoints will likely bear the brunt of these restrictions.”

The announcement came after PayPal briefly suspended the accounts of three accounts connected to a nonprofit dedicated to fighting for freedom of speech.

“Two weeks ago, PayPal shuttered the account of the Free Speech Union, a London-based organization founded by social commentator Toby Young to advocate for free expression. PayPal also closed Young’s personal account and that of his news and opinion website, The Daily Sceptic.

On Tuesday, PayPal reinstated the accounts, but only after sustained public criticism of the company’s apparently viewpoint-discriminatory actions,” according to Fire.org.

“In typically murky fashion, PayPal initially gave Young no reason for the bans other than to say that the accounts violated the company’s vague acceptable use policy. However, a PayPal spokesperson told the press,

“Achieving the balance between protecting the ideals of tolerance, diversity and respect for people of all backgrounds and upholding the values of free expression and open dialogue can be difficult, but we do our best to achieve it.” Other reports indicate PayPal’s decision to close the accounts had to do with alleged COVID-19 misinformation.”

Forgive me if I don’t leap for joy,” Young said in an interview with The Telegraph. “The last two weeks have been a nightmare as I’ve scrabbled to try to stop The Daily Sceptic and Free Speech Union going under. PayPal’s software was embedded in all our payment systems, so the sudden closure of our accounts was an existential threat.”

In a statement on their website, The Free Speech Union wrote: “We still do not know why, exactly, PayPal closed the FSU’s account, but we suspect it is because someone at PayPal – possibly the entire C-suite – disapproves of some of the people we have defended. PayPal has form when it comes to demonetising points of view it disagrees with, having recently shut down the accounts of the advocacy group UsForThem, as well as the personal account of the gender critical evolutionary biologist Colin Wright, and the account of Gays Against Groomers, an LGB group that opposes the teaching of gender ideology in schools.

About a third of the FSU’s 9,500 members use PayPal to process their membership dues, so this is seriously disruptive.

We are in the process of considering how to fight back, but at the very least we will be urging the Government to put legal safeguards in place to prevent others being deplatformed in this way. It should be against the law for any financial services company operating in the UK to discriminate against its customers – or potential customers – on the grounds of their political beliefs. If we allow privately-owned corporations to deplatform individuals and organisations whose political views they disagree with, then free speech is effectively over in this country.”

The Electronic Frontier Foundation recently explained the dangers that companies like PayPal pose to freedom of speech by imposing onerous terms of service against individuals and organizations that do not toe the line.

In “The Kafkaesque Battle of Soulseek and PayPal, and Why Free Speech Defenders Should be Worried About Payment Networks,” Rainey Reitman, a civil liberties advocate, explained:

“While the First Amendment imposes strict limitations on how the government can squelch online speech, corporations have more leeway. The argument, of course, is that consumers have choices about the companies they patronize, and companies also have certain First Amendment rights to choose what sorts of customers they want to allow.

When it comes to payment providers, that’s not exactly true.

Threats to free expression online can come in many forms, but shutting down or limiting a law-abiding website is censorship. While the situation with Soulseek turned out well in the end, we’re concerned about the many websites we haven’t heard from that may be facing similar problems. It’s time for the payment providers to start erring on the side of supporting legal speech and let courts—not arbitrary corporate policies—decide what content should be censored.”

After facing backlash, the company changed the “misinformation” language to “forms of intolerance that is discriminatory.”

At Reason Magazine, law professor Eugene Volokh noted, “the cited ‘Restricted Activities and Holds’ policy makes clear that ‘Actions We May Take if You Engage in Any Restricted Activities’ are determined based on PayPal making the decision ‘in our sole discretion,’ if Paypal’ believe[s] that you’ve engaged in any of these activities.’

So if PayPal’ in [its] sole discretion’ concludes that you’re using PayPal’ for activities that … relate to transactions involving … promotion of” “discriminatory’ ‘intolerance’—presumably including distributing publications, or for that matter buying publications (since that’s an activity related to transactions involving the promotion of certain views)—it can just take $2500 straight from your account.

Might you, for instance, be sharply criticizing a religion? Or saying things that sharply condemn, say, government officials (police, FBI, etc.) in ways that some might say involve ‘promotion of hate’? Or praising people who have acted violently (e.g., in what you think is justifiable self-defense, or defense of others, or even war or revolution)? If PayPal thinks it’s bad, it’ll just take your money.”

Volokh recommends separating your finances from PayPal as the best way to protect your money from the thought police.

[Read More: Russian Symbol Of Putin’s Might Blown Up By Ukrainians]

Shooting On GOP Candidate’s Doorstep As Crime Spikes In NYC