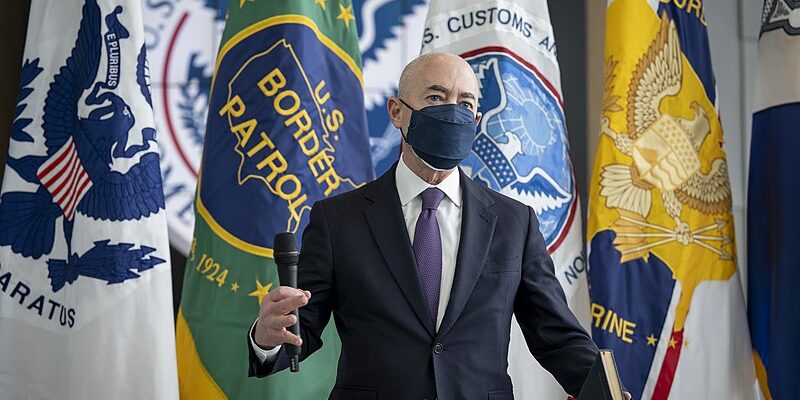 One of the things we know about Joe Biden is that he’s a serial liar, even on trivial things. Even the New York Times noted, “For more than four decades, Mr. Biden has embraced storytelling as a way of connecting with his audience, often emphasizing the truth of his account by adding, ‘Not a joke!’ in the middle of a story. But Mr. Biden’s folksiness can veer into folklore, with dates that don’t quite add up and details that are exaggerated or wrong, the factual edges shaved off to make them more powerful for audiences.”

While the Times calls it “stories” to euphemize them into harmlessness, everyone else can see them for what they are: lying. His most cynical “tale” yet may have happened a few days ago.

For many years Joe has spoken of his Golden Child, Beau, who tragically died of cancer in 2015 after serving in Iraq and then as Delaware’s attorney general. His passing functioned as the motivation for Biden’s “moonshot” project to fight cancer. But Joe just couldn’t let that be enough, and he needed to use his son’s death to score some sympathy.

In the middle of describing one of the Army 10th Mountain Division’s feats during the Second World War, the New York Post said the president erroneously “implied his offspring was killed in action.”

Biden said, “American soldiers of the 10th Mountain Division scaled that 1,800-foot cliff at night, caught the Germans by surprise, captured key positions, and broke through the German defense line at a pivotal point in the war,” the president said. “Just imagine — I mean it sincerely — I say this as a father of a man who won the Bronze Star, the Conspicuous Service Medal, and lost his life in Iraq. Imagine the courage, the daring, and the genuine sacrifice — genuine sacrifice they all made.”

Biden’s penchant for cynically lying to gain short-term sympathy, mostly from liberals who spend too much of their time online, has trickled permeated his entire administration. The recent revelations about what his DHS Secretary knew about the infamous “whipping picture” hoax, where Twitter and Democratic leaders pretended border agents on the southern border used whips against those crossing the southern border, proves it.

The Free Beacon wrote, “Mayorkas that same day nevertheless decided to join a Biden administration press conference that pushed the debunked narrative, and he even went so far as to call the images “horrifying” and an example of “systemic racism.” President Joe Biden, meanwhile, made a whipping motion with his hand as he said the photographs depicted “people being strapped.”

Biden and Mayorkas pushed the false narrative as the country faced a still-ongoing crisis at the border. One month after the press conference, the number of migrant encounters soared to a record 1.7 million. That number has only risen higher, reaching more than two million this year, the Washington Free Beacon reported. Vice President Kamala Harris, who is ostensibly in charge of dealing with the crisis, has been to the border only once.

While the Department of Homeland Security’s investigation into the “whipping” incident is ongoing, an internal memo found “no evidence any agent struck—intentionally or otherwise—any migrant with their reins,” the Free Beacon reported.

National Border Patrol Council president Brandon Judd told Fox that Espinosa’s email “clearly shows” that Biden administration officials are “willing to lie to the American people for their self-interests.” Judd said the officials who lied about the incident should resign.”

Chris Magnus, head of the CBP, said, “there was ‘no evidence’ that Border Patrol struck Haitian migrants with their reins or used whips in Del Rio, Texas, last year, implicitly rebuking the false claim made by President Biden and other top Democrats — even as the agency recommended punishment for the agents for infractions such as “offensive” language and unnecessary force.”

He continued: “[DHS’ Office of Professional Responsibility] found no evidence Border Patrol agents involved in this incident struck anyone with their reins intentionally or otherwise.”

Despite being cleared of the accusations, four border agents were disciplined for “unprofessional conduct.”

The Washington Examiner reported, “In a highly publicized incident that unfolded as 30,000 primarily Haitian migrants came across the Rio Grande from Mexico and set up camp under a bridge, mounted Border Patrol agents were photographed and filmed attempting to prevent people from walking across the river and past their horses on the U.S. shoreline.

Male migrants ignored agents’ verbal orders to turn around, and the mounted agents rode along the riverbank as migrants tried to get past them. In a photograph, an agent appeared to use something in his hand to whip a man, though the Border Patrol has since said agents are not issued whips and that the agent had held the horse’s reins in such a way to create distance between the animal and the man to prevent the horse from trampling him.

Magnus said the agents were on-scene at the river that day at the request of the Texas Department of Public Safety, a state law enforcement agency that has no jurisdiction over the federal agents. The agents were helping Texas DPS because their supervisor had approved it. However, the supervisor had not obtained approval from management.

‘The report showed there were failures to make good decisions at multiple levels of the organization,’ Magnus said in a written statement. ‘Failures to maintain command and control over Horse Patrol Units, lack of appropriate policies and training, and the overall chaotic nature of the situation at Del Rio at the time contributed to the incident.'”

Now we know the White House needed someone’s head to present to Twitter liberals and that the Secretary of Homeland Security was willing to tell, in the words of the euphemizing New York Times, “a story” to make sure they got one.

‘Radical’ Activists Throw Soup At Van Gogh Painting, Show How Feeble Their Cause Has Become