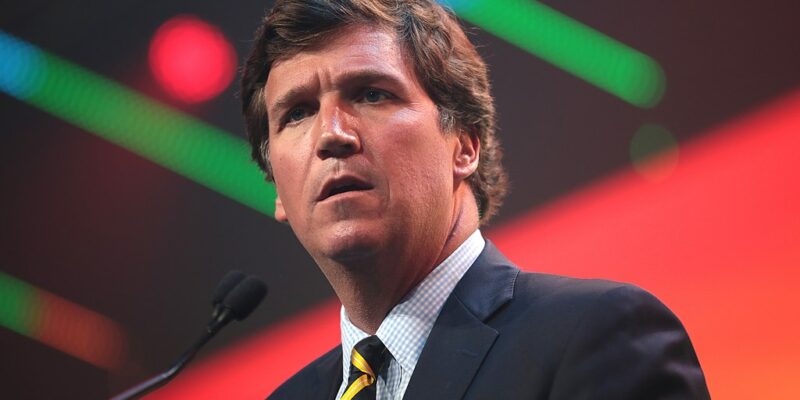 Last week in an Austin courtroom, lawyers representing plaintiffs suing Alex Jones on behalf of the relatives of Sandy Hook victims revealed that they had been given two years of the InfoWars founder’s text messages on accident.

The Austin American-Statesman reported, “In a courtroom revelation, Mark Bankston, a lawyer for Scarlett Lewis and Neil Heslin, explained that days earlier he had inadvertently been given a complete digital copy of the cell phone records from Jones’ attorneys.

“Your attorneys messed up and sent me an entire digital copy of your entire cell phone, with everything text message you’ve sent for the past two years,” Bankston is seen saying in live video of the trial, which had received more than 6 million views by Wednesday afternoon.

‘That is how I know you lied to me when you said you did not have text messages about Sandy Hook,’ he continued. Jones pushed back, saying he was being truthful and the accusation from Bankston was a ‘Perry Mason moment,’ alluding to a fictional defense attorney character.”

While the text messages led to a jury in Texas awarding the Sandy Hook families $45.2 million in damages from Jones, he’s not the only media personality who’s feeling hot under the collar.

The Daily Beast has reported that “Tucker Carlson is ‘shitting himself’ over the possibility that texts between him and far-right conspiracy loon Alex Jones will leak, a source close to the Fox News star told Confider.

Carlson and the raving Infowars ranter trade text messages on a daily basis, according to two people familiar with their relationship. If made public, these sources said, the text messages would be “highly embarrassing” for Carlson.

Two years’ worth of text messages sent and received by Jones are now in the possession of the U.S. House committee investigating the Jan. 6 Capitol insurrection after the far-right conspiracy king’s lawyers accidentally sent a digital copy of all his texts to the lawyers representing the families affected by the Sandy Hook elementary school massacre, which Jones repeatedly dubbed a “hoax.” (Last week, a Texas jury ruled that Jones must pay a combined $49 million in compensatory and punitive damages to the parents of one of the schoolchildren killed in that 2012 mass shooting.)

Carlson and Jones have maintained a friendly relationship for years. The Fox News primetime star has made multiple appearances on Infowars, gushed over Jones’ unhinged rhetoric, branded him “more talented than I am.

Earlier in the week, CNN reported that nearly “two years’ worth of text messages sent and received by right-wing conspiracy theorist Alex Jones have been turned over to the House select committee investigating the January 6 insurrection.”

As the trial concluded, Bankston revealed that the January 6 committee had expressed interest in the material.

CNN continued: “Jones’ attorney Federico Andino Reynal asked the judge in the case to order Bankston to destroy the material and not transmit it to the House committee, but the judge declined.”

Judge Maya Guerra Gamble responded to Bankston by saying, “I’m not standing between you and Congress. That is not my job. I’m not going to do that.”

It’s not entirely clear why the January 6 committee would even be interested in the phone data, outside of using it as a fishing expedition or using the information to embarrass potential political enemies in ways completely unrelated to the mob at the Capitol.

Bankston already announced on the hard left internet show The Young Turks that Jones had sent a nude picture of his wife to Trump ally Roger Stone, allegedly bragging about her attractiveness. The Sandy Hook lawyer pretended it wasn’t to embarrass Jones and his wife, but because he was concerned about lawbreaking. Sure it was.

The New York Times disclosed, “The files do not appear to include text messages from the time most of interest to the committee: the day of Jan. 6, 2021, and the weeks building up to the attack, according to people familiar with the document production. Though the phone data was retrieved in mid-2021, the most recent message is from mid-2020.”

We have seen over the past year or so that Democrats have completely given up on using the power of the federal government to be neutral. They seem to protect their friends and while they aim to crush their enemies.

In May, as pro-life health centers were being targeted by domestic terrorist groups, the White House and Merrick Garland did very little to prevent the violence or prosecute the assailants.

In June, fifteen senators called out the Attorney General for not protecting Americans he disagreed with politically. They wrote, “Last October, the Department of Justice wasted no time in publicly responding to threats of violence against educators and school administrators related to COVID-19 policies. You issued a memo in which you stated, ‘While spirited debate about policy matters is protected under our Constitution, that protection does not extend to threats of violence or efforts to intimidate individuals based on their views.’

At the same time, the Department created specialized training and guidance for local school boards and school administrators to help “potential victims understand the type of behavior that constitutes threats, how to report threatening conduct to the appropriate law enforcement agencies, and how to capture and preserve evidence of threatening conduct to aid in the investigation and prosecution of these crimes.” The Department also took steps to improve coordination between the FBI, the U.S. Attorneys’ Offices, and local law enforcement to “open dedicated lines of communication for threat reporting, assessment, and response.”

Yet in comparison to the current climate, in which multiple acts—not just threats—of violence have been documented, we have not seen the commensurate public response from the Department of Justice that the moment demands. The criminal acts perpetrated against those who oppose legalized abortion are a clear effort to intimidate or coerce individuals who hold pro-life values. We call on the Department of Justice to take these actions seriously and work to prevent violence and, when such acts are perpetrated, investigate and prosecute them as appropriate.

We are dismayed that the open and public urgency with which the Department of Justice undertook efforts in the name of public safety last year is not being replicated currently to protect religious and other pro-life organizations and individuals.”

This rising trend has been noticed. Michael Burry, the investor who rose to fame for being one of the first to predict and profit from the 2007 subprime mortgage crisis, as documented in the movie The Big Short, used the raid on Trump’s home to criticize the weaponization of government.”

Fortune Magazine noted that in a tweet, “Burry described the search at Trump’s home in Mar-a-Lago as ‘fucking obscene’ and implied it was politically motivated.”

The famed investor wrote, “​​The Justice Department serves the Democrat party, existing to arm Left narratives and squash the Right’s. The Left wants you to fear serving in a Republican administration. They want you to fear voting Republican.”

Trump has been accused of stealing the nuclear codes after he left the White House.

[Read More: An Unlikely Fighter Against the CCP]