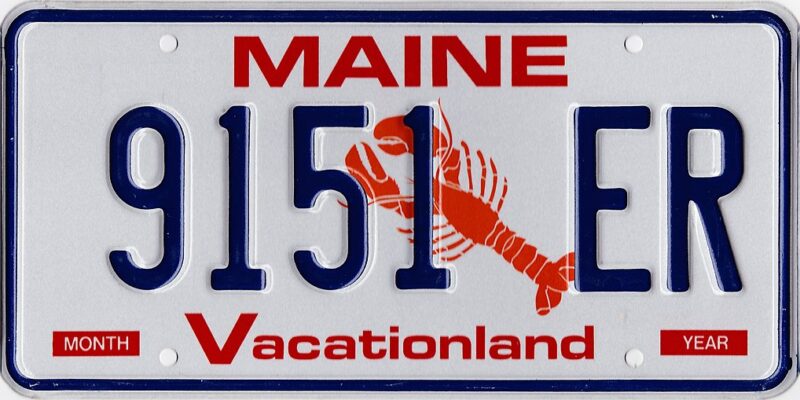 Environmentalists have claimed another scalp based on unfounded claims. For 150 years, Maine has been known for its lobsters. So popular and tasty is Maine lobster that McDonald’s includes lobster rolls on its menus in New England.

Drawing their livelihood from the ocean, Maine lobstermen are proud to be called “Stewards of the Sea.” The Maine Lobster Marketing Collaborative brags about their environmental work, writing, “Maine lobstermen work alongside environmental groups and scientists to monitor the health of Maine’s waters and evolve the industry to adapt to climate change. This has included things like diversifying their businesses through aquaculture.

For decades, Maine lobstermen have proactively worked to effectively protect Maine’s marine life – including endangered North Atlantic right whales. From removing rope lines from the ocean to experimenting with new technologies, Maine lobstermen continue to work together to coexist with right whales while ensuring the health of the Maine Lobster fishery.”

That isn’t enough for one environmental group, however. After pressure from environmental groups, the Marine Stewardship Council announced “it no longer considers Maine’s famed lobsters sustainable, given that whales on the brink of extinction are dying after becoming entangled in fishing gear.

The decision to revoke the Marine Stewardship Council’s recognizable blue label is a blow to a business already feeling an economic pinch amid low lobster prices, high fuel costs and questions about its environmental practices.

Retailers across the United States sell seafood rated by the Marine Stewardship Council, a nonprofit which uses independent reviewers to determine whether a fishery is well managed and that it does not harm other species or ocean habitats. The announcement comes just a month after another sustainability guide, Seafood Watch, cautioned against buying lobster caught in either American or Canadian waters.”

Whole Foods, one of the biggest retailers of Maine lobsters, has decided to attack the working men and women of The Pine Tree State by refusing to sell Maine lobsters in their store.

The AP has reported, “Whole Foods recently said that it will stop selling lobster from the Gulf of Maine at hundreds of its stores around the country. The company cited decisions by a pair of sustainability organizations to take away their endorsements of the U.S. lobster fishing industry.

The organizations, Marine Stewardship Council and Seafood Watch, both cited concerns about risks to rare North Atlantic right whales from fishing gear. Entanglement in gear is one of the biggest threats to the whales.

The decision by Whole Foods was an “important action to protect the highly endangered” whale, said Virginia Carter, an associate with the Save America’s Wildlife Campaign at Environment America Research & Policy Center.

Whole Foods said in a statement last week that it’s monitoring the situation and “committed to working with suppliers, fisheries, and environmental advocacy groups as it develops.”

A Whole Foods representative told Fox News Digital “that the chain will continue selling lobsters that were caught off the Gulf of Maine under the Marine Stewardship Council’s previously active certification program or were rated either ‘green’ or ‘yellow’ by the MBA Seafood Watch program.

‘We will pause purchasing lobster from the Gulf of Maine and resume when the MSC suspension is lifted or when the MBA Seafood Watch program rating is changed to green or yellow,’ the Whole Foods spokesperson said.

The grocery chain added in a statement that the Marine Stewardship Council and Seafood Watch are “critical to maintaining the integrity of our standards for all wild-caught seafood found in our seafood department.”

‘We continue to sell Gulf of Maine lobster in our stores that was procured while still under the active MSC certification (prior to suspension) or under an active MBA yellow rating. We are closely monitoring this situation and are committed to working with suppliers, fisheries, and environmental advocacy groups as it develops,’ the statement continued.”

Maine’s congressional delegation blasted Whole Foods for their decision to not follow science and instead march to the orders of environmentalists.

In a letter, they said, “We are disappointed by Whole Foods’ decision and deeply frustrated that the Marine Stewardship Council’s suspension of the lobster industry’s certificate of sustainability continues to harm the livelihoods of hardworking men and women up and down Maine’s coast. In an appeal to retailers just weeks ago, we outlined the facts: there has never been a right whale death attributed to Maine lobster gear; Maine lobstermen have a 150-year history of sustainability; and Maine’s lobstering community has consistently demonstrated their commitment to protecting right whales. Despite this, the Marine Stewardship Council, with retailers following suit, wrongly and blindly decided to follow the recommendations of misguided environmental groups rather than science. We strongly urge the Marine Stewardship Council and retailers to reconsider their potentially devastating decisions.”

The Biden administration launched “a crackdown on lobster lines with a 2021 rule, which immediately received backlash from lobstermen and the Maine delegation for setting too short of a time span to obtain necessary gear, such as lines that break when struck by a whale. The lawmakers wrote NOAA in February, saying that if the rules weren’t postponed, it would cost the lobster industry over $7 million.”

The actions are heavily going to hurt restaurants, as well. “It isn’t well-researched,” Fred Terry, co-owner of the Lobster Roll in Southampton told The New York Post. “There isn’t a lobster trap in Maine that a right whale couldn’t break the line of and go right through.”

“They’re lumping Maine lobster in with snow crab and king crab fishing,” said Terry, who’s also a director of the New York State Restaurant Association. “The domestic lobster market is probably the most regulated in the country.”

Again, there have not been any right whale deaths attributed to fishing for lobsters in Maine. For this liberal White House, and their corporate allies, evidence isn’t what matters. What matters is whatever the far-left media narrative currently says. If enough journalists and Twitter users repeat the same thing, it automatically becomes true.

Maine Senator Angus King, an independent who caucuses with Democrats to give them the majority in the Senate, said, “Make no mistake, this decision will have a real world impact – with the industry already facing challenges, the accusations of the designation will hurt thousands of families and businesses across our state. I hope the millions around the world who enjoy the delicious crustacean will see through this farce, continue to support the iconic industry, and join me in pushing for Seafood Watch to reverse this irresponsible decision and take lobster off the so-called Red List.”

In the 2020 presidential election, Joe Biden won Maine by 53. percent to 44 percent. In the midterm elections of 2022, Democrats won both Maine congressional races.

I guess you get what you vote for.