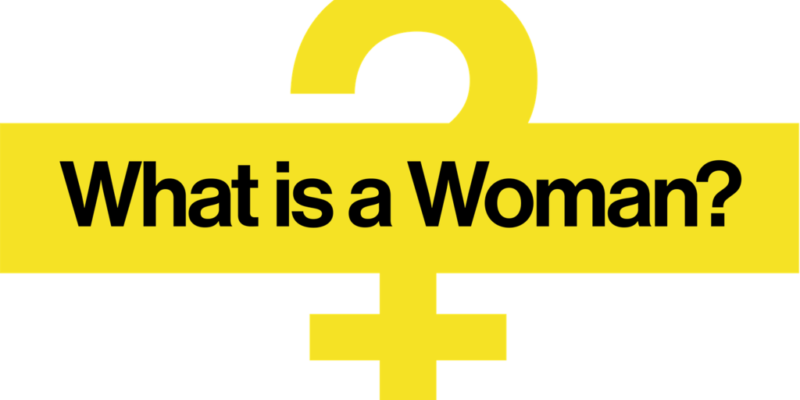 [The Daily Wire and/or the graphic artist(s), Public domain, via Wikimedia Commons]

Boys calling themselves lesbians used to be a joke that high schoolers would tell. Today it’s a major tenet of the trans-activist movement that is working diligently to erase biological womanhood. Its proponents, especially on the left, have begun using the force of government to instill their worldview on everyone else all across the West, but especially in Europe.

The latest absurdity comes from Norway. Fox News wrote, “Tonje Gjevjon, a lesbian filmmaker and actress, was informed on Nov. 17 that she was under investigation for speaking out against prominent Norwegian activist Christine Jentoft on Facebook. Jentoft is a transgender female that often refers to herself as a lesbian mother.”

Gjevjon’s crime? She dared to post the following on Facebook: “It’s just as impossible for men to become a lesbian as it is for men to become pregnant. Men are men regardless of their sexual fetishes.” She said she posted the message to show how insane Norway’s hate speech laws are.

The smoking gun for Norway’s censors can be seen below.

“Gjevjon’s comments appear to be under investigation for falling under a 2020 amendment to the country’s penal code that added ‘gender identity and gender expression’ under protected categories from hate speech. People found guilty of hate speech face a fine or up to one year in prison for private remarks, and a maximum of three years for public comments,” Fox News continued.

Gjevjon first began expressing criticism of gender identity ideology, which she calls the “queer patriarchy,” in 2017 after English feminist author Julie Bindel had her invitation to speak at a university revoked over claims of “transphobia.”

Since becoming more vocal with her “gender critical” views, Gjevjon has been blacklisted by Norway’s artistic community – a scene she had previously been flourishing in.

Gjevjon is also not the first to be confronted with charges over saying men cannot be mothers or lesbians. “Earlier this year, Jentoft filed criminal charges against Christina Ellingsen, a representative of Women’s Declaration International (WDI) Norway, for stating that men can neither be lesbians nor mothers. As reported by Reduxx in May, a police investigation was launched into Ellingsen’s alleged ‘transphobia,’ and, like Gjevjon, she is facing up to three years in prison if found guilty, according to the outlet Reduxx. She has said that her exhibitions have been canceled and called “dangerous” by trans activists.

She told Reduxx, ““I am under police investigation for campaigning for women’s rights, because to certain groups, the fact that women and girls are female and that men cannot be women, girls, mothers or lesbians, is considered hateful,” Ellingsen told Reduxx.

“The fact that police are legally able to investigate and persecute women who engage in women’s rights is concerning. This is new territory in Norway, so the outcome of the investigation is important, both if the case is dismissed and if it leads to trial.”

While it seems unlikely that such absurd laws would happen here in the U.S., prominent lawyer and political commentator Jonathan Turley recently explained how Norway could be the canary in the coal mine for the United States. He said, “Norway is a vivid example of how this movement to criminalize speech is continuing. The left has embraced censorship and criminalization to silence those with opposing views, even views based on religious values. It is a movement that continues to gain support in the United States. However, citizens need only to look to Europe to see what awaits us if we continue on this course.

It is no accident that, when Elon Musk bought Twitter, figures like Hillary Clinton turned to Europe to censor the views of fellow Americans. The anti-free speech movement has taken hold of the European Union.

The Gjevjon case is only the latest skirmish in this existential struggle for free speech in the West.”

He’s not wrong. Democrats in the United States have long supported bolstering hate speech laws. The entire party very vocally supports the banning of books, so long as the books hurt their preferred candidates in the next election. In the Citizen United case at the Supreme Court, Elena Kagan’s office, then Solicitor General, argued that the government had the power to ban books. She was rewarded with this effort by being appointed to the Supreme Court herself by Barack Obama.

This doesn’t even account for the anti-free speech movements being promoted by leftwing zealots on college campuses. The College Fix recently reported that it “identified just 61 Republican professors across 65 departments at seven universities as part of a recent survey of professor party affiliations nationwide.

A total of 33 of the departments had zero Republican professors identified within them — slightly more than 50 percent of all departments surveyed.

In contrast, 667 professors were identified as Democrat based on their political party registration or voting history in party primaries.”

Gjevjon certainly sees a connection to the United States. She recently posted a video of Tulsi Gabbard explaining how activists in the United States want to do away with women as a category. Like Senator Krysten Sinema, the former congresswoman recently left the Democratic Party because of how nutty it has become, saying that the party is “now under the complete control of an elitist cabal of warmongers driven by cowardly wokeness.”

Gjevjon said she hopes her country can learn from Gabbard’s example.

It’s no wonder elites in the West lost the confidence of the people they are supposed to serve.

[Read More: Biden Says He’s Got More Important Stuff To Do Than Worry About The Border Crisis]