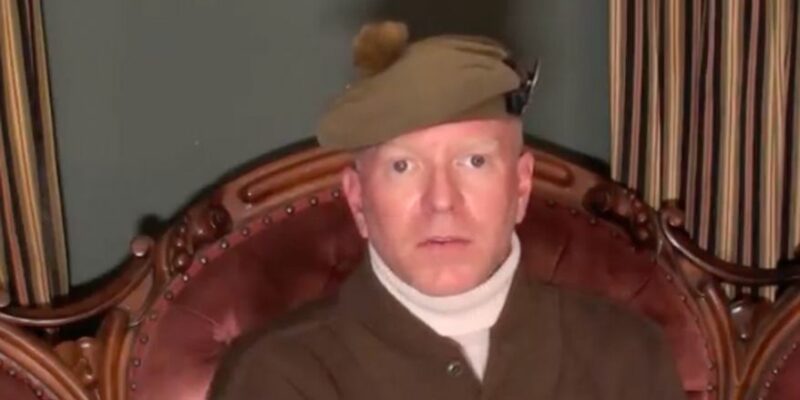 Sometimes you can only take so much mud being slung at you, especially when the ones doing it include the president of the United States and the chairman of the House Intelligence Committee. The owner of the computer repair shop where Joe Biden’s idiot son left his laptop is suing Hunter Biden, Joe Biden’s presidential campaign, Adam Schiff, CNN, The Daily Beast, and Politico for defamation.

The New York Post wrote, “The former shop owner, John Paul Mac Isaac, decided to fight back after losing his business and being harassed for 18 months by Big Tech, the media and Delaware locals in President Biden’s home state.”

“After fighting to reveal the truth, all I want now is for the rest of the country to know that there was a collective and orchestrated effort by social and mainstream media to block a real story with real consequences for the nation,” the 45-year-old Mac Isaac told The Post.

“This was collusion led by 51 former pillars in the intelligence community and backed by words and actions of a politically motivated DOJ and FBI,” he continued. “I want this lawsuit to reveal that collusion and more importantly, who gave the marching orders.”

John Paul Mac Isaac found himself thrust into the public eye after the New York Post on Oct. 14, 2020, published an exposé about the contents of the laptop Hunter Biden had abandoned at Isaac’s Delaware computer repair store. No sooner had the news broken than Joe Biden’s presidential campaign and backers of the Democrat candidate called the story Russian disinformation.

Isaac’s lawsuit against Hunter alleges that, contrary to Hunter’s claims, he knew the laptop was his, as Hunter knowingly left the laptop with Isaac on April 12, 2019, and then a short time later returned to the store with an external hard drive for Isaac to transfer the data recovered from the laptop hard drive. Yet Hunter “knowingly broadcast the false and defamatory information about his laptop to third parties — viewers of the interview” that imputed that Isaac was “involved in one or more crimes including, theft of his laptop, hacking of his laptop, or being part of a plot by Russian intelligence.”

The Delaware store owner also sued the “Biden for President Campaign Committee,” or “BFPCC,” which served as Joe Biden’s presidential campaign. According to his complaint, the members of the BFPCC claimed the New York Post exposé was “a Russian disinformation operation.” A senior Biden campaign adviser would repeat that theme in an interview on MSNBC, saying that if then-President Trump “decides to amplify these latest smears against the vice president and his only living son, that is Russian disinformation.”

Often referred to as “laptop from Hell,” the New York Post reported in October 2020 that they had recovered Hunter Biden’s laptop. The evidence found on the computer revealed, “Hunter Biden introduced his father, then-Vice President Joe Biden, to a top executive at a Ukrainian energy firm less than a year before the elder Biden pressured government officials in Ukraine into firing a prosecutor who was investigating the company, according to emails obtained by The Post.

The never-before-revealed meeting is mentioned in a message of appreciation that Vadym Pozharskyi, an adviser to the board of Burisma, allegedly sent Hunter Biden on April 17, 2015, about a year after Hunter joined the Burisma board at a reported salary of up to $50,000 a month.”

The Post’s revelations caused a full-blown panic in the media and among anti-Trump authorities. For example, The Washington Post’s “Fact Checker” announced that it could not “verify or authenticate these emails,” saying that it “fears that the emails could be part of a broader disinformation campaign” by Russia.

Further op-eds in DC newspaper labeled the emails “unverified” and said they “have never been authenticated,” and a news analysis dismissed the clear evidence as “sketchy.”

Only after Biden was safely elected did The Washington Post and New York Times confirm that the emails showing Biden’s shady dealings were true.

The corruption did not stop with the media. The FBI also got in on the act, but Senator Chuck Grassley of Iowa has confronted their lawlessness. In July, the senator announced that whistleblowers had come forward saying that the Bureau “intentionally underplayed damaging information about Joe Biden’s son and his brother James to help swing the 2020 election.”

Just yesterday, the senator announced that after doing his own digging, “Based on recent protected disclosures to my office, the FBI has within its possession significant, impactful, and voluminous evidence with respect to potential criminal conduct by Hunter Biden and James Biden,” Grassley said in the letter.

Isaac has filed his lawsuit in Biden’s home state of Delaware. Brian Della Rocca, his lawyer, said his client is seeking “at least $1 million in compensatory damages [and] punitive damages, which will be the much bigger number and will be determined at trial.”

Biden Will Run For President If Jill Gives Him Permission