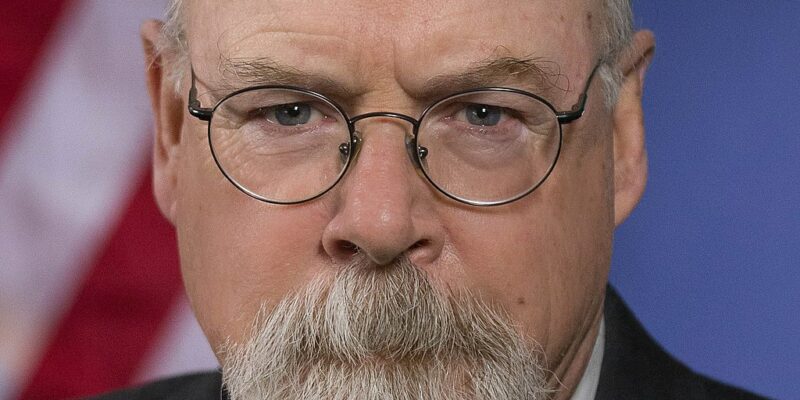 Special Prosecutor John Durham is like a dog digging for a bone. He’s got the scent and is going after Igor Danchenko, the suspected primary source for British ex-spy Christopher Steele’s dossier that sparked what the Trump campaign called “The Russian Hoax.”

In April 2019, then-Attorney General William Barr announced a review of the origins of the FBI’s investigation into Russian interference in the 2016 United States election that sparked years of tumult for the Trump Administration and wild conspiracy theorizing and creepy hero worship by liberals. In May of that year, Barr gave Durham “the power to subpoena for witness testimony and documents, to convene a grand jury and to file criminal charges.”

After years of investigating and not much to show for it, Durham may have proven how corrupted some in the FBI became after Trump’s victory, and it’s a doozy.

According to Just The News, “Durham asked the judge to admit Igor Danchenko’s “uncharged false statements to the FBI” on the infamous and unfounded allegations surrounding former President Donald Trump’s salacious activity at Moscow’s Ritz-Carlton Hotel.

In a bombshell revelation, Special Prosecutor John Durham revealed Tuesday in court filings that the FBI paid a Russian businessman as a confidential human source in the investigation of Donald Trump’s 2016 campaign even though it had prior concerns that businessman was tied to Moscow’s intelligence services

Durham persuaded the federal judge in the upcoming trial of Igor Danchenko to unseal a motion revealing that Danchenko, the primary source of the now-discredited Steele dossier, was paid by the FBI as a confidential human source for more than three years until the fall of 2020 when he was terminated for lying to agents.

Yes, you’re reading that right. The FBI was so bought into the “Russia Hoax” document that they paid the main source as an informant for years and only after the fact started doing some fact-checking.

The New York Post reported, “From January 2017 through October 2020, and as part of its efforts to determine the truth or falsity of specific information in the Steele reports, the FBI conducted multiple interviews of the defendant regarding, among other things, the information that he had provided to Steele,” Durham said in the court filing.

Danchenko’s indictment says he told lies when discussing several of the claims, “including that Russia had a tape of Trump in a Moscow hotel room with prostitutes who were urinating on a bed where President Barack Obama and first lady Michelle Obama had previously stayed.”

“Danchenko later admitted to the FBI that the scandalous detail, according to The Post, like much of his info in the report — was based on ‘rumor and speculation.'”

Liberals became obsessed with that lurid, fake rumor regarding the “pee tape.” For example, New York Magazine published 14 articles about the subject over nearly two years.

The recent Durham disclosure indicates that while the FBI fired Christopher Steele as a human source in November 2016 for leaking to the press, it also hired his primary peddler of his lies to work with them. This happened despite them knowing that Danchenko’s information in the Steele Dossier had been unsubstantiated, inflated, or even Russia propaganda itself.

Rolling Stone wrote, “A Dec. 2019 report by Justice Department Inspector General Michael Horowitz into the FBI’s use of the Steele dossier to justify, for example, a FISA warrant against Trump adviser Carter Page, said the agency was wrong to keep citing information from the dossier after the Danchenko interview. The DOJ has since said it did not have probable cause to believe Page was working on behalf of a foreign power when it moved to surveil him. The IG’s report also revealed that between 2005 and 2010, while he was working at the Brookings Institute, a D.C. think tank, investigators looked into whether Danchenko was an agent of the Russian government. According to the Times, Durham has subpoenaed his Brookings personnel files as part of his investigation.”

Danchenko has been indicted on five counts of lying to the FBI during their relationship and faces a federal trial next month.