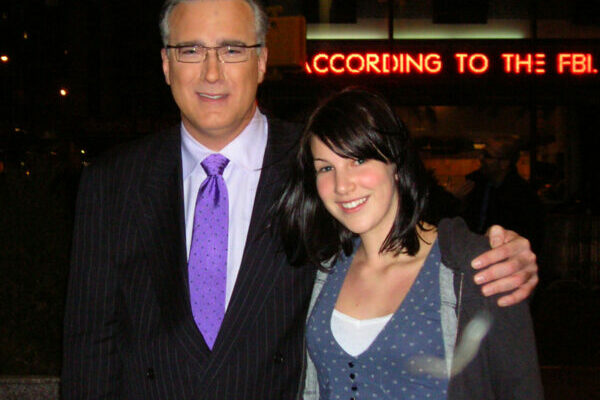 [Kirsten from Elk Grove, US, CC BY 2.0, via Wikimedia Commons]

Liberals woke up this morning expecting to be angry about the Supreme Court, thinking that Roe would finally get overturned and the Court would have the audacity to say that the American people should vote on laws regulating abortion. Instead, rulings said pretty common sense things: you can’t sue a police officer personally for failing to give Miranda Rights and the govt can’t just hand out concealed and carry permits to people they like, but rather, everyone should have the same access.

The reaction, while sad, was also predictable. Fox News reported that an enraged Keith Olbermann called for the dissolution of the Supreme Court on Thursday in response to its ruling Thursday that overturned New York’s restrictive concealed carry regulations.

The far-left, ex-MSNBC host tweeted it has “become necessary to dissolve the Supreme Court of the United States. The first step is for a state the ‘court’ has now forced guns upon, to ignore this ruling. Great. You’re a court? Why and how do you think you can enforce your rulings? #IgnoreThe Court.”

Olbermann added, “f— Alito, Thomas, Roberts, Gorsuch, Kavanaugh and the paralegal Coney Barrett,” notably singling out the only woman who voted to overturn New York’s law, and called them “House of Lords radicals pretending to be a court.

Even the former a former editor at the far left magazine Mother Jones, Ben Dreyfuss, called the former ESPN and MSNBC host out for his ridiculousness. Dreyfuss wrote, “Sounds like an overreaction to me. I know this won’t be a popular opinion but I don’t even have much of a problem with this gun decision. The fact that the only people in NYC with carry permits were like corrupt friends of the mayor always seemed a little weird”.

The far left has continued to attack the Supreme Court over the past few months as they have lost grip over the judiciary and the Court has said that they actually have to bring things in front of voters. As we reported recently, Jane’s Revenge, the pro-choice terrorist group that has claimed responsibility for the firebombing of dozens of pro-life pregnancy centers throughout the nation, recently released another threat. The group began perpetrating violence after a leaked draft of a Supreme Court ruling that showed the Justices intended to say that state legislatures should vote on abortion regulations rather than be handed down by courts.

Olbermann is no different from these kinds of radicals who demand violence, he just has better publicists that help the media ignore that he’s calling for revolution, but he shows that the Left has lost grip with reality.

They say when you’ve lost the argument the only option you have is to accept defeat or flip the table. Following Olbermann’s advice, Ed Markey has chosen the latter. The senator from Massachusetts demanded that Democrats pack the Supreme Court, a proposal that even FDR failed to ram through because of its overt radicalism. He wrote, “Congress must work swiftly to pass bipartisan gun safety legislation, and we must commit to expanding the Court. Now is the time to reclaim the stolen seats, bring balance to an illegitimate far-right bench, and restore the American public’s faith in the Court.”

While Olbermann and Markey may have been the most radical in their reaction, the most ridiculous went to the Governor of New York, Kathy Hochul. In response to New York officials no longer being able to only give concealed permits to their friends, the governor weirdly stated, “I’m sorry this dark day has come, that we’re supposed to go back to what was in place since 1788 when the Constitution of the United States of America was ratified. And I would like to point out to the Supreme Court justices that the only weapons at the time were muskets. I’m prepared to go back to muskets.”

One conservative commentator responded in a way that sums it up for a lot of Second Amendment supporters: “Sorry the Constitution happened to you.”

The Supreme Court is expected to issue more rulings tomorrow, and many expect the abortion ruling, which all of this overreaction has been a dry run for, to be included.