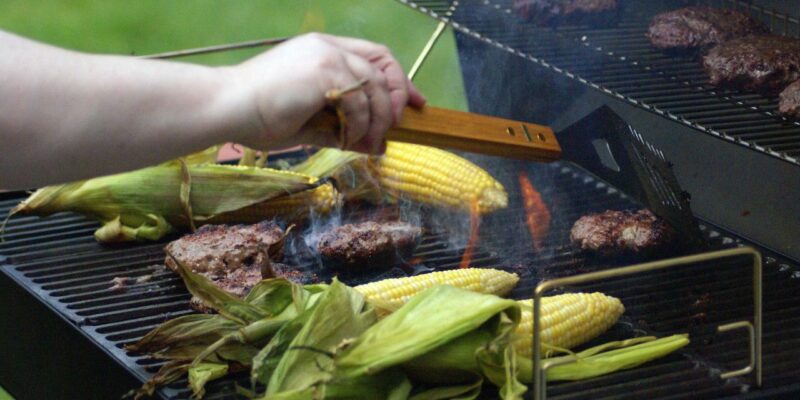 If you’re anything like me, you tugged your collar a little bit when you got the bill for this weekend’s grilling. If it seems like your bill for your annual Memorial Day weekend grilling was much higher than usual, you weren’t alone. The Biden Administration and Federal Reserve made “the worst call in history” when they claimed that inflation from Biden’s spending crashing into world events would be “transitory.”

The New York Post reports, “Barbecue staples have jumped in price over the last year, leading to more financial pain for cash-strapped Americans. The cost of food in supermarket aisles spiked a whopping 10.4% in April compared to the same month last year, according to the Consumer Price Index.

The price of steaks, a Memorial Day favorite, was up 11.8% through April compared to the same month last year. Uncooked ground beef rose 14.8%, while hot dogs were about 7% more expensive. Burger additions such as lettuce and cheese are respectively up 12.7% and 6.5%.

Fans of chicken wings are also in for sticker shock at the grocery store, with prices of fresh and frozen chicken parts up 17.9%. Bakery products, including bread, are up 9.6% year-over-year. Price increases for alcoholic beverages were more muted, though they are still higher compared to last year. Beer is up 5% and wine is up 1.5%.

The Federal Reserve and President Biden are under mounting pressure to address the inflation crisis. Overall consumer prices jumped 8.3% in April, remaining near four-decade highs, while food prices increased by 9.4%.”

Gas prices have also set record highs, hitting $4.60 per gallon ahead of the Memorial Day weekend. CNBC noted, “Analysts say gasoline prices usually peak by mid-May, but this year prices at the pump could continue to rise into July and reach about $5 a gallon nationally.”

As the rising costs of, well, everything has skyrocketed during his time in office, President Biden has insisted that inflation is “his top priority,” but even The New York Times isn’t buying it. The newspaper wrote, “President Biden tried on Tuesday to deflect blame for rising prices with a direct attack on Republicans for pursuing what he called an “ultra-MAGA agenda,” a phrase he has used in recent days as a reference to former President Donald J. Trump’s “Make America Great Again” slogan.”

He also tried to call the ever-steady inflation the “Putin Price Hike,” which just got laughed at and ignored, driving his approval rating lower and lower. I think David Harsanyi summed it up best: “The main problem with this transparently silly talking point is that most voters will surely recall that inflation concerns predated the invasion of Ukraine.”

In reality, the president is desperate to find someone to blame other than himself and the Democrats in Congress because it’s blowing up their agenda and their looking at a massive red wave in the midterms. Remember when they bragged that the cost of a 4th of July cookout was down 16 cents?

All of us can tell the Dems aren’t serious about tackling inflation, which acts as a tax on everyone, because they are still pursuing public handouts to their favorites who make up the Democratic coalition. Insider is reporting, “Though details remain in flux, the White House is inching towards providing $10,000 in debt relief for singles earning $150,000 and below, along with couples earning $300,000 and under.”

Those who didn’t go to college, saved for school, or already made sacrifices to pay students loans, do not vote Democratic enough for “working class Joe” to care. His advisors in the White House need their loans paid for by your tax dollars because “30 Top Aides With Millions in Debt.”

Just remember, as you pay extra for the cookout this year, at least the wealthy urbanites in San Francisco, Boston, New York, and Washington, D.C. making 300k will soon be getting a nice little treat from the president.

We at New Conservative Post want to wish a special Memorial Day to the families of those who lost our lives in service to our country. To those currently serving in the military and to our veterans, we thank you and pray for the safety of our nation’s active military personnel.

The Wealthy’s Plan For The Rest of Us