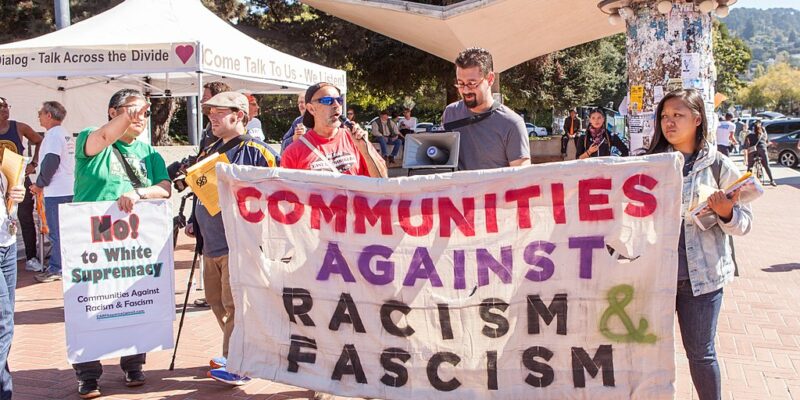 5-18-22 Update: And just like that, Biden’s “Ministry of Truth” has been put on “hold” and the tapped director of the Disinformation Board, Nina Jankowicz, has resigned, according to CNN. The board was an obvious attack on free speech from a White House that has watched its approval rating plummet over the past two years.

Jankowicz received criticism after she was announced as the director of the Disinformation Board after it was revealed that she would like you the power given to her to simply label criticisms of Democrats as “disinformation.”

TownHall showed that in “the final days of the 2020 campaign” she was “again pushing the *false* narrative that The New York Post’s reporting on the existence and contents of Hunter Biden’s laptop from hell. She peddled the idea that Hunter’s laptop was a continuation of 2019 efforts by Ukrainians to “‘sell access to alleged Biden emails.'”

The story continued: “And as recently as last March, Jankowicz was still tweeting about how “the alleged Hunter laptop” was the result of Kremlin proxies used to push “‘misleading or unsubstantiated claims.'”

The New York Post reported, “Jankowicz is neither a competent arbiter of truth nor a neutral one. In June 2016, she tweeted ‘#ImWithHer,’ sharing an ill-fated Hillary Clinton quotation that “A Donald Trump presidency would embolden ISIS.’ The believer in the idea systemic racism plagues America has intimated that critical-race-theory critics consist of ‘Republicans and other disinformers.’”

C.S. Lewis once wrote, “Of all tyrannies, a tyranny sincerely exercised for the good of its victims may be the most oppressive. It would be better to live under robber barons than under omnipotent moral busybodies.”

Earlier last week, Secretary of the Department of Homeland Security Alejandro Mayorkas told Congress that his agency is creating a “Disinformation Governance Board” to combat “misinformation” that gets stated on the Internet. The group will “immediately begin focusing on misinformation aimed at migrants, a problem that has helped to fuel sudden surges at the U.S. southern border in recent years. Human smugglers often spread misinformation around border policies to drum up business.”

Called Committee on Public Information, the organization will be led by Nina Jankowicz, who will head the board as executive director. Politico writes, “She previously was a disinformation fellow at the Wilson Center, advised the Ukrainian Foreign Ministry as part of the Fulbright Public Policy Fellowship and oversaw Russia and Belarus programs at the National Democratic Institute.” As anyone who can remember “two weeks to flatten the curve” or the made-up Steele Dossier used to attack the Trump administration, this is truly scary stuff because we know how it’s going to be used.

The Wall Street Journal explained the problem: “By creating the DGB, the U.S. government is creating a crisis monitor with the dial permanently set to ‘existential threat.’ No one inside the board will have the incentive—or the courage—to dial it down.

The dangers of the DGB will be amplified if it becomes the tool of partisan political actors. And it already has. Executive director Nina Jankowicz, who once described Hunter Biden’s laptop as ‘a Trump campaign product,’ has written that America’s ‘information landscape’ includes “declining trust in the media, fed by the Trump administration’s relentless attacks on the fourth estate.’ She has said: “Unless we mitigate our own political polarization, our own internal issues, we will continue to be an easy target for any malign actor—Russian or Iranian, foreign or domestic—to manipulate.”

Yes, you read that right. We must all fall in line because of the many grave threats—domestic as well as foreign—out there. Incorrect political opinions become a national-security threat. The DGB already looks frighteningly similar to the KGB.”

Law professor Jonathan Turley didn’t mince words when describing how dangerous this board could be. Writing in The Hill, he said, “President Biden already has established himself as arguably the most anti-free speech president since John Adams. During his transition period, Biden appointed outspoken advocates for censorship; as president, he has pushed social media companies to expand censorship, while his administration has been criticized for spying on journalists.

Now, with Elon Musk’s purchase of Twitter and his pledge to restore free speech values to the platform, panic has set in among Democrats — including Jankowicz, who told National Public Radio, ‘I shudder to think about if free speech absolutists were taking over more platforms, what that would look like for the marginalized communities.'”

The mainstream media has jumped on board to declare free speech to be a tool of “white supremacy.” MSNBC’s Mehdi Hasan said that Musk saying he supports free speech was akin to handing Twitter over to “neo-Nazis.” This statement seems less laughable when you consider what the Biden’s Ministry of Truth may soon be up to.

The Disinformation Governance Board has faced bipartsan criticism. Former Democratic presidential candidate Tulsi Gabbard claimed that Obama was behind the push for censorship. She tweeted, “Biden is just a front man,” Gabbard tweeted Sunday. “Obama, April 21: social media censors ‘don’t go far enough,’ so the government needs to step in to do the job. Six days later, Homeland Security rolls out the ‘Ministry of Truth’ (aka Disinformation Governance Board).”

Obama previously delivered a speech at Stanford University. He “declared that tech companies have an obligation to more strictly police disinformation and called for the government to facilitate that.”

The White House appears incapable of governing and seems convinced that the only way they can maintain their power is through force and stirring paranoia from their far-left base. As the Biden administration becomes more and more unpopular, we should be on the lookout for more power grabs by the White House as media figures praise it as “protecting democracy,” “stopping fascism,” “preventing misinformation,” or “fighting racism.”