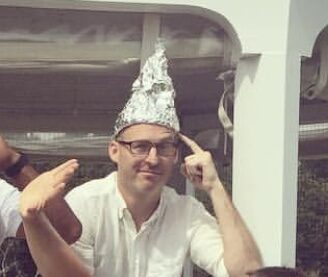 You can tell that the mainstream media is expecting the Democrats to lose on Election Day because they have already begun to write their conspiracy theory stories. Throughout the past year and a half, all the press has said is that voting machines cannot be hacked, elections are not stolen, and anyone who thinks otherwise threatens our democracy.

We should recall that The Washington Post once wrote the headline: “Some of Trump’s nuttiest election lies were around voting machines.”

Yet, despite their absurdity, the false claims caught fire among Trump supporters — surging distrust in election machines and election workers.

Barr told Trump the theories did not hold water, he said. But to no avail. ‘[The claims] were made in such a sensational way that they obviously were influencing a lot of people,’ Barr said. They prompted widespread belief ‘that there was this systemic corruption in the system and that their votes didn’t count and that these machines controlled by somebody else were actually determining it, which was complete nonsense.’”

It’s apparently not as nutty for DC journalists at Politico to make similar charges when it looks like Republicans are going to win:

The 2020 presidential election was rife with allegations of voting machine hacks that were later debunked.

Yet there are real risks that hackers could tunnel into voting equipment and other election infrastructure to try to undermine Tuesday’s vote.https://t.co/kDij1J08eU

Listing six “threats” Poltico writes, “The midterms face a bevy of digital threats, from stolen Twitter accounts to hacked election websites, that could spark chaos, confusion and unrest that last long after the polls close.

The 2020 presidential election was rife with allegations of voting machine hacks that were later debunked. Yet there are real risks that hackers could tunnel into voting equipment and other election infrastructure to try to undermine Tuesday’s vote.

The U.S. has many safeguards protecting voting equipment, so any actual hack would probably be localized, quickly detected and unlikely to affect final results. But as 2020 showed, even an attempt to change votes — or the mere allegation of tampering — could undermine faith in the outcome.

The New York Times and others in the media have decided to double down on “Russian interference,” pointing to Yevgeny V. Prigozhin, a Putin-linked businessman, who recently posted a statement on his company’s website, “I will answer you very subtly, and delicately and I apologize, I will allow a certain ambiguity. Gentlemen, we interfered, we interfere and we will interfere. Carefully, precisely, surgically and in our own way, as we know how. During our pinpoint operations, we will remove both kidneys and the liver at once.”

The newspaper wrote, “RIA Novosti, a Russian state-owned news agency, described the comments as ironic. But Mr. Prigozhin — the founder of a shadowy mercenary force closely linked to the Kremlin — has been accused of being deeply involved in such operations. In 2018, he was indicted by the United States in a case involving the troll factory that spearheaded Russian efforts to meddle in the 2016 elections in the United States.

Last year, the F.B.I. also put Mr. Prigozhin on its most-wanted list and the U.S. Treasury placed him under sanctions for organizing disinformation campaigns in elections in Asia, Europe and Africa. The U.S. government imposed additional sanctions on Mr. Prigozhin in March, shortly after Russia’s invasion of Ukraine.”

Researchers have detected a new, though more concentrated, campaign by Russia to try to influence Tuesday’s midterm elections. They said that the goal, as in previous U.S. elections, has been to empower angry conservative voters with the aim of undermining faith in American democracy. And, at a time when soaring energy prices and inflation threaten to dent support for the war, the campaign also appears intent on undermining the Biden administration’s extensive financial and military support for Ukraine in the face of Russian aggression.

The campaign — using accounts that pose as enraged Americans — has specifically targeted Democratic candidates in the most heated races, including the Senate seats being contested in Ohio, Arizona and Pennsylvania. The calculation appears to be that a Republican majority in the Senate and the House of Representatives could dent American support for the war in Ukraine.”

As liberal media search desperately for conspiracies to explain why the Democrats may have a rough midterm election, pollsters have continued to say the same thing. Democrats are focused on things voters don’t care about and have focused on fears that ordinary Americans don’t exist.

Polling has shown Republicans doing better with black and Latino voters, a shift that would cause a political earthquake and potentially implode the Democratic Party.

Although Black and Latino voters have historically backed Democrats by overwhelming margins, new polling points to a worrying trend for Democrats as the party seeks to hold on to power on Tuesday and in the years ahead.

About 17 percent of Black voters said they planned to vote for the Republicans on Tuesday, according to the latest Wall Street Journal poll, an increase of 11 percent from 2018.

Of course, Joe Biden saying racist things also has likely eaten away from Black support of the president’s party.

The Washington Examiner noted, “In 2018, 33% of Hispanic voters backed a Republican candidate, compared to 64% who supported a Democrat, a 31-point difference, according to the Associated Press-NORC VoteCast survey.

Tuesday’s results could upend years of underlying assumptions about the direction of black and Latino voters if the trend holds, John Anzalone told the Wall Street Journal.

It’s not hard to understand why the GOP has made such inroads. Despite Americans of all stripes saying that they are worried about the economy and inflation, the Biden White House, along with the rest of Biden’s party, has obsessed over Donald Trump, conspiracies, and “defending democracy,” which they’ve defined as “voting Democrat.”