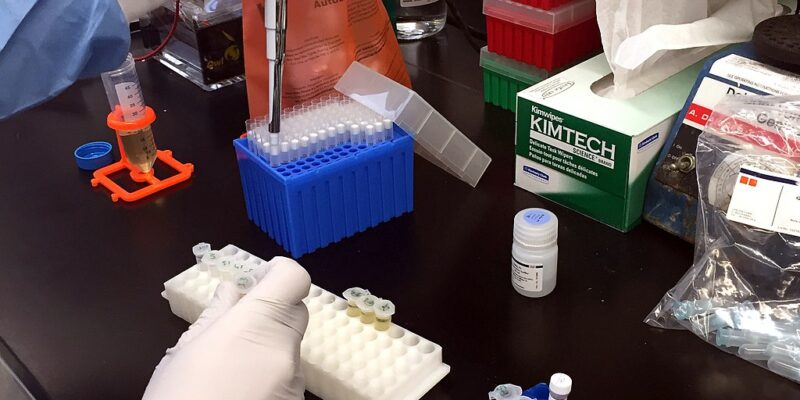 The National Institutes of Health has begun an investigation to determine if experiments performed by scientists at Boston University should have initiated a federal review. The scientists at the university lab allegedly created a combo-virus that takes some of the worst aspects of the virus and joined them together to make it even more potentially deadly.

The scientists say they are working to understand what role the Omicron variant’s “highly-mutated spike protein” could play in making it less virulent by exposing mice to the alleged supervirus.

According to CBS, “Federal health authorities say they are looking into whether the scientists should have sought their permission before undertaking research that could lead to a “gain of function” in the virus gaining new or enhanced abilities, which can be “inherently risky.”

And locally, a spokesperson for the Boston Public Health Commission says it is now reviewing application materials from the study’s scientists “to confirm that the research was conducted in conformity with protocols, and that they were properly overseen.”

Boston University is a fine place to study. They have a decent hockey team, and I’m sure their students love going to school there, but creating a potential supervirus at a university lab in the middle of one of America’s busiest cities seems like an idea that could rank highly on a list of terrible ideas.

The New York Post had more details. “The variant, a combination of Omicron and the original virus in Wuhan, killed 80% of the mice infected with it, the university said. When mice were only exposed to Omicron, they experienced mild symptoms.

The research was conducted by a team of scientists from Florida and Boston at the school’s National Emerging Infectious Diseases Laboratories.

They extracted the spike protein from Omicron and attached it with the strain first detected at the onset of the pandemic that began in Wuhan, China. They then documented how the mice reacted to the hybrid strain.

“In … mice, while Omicron causes mild, non-fatal infection, the Omicron S-carrying virus inflicts severe disease with a mortality rate of 80 percent,” they wrote in a research paper. The new strain has five times more infectious virus particles than the Omicron variant, researchers said.

The story first gained notoriety after the UK’s Daily Mail published the headline: “Experts slam Boston lab where scientists have created a new deadly Covid strain with an 80% kill rate.”

The newspaper continued, “Boston University scientists were today condemned for ‘playing with fire’ after it emerged they had created a lethal new Covid strain in a laboratory….The revelation exposes how dangerous virus manipulation research continues to go on even in the U.S., despite fears similar practices may have started the pandemic.

Professor Shmuel Shapira, a leading scientist in the Israeli Government, said: ‘This should be totally forbidden, it’s playing with fire.’

Dr Richard Ebright, a chemist at Rutgers University in New Brunswick, New Jersey, told DailyMail.com that: ‘The research is a clear example of gain of function research. He added: ‘If we are to avoid a next lab-generated pandemic, it is imperative that oversight of enhanced potential pandemic pathogen research be strengthened.'”

Gain of function research, the practice of creating more infectious and deadly viruses, has gained more public notice following COVID-19. The virus that shut down the world first occurred near a Chinese lab doing gain-of-function research on viruses from bats.

The practice has been restricted in the United States since 2017, but Republicans in the Senate have charged that Anthony Fauci lied to Congress when saying that his agency did not fund the practice in China. More recently, the retiring adviser to Presidents Donald Trump and Joe Biden has dragged his feet in releasing some of his emails where he called for media companies to censor critics of him.

Last year The Intercept reported, “Documents obtained by The Intercept contain new evidence that the Wuhan Institute of Virology and the nearby Wuhan University Center for Animal Experiment, along with their collaborator, the U.S.-based nonprofit EcoHealth Alliance, have engaged in what the U.S. government defines as “gain-of-function research of concern,” intentionally making viruses more pathogenic or transmissible in order to study them, despite stipulations from a U.S. funding agency that the money not be used for that purpose.”

Ronald B. Corley, NEIDL director and BU Chobanian & Avedisian School of Medicine chair of microbiology, the lab under question, told the media, “They’ve sensationalized the message. They misrepresent the study and its goals in its entirety. The study set out to examine the spike proteins on the SARS-CoV-2 Omicron variant (BA.1). Researchers were interested in comparing the variant with the original virus strain, known as the Washington strain. They wanted to find out if the virus was truly less virulent…They were interested in what part of the virus dictates how serious of a disease a person will get.”

He continued: “The animal model that was used was a particular type of mouse that is highly susceptible, and 80 to 100 percent of the infected mice succumb to disease from the original strain, the so-called Washington strain. Whereas Omicron causes a very mild disease in these animals.”

He said that the 80 percent number the media latched onto misrepresented facts. “This was a statement taken out of context for the purposes of sensationalism.”

In a statement, Boston University denied that they were practicing risky science:

“Boston University reiterated Corley, saying that the research “was reviewed and approved by the Institutional Biosafety Committee, which consists of scientists and local community members. The Boston Public Health Commission also approved the research,” according to the Boston Herald.

The university said, “We fulfilled all required regulatory obligations and protocols. Following NIAID’s guidelines and protocols, we did not have an obligation to disclose this research for two reasons.

The experiments reported in this manuscript were carried out with funds from Boston University. NIAID funding was acknowledged because it was used to help develop the tools and platforms that were used in this research; they did not fund this research directly,” the university added. “NIH funding was also acknowledged for a shared instrumentation grant that helped support the pathology studies. We believe that funding streams for tools do not require an obligation to report.”

The university said it is “in continued conversation with NIAID leadership and program officers.”

Federal authorities did not specify when the results of their probe into the university would be concluded.