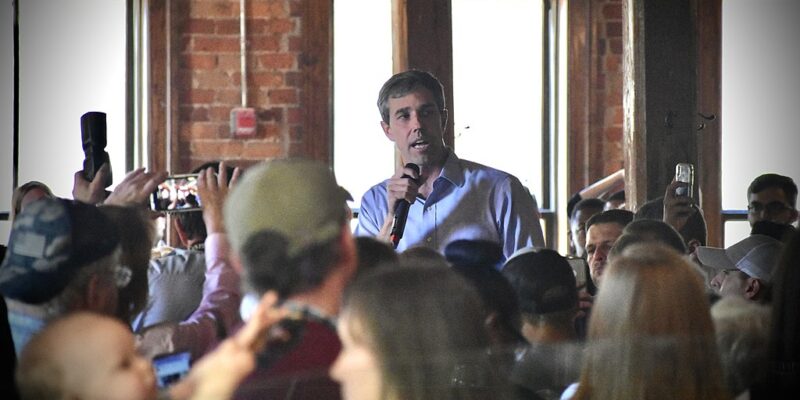 It has long been suspected that Beto O’Rorke’s billionaire father-in-law helped launch his career for two reasons. First, to use him on El Paso City Council to get some favorable treatment and, more importantly, to keep his hapless idiot of a son in law away from his business. In the aftermath of the horrifying shooting in Uvalde, Texas, that took the lives of 21 people, including 19 children, Beto took the time to remind the world of his innate ability to screw something up.

AP was at the scene: “Former U.S. Representative Beto O’Rourke stood up and interrupted a news conference on Wednesday by Texas officials following the latest mass shooting in the state, shouting, ‘You are doing nothing!’

O’Rourke, a Democrat who is running for governor of Texas against Republican Greg Abbott, began yelling to the gathered officials after Abbott finished outlining mental health resources available to those affected by the shooting that killed 19 children and two teachers in Uvalde, Texas, on Tuesday.

People shouted O’Rourke down and security officials moved to escort him out of the room after he broke into the news conference with accusations that the elected officials were doing nothing to stop gun violence.”

Townhall.com posted a video of the outrageous political stunt.

Uvalde Mayor Don McLaughlin stood up to O’Rourke’s attempt to make the shooting all about himself and his gubernatorial campaign, saying, “You’re a sick son of a bitch who would come to a deal like this to make a political issue.”

He continued by explaining that his town had been begging for mental health facilities for years. “We’ve been screaming about for a long time in our communities. The city donated land. We’ve been trying to get this mental health hospital built here. When we have kids that are suicidal or kids that have thoughts like this or even adults, we have no place to take them.”

O’Rourke became famous for his incredible flop during the 2020 presidential campaign where he said, “Hell, yes, we’re going to take your AR-15, your AK-47.” In about as cynical of a move possible, he exploited the tragedy of shootings to sell shirts with that slogan on them. We shouldn’t be surprised that he’d use the death of 19 kids to get his face on TV again. He’s completely shameless and not at all self aware.

The media followed Beto outside, supporting his effort after being escorted out of the auditorium for shouting down Greg Abbott while Abbott was trying to give an update on yesterday’s school shooting.

A former senior Obama adviser, applauding O’Rourke’s outburst, said, “There is going to be a lot of debate on this website about the politics and optics of what @BetoORourke did today, but I will say that the traditional political ways of responding have not yielded any results or prevented future shootings.” Left unsaid is what he means by “traditional political ways of responding,” which is just a way of saying elections shouldn’t matter. We should always remember that people like this only support democracy when it validates what they want to do.

Following the outburst, Texas Governor Greg Abbott continued the press conference, saying, “Every Texan, every American, has a responsibility we need to focus on ourselves and our agendas, we need to focus on the healing and hope that we are providing to those who suffered unconscionable damage to their lives.”

The governor also noted that laws allowing 18-year-olds to purchase long-barrel rifles have been around for roughly six decades before, noting that the thing that has changed over time isn’t access to guns but “the status of mental health in our society.”