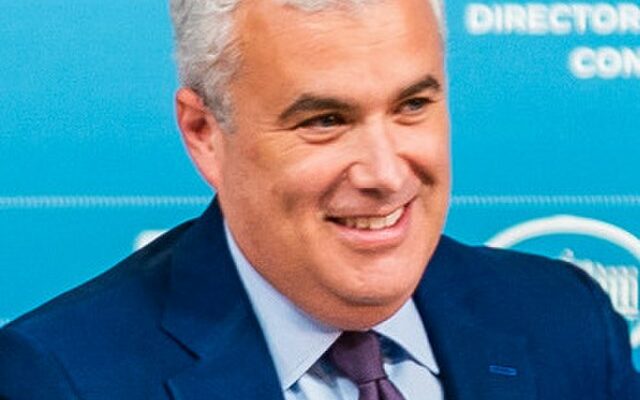 It’s now being reported that Joe Biden’s new chief of staff has long connected to the entire family. Jeff Zientz, reportedly the next in line after Klain, ran the president’s Covid-19 response effort and served in high-ranking roles in the Obama administration, but that’s only part of what he did.

The new man in charge at the White House reportedly met with Hunter Biden multiple times in 2016. At the time was serving as Obama’s director of the National Economic Council.

The Washington Examiner writes, “The February meeting allegedly involved a meetup between the Bidens, Zients, and billionaire David Rubenstein, who founded the Carlyle Group, a hundred-billion-dollar management firm.

On May 24, 2016, Zients, Hunter Biden, and Bradley met with several people, including Eric Lander, who recently departed from the White House Office of Science and Technology Policy, and former head of the National Cancer Institute, Richard Klausner.

The details of the three meetings are unknown. Hunter Biden has been the subject of severe scrutiny by congressional Republicans for his foreign business dealings.”

Zients has been labeled as the Biden Family’s “Mr. Fix It,” but it is unclear what exactly he was “fixing” for Hunter.

According to emails obtained from Hunter Biden’s abandoned laptop and verified by Fox News Digital, Zients met with Hunter Biden twice in February 2016 and on another occasion in May 2016, just months before President Biden, the vice president at the time, was set to leave the White House. President Biden also attended the first two meetings which both took place at the U.S. Naval Observatory, where the vice presidential residence is located.

During the first meeting — which took place on Feb. 12, 2016 — Zients, Hunter Biden, then-Vice President Biden met with David Rubenstein, a billionaire and founder of hundred-billion-dollar asset management firm The Carlye Group. Rubenstein is also the member of a series of other organizations including the World Economic Forum, Council on Foreign Relations and Kennedy Center for the Performing Arts.

President Biden has been criticized for vacationing at Rubenstein’s mansion in Nantucket, Massachusetts, over the past several years. After he spent Thanksgiving at Rubenstein’s home in 2021, the White House said the president had previously visited the home.

Additionally, Anne Marie Muldoon, who was an assistant for then-Vice President Biden between 2014-2017, sent Hunter Biden an invitation to attend a potential fourth meeting with his father, Zients, Bradley and Lander at the Naval Observatory on July 12, 2016. While it is unclear whether Hunter Biden joined the meeting, Muldoon sent him a copy of the meeting agenda after it took place.

IJR had this to say about the incoming advisor to the president. “As Biden’s COVID response coordinator, Zients was in charge of just one of the disastrous prongs of White House power. (He can’t be blamed for the disgrace of abandoning Afghanistan to sadistic Islamist thugs who hate the United States, of course, or for economic policies that have led to killer inflation. But in the Biden White House, failure has many fathers.)

And now he’s back to become the chief gatekeeper for Biden and the enforcer of White House policies. And as an associate of Hunter Biden, no less. That should make every American feel comforted.

The fact that he was an acting director of the Office of Management and Budget during the Obama presidency and sat on the board of the Bidens’ shaky, now-suspended cancer nonprofit just makes it all the more interconnected.

And to top all of that off, he has a paper record of meeting with Hunter Biden during the year of 2016, when the ever-industrious Hunter was making a king’s ransom sitting on the board of directors for a Ukraine energy company (which Joe Biden was arguably using U.S. taxpayer dollars to protect), serving as a board member and chairman of the World Food Program USA, and living the kind of life that led him to return a rental car in the middle of the night in Prescott, Arizona, that was still full of personal belongings like driver’s licenses, a Secret Service business card, and an attorney general’s badge.”

It might be time for Republicans in the House to start asking, what exactly did “Mr. Fix It” fix for Hunter Biden while serving as one of Obama’s economic advisors?