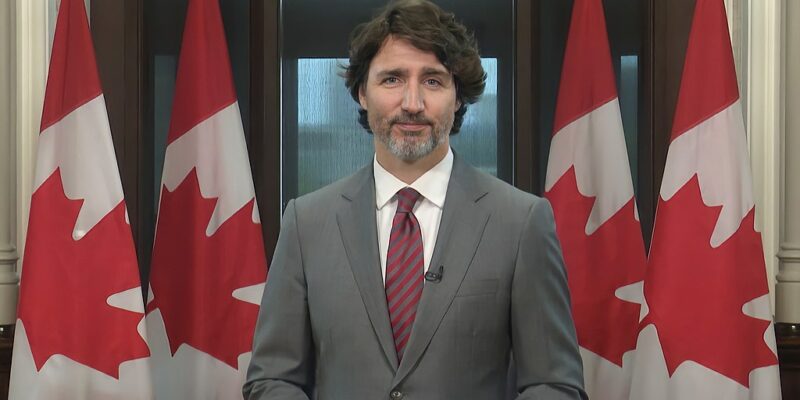 Canada appears to be turning into a dystopia, a nation that no longer values human life merely for its own sake. With the recent passage of their new assisted suicide law, first enacted in 2016 but expanded to cover “mental illness” earlier in the year, families living in the Great White North now have to be concerned that their confused or depressed relatives may be convinced to kill themselves in order to save the government-run national healthcare system some cash.

The AP recently reported the disturbing story of Alan Nichols. Like many people in their sixties, he had a medical history that included depression and other medical issues, but none of them directly threatened his life. “When the 61-year-old Canadian was hospitalized in June 2019 over fears he might be suicidal, he asked his brother to “bust him out” as soon as possible.

Within a month, Nichols submitted a request to be euthanized and he was killed, despite concerns raised by his family and a nurse practitioner.

His application for euthanasia listed only one health condition as the reason for his request to die: hearing loss.

Nichols’ family reported the case to police and health authorities, arguing that he lacked the capacity to understand the process and was not suffering unbearably — among the requirements for euthanasia. They say he was not taking needed medication, wasn’t using the cochlear implant that helped him hear, and that hospital staffers improperly helped him request euthanasia.”

This was not a one-off. The AP also reported about the story of Roger Foley who “became so unnerved by his hospital’s health care providers discussing euthanasia as an option that he started to record conversations. Foley has a degenerative brain disorder.

“During one reported conversation, the hospital’s director of ethics tried to guilt Foley into thinking about the cost of his hospital stay. The director told Foley it would cost ‘north of $1,500 a day,'” according to the Daily Signal.

The outlet continued: “When Foley asked what long-term treatments were, the director responded, ‘Roger, this is not my show. My piece of this was to talk to you, [to see] if you had an interest in assisted dying.’

Foley says he had never discussed ending his own life prior to the encounter.”

In 2018, Foley created his Assisted Life website, where he explains what’s been happening to him and offers updates. He writes, “I am the young man who is dying of Cerebellar Ataxia and substantially suffering while the Health Care system and Government is doing nothing to relieve my intolerable suffering, and denying me proper and necessary health care. They are trying to take my life away from me by a so called Medically Assisted Death, referred to as MAiD.

I have been dehumanized, threatened, attacked, and abused, and my life has been completely devalued just because I am a person with disabilities.

Greater value is placed on access to MAiD than access to alternatives that could alleviate a patients intolerable suffering.

MAiD is being presented to patients as a preferred treatment option rather than the very last resort once all other avenues have been exhausted.”

In a recent update, he stated, “I am the patient who has been in Victoria Hospital for over 4-years being pressured into assisted dying by the hospital and Government while they prevent my access to care options I need to live…

The Hospital is currently billing me $1800 dollars per day and continuing to coerce me to Assisted Dying during the Covid-19 pandemic when they threatened me with that and offered me Assisted Dying.”

Later in his post, he documents with footnotes some truly grotesque ideas being pushed by Canadian leaders: “Canada’s assisted dying regime is sliding out of control so fast that some health care staff are advocating for the “dead donor rule” to be voided so they can euthanize people by means of removing their vital organs to cause their death [emphasis NCP] 66, 67, 68, 69.

The expansion to cover “mental illness” has also opened pathways for the government to push suicide among its veterans, presumably to save more money.

The New York Post reported, “A Canadian armed forces veteran suffering from post-traumatic stress disorder and a traumatic brain injury was offered medical assistance in dying by an employee of Veterans Affairs Canada.

The VAC released a statement last week admitting to an incident “where medical assistance in dying was discussed inappropriately” with the veteran. The department pledged that “appropriate administrative action will be taken” after the veteran expressed outrage at the suggestion, according to a report in Global News.

According to the report, the veteran called VAC seeking support for PTSD when the employee brought up medical assistance in dying, or euthanasia, unprompted. The veteran was reportedly shocked by the suggestion. His family told Global News that the soldier had been making positive progress in his physical and mental rehabilitation and that he felt betrayed by an agency that is tasked with assisting veterans.

The veteran’s ordeal has since raised fears that the exchange may not have been an isolated incident, leading to questions about how often the agency has offered or discussed MAID with those suffering from PTSD.”

The Canadian system of assisted suicide has become so permissive that the world has begun to take notice and condemn its barbarity.

The New York Times wrote, “Among those critics are three United Nations disability and human rights experts, who said, in a letter to the Canadian government, that in legalizing assisted suicide for disabled people who are not terminally ill, the law, as written, has devalued their lives by suggesting “that significant disability can be worse than death.”

Some say that with the law’s expansions, Canada is turning assisted suicide into an almost routine medical option, instead of treating it as an extraordinary measure taken in limited situations.

“Canada has the least safeguards of all of countries that allow it,” said Trudo Lemmens, the chairman in health law and policy in the faculty of law at the University of Toronto, referring to the assisted suicide legislation generally, “and it has the most open-ended system.”

‘It’s a state-funded, state-organized, medical system providing end of life,’ he continued. ‘What I find particularly troublesome is that there is no other jurisdiction that treats the ending of life by a physician as a standard medical practice.'”

Tim Stainton director of the Canadian Institute for Inclusion and Citizenship at the University of British Columbia told the media that Canada’s lax euthanasia regulations were, “probably the biggest existential threat to disabled people since the Nazis’ program in Germany in the 1930s.”

He may not be too far off. One writer noted, “In 1941, a Nazi made this table showing how much money the gov. would save by preventing persons w/ disabilities from living ten years longer. In 2020, the Parliamentary Budget Officer in Canada released a table of the “reduction in healthcare costs” through euthanasia.”

ABC News reported, “During his recent trip to Canada, Pope Francis blasted what he has labeled the culture of waste that considers elderly and disabled people disposable. ‘We need to learn how to listen to the pain’ of the poor and most marginalized, Francis said, lamenting the “patients who, in place of affection, are administered death.’

Canada prides itself on being liberal and accepting, said David Jones, director of the Anscombe Bioethics Centre in Britain, ‘but what’s happening with euthanasia suggests there may be a darker side.’

Government officials reported that in 2021, “there were 10,064 MAID provisions reported in Canada, accounting for 3.3% of all deaths in Canada. The number of cases of MAID in 2021 represents a growth rate of 32.4% over 2020. All provinces continue to experience a steady year over year growth.”

Assisted suicide activists have slowly been gaining traction in the United States. In February, Washington Monthly wrote a piece titled, “Why Democrats Should Become the Party of Medically Assisted Dying,” trying to mainstream the idea. Over the past decade or so, nine Democratic-led legislatures have legalized assisted suicide in their states.

In 2022, Oregon declared it unconstitutional to refuse assisted suicide to people from other states willing to travel there to be killed. This effectively makes everyone in the United States eligible for that state’s suicide regime.

Death With Dignity, a public advocacy group, spent hundreds of thousands of dollars lobbying for the cause in 2021.